Two top executives at Imagination Technologies who quit in protest at a putative Chinese coup have agreed to stay at the company following assurances about its future ownership.

Staff at the Hertfordshire-based chip developer, which counts Apple among its biggest customers, were informed of the pair’s decision by Ray Bingham, acting chief executive, on Thursday.

The development comes less than a fortnight after Mr Evans and Mr Rayfield resigned after moves by China Reform Holdings, an investment vehicle with links to Beijing, to take control of Imagination’s board.

Mr Evans said in his resignation letter: “China Reform have clearly set out to take control of the business for reasons best known to themselves, and I will not be part of a company that is effectively controlled by the Chinese government.”

China Reform’s plan had sparked fears within Imagination that the company would be redomiciled to China, prompting a backlash from MPs about the possibility of British-owned technology being shifted offshore.

The reaction from Westminster was particularly hostile because of calls from some Conservative MPs for a “reset” of the UK’s relationship with China in the aftermath of the coronavirus pandemic.

An Imagination spokesman said on Friday that the only top-level resignation from the company was now that of Ron Black, the chief executive, who left earlier this month.

The decision of the two executives to remain at Imagination will provide a significant boost to Mr Bingham, who is also a partner at Canyon Bridge Capital Partners, Imagination’s owner.

China Reform is a big investor in the Canyon Bridge fund which owns the British chip developer.

Mr Bingham told the Financial Times this week that fears about the company moving to China were “quite wild”, although one person close to Imagination described his comment as “preposterous”.

One source said, however, that Mr Bingham was “starting to win hearts and minds”.

Sky News revealed this week that Imagination was preparing to appoint several independent board members as a safeguard against any future hostile move.

Another of the company’s former bosses, Sir Hossein Yassaie, warned the government that China Reform was using “COVID cover” in a bit to seize control of Imagination.

When details emerged of China Reform’s plot to take control of Imagination, one insider said that the move appeared to have been timed at “the point of maximum distraction” for ministers dealing with the coronavirus pandemic.

Sky News revealed earlier this month that the Trump administration had also begun investigating the situation.

The intervention by Washington’s Committee on Foreign Investment in the UK intervention has come two-and-a-half years after it blocked Canyon Bridge’s takeover of Lattice Semiconductors in 2017.

Imagination boasts that its graphics processing units (GPUs) are used in 30% of the world’s mobile phones and, in total, 11bn devices globally.

The foreign affairs select committee has launched a separate inquiry into “foreign asset-stripping of UK companies”, which comes in the wake of the government’s decision to give Huawei, the Chinese telecoms equipment manufacturer, a role in the construction of Britain’s 5G network.

It was unclear on Friday whether developments in the last 48 hours would do anything to satisfy ministers’ and MPs’ desire for reassurance over Imagination’s future.

Fri Apr 24 , 2020
(Reuters) – Shares of gold miners and funds dealing in the precious metal have rallied in recent weeks as the coronavirus crisis rocked global markets and investors raced to buy safe-haven assets. FILE PHOTO: A customer shows a piece of gold for sell at a goldsmith, as the demand for […] 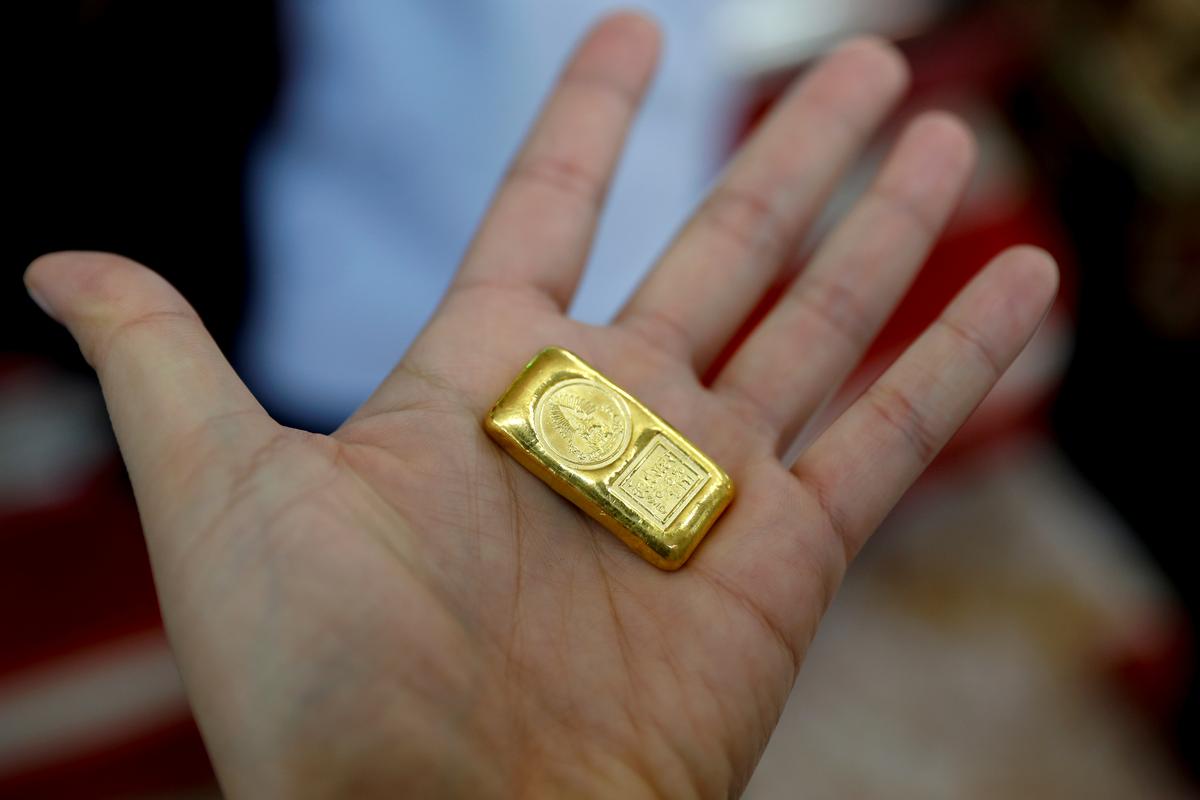