WASHINGTON (Reuters) – International Monetary Fund chief Kristalina Georgieva urged governments and the private sector to step up their efforts to help African countries and other emerging markets weather the economic and health impacts of the coronavirus pandemic.

Georgieva lauded a decision by the Group of 20 major economies and Paris Club creditors to temporarily suspend debt service payments by the poorest countries. She said the IMF’s steering committee had unanimously urged private sector creditors to join in to stem a massive outflow of capital from emerging markets and prevent unnecessary bankruptcies.

G20 officials and Paris Club creditors agreed on Wednesday to suspend debt service payments for the world’s poorest countries through the end of the year, a move matched by a group of hundreds of private creditors.

But finance ministers and a growing chorus of non-profit groups are calling for broader debt relief to help other low- and middle-income countries that are also plagued by high debt burdens as they brace for worsening pandemic impacts.

Coronavirus cases in Africa could shoot up from thousands now to 10 million within three to six months according to provisional modeling, a regional World Health Organization (WHO) official said on Thursday.

Speaking after a meeting of the IMF’s steering committee, Georgieva told a videoconference news briefing on Thursday that the IMF and the World Bank were looking at ways to “ease the burden” on other countries saddled with high debt levels.

“Of course, there are other countries that are under the burden of debt … and both the World Bank and the IMF are committed to look into debt sustainability issues on a country by country basis,” she said.

The IMF, World Bank and ministers from African countries will meet online with UN officials and others on Friday to discuss their call for debt relief, Georgieva told reporters.

Georgieva said Africa was a high priority for the IMF and the World Bank, noting that many countries on the continent had been growing at rates of 6% or more, before the pandemic, providing a boost for a generally sluggish global economy.

“Now is the time to make sure that we don’t lose the momentum of this Africa on the move,” she said.

African leaders are calling for broader debt relief after seeing external debt payments double from 2015 to 2017 to 11.8%.

He said he “strongly supported” Wednesday’s debt relief decision by the Group of 20 major economies and the Paris Club, and urged private creditors to take part on a voluntary basis.

Enhanced disclosure by borrowers and creditors of public and publicly guaranteed debt would allow detailed analyses of debt sustainability levels by the IMF and World Bank, he said, paving the way for “further action on debt as needed.”

Fri Apr 17 , 2020
The unprecedented economic disruption caused by the Coronavirus has led many individuals to consider taking the irrevocable step of trading their future retirement security to ease a cash crunch today. Since “pension freedoms” were unleashed in 2015, more than £80bn has flowed out of traditional final salary-style pension schemes. More […] 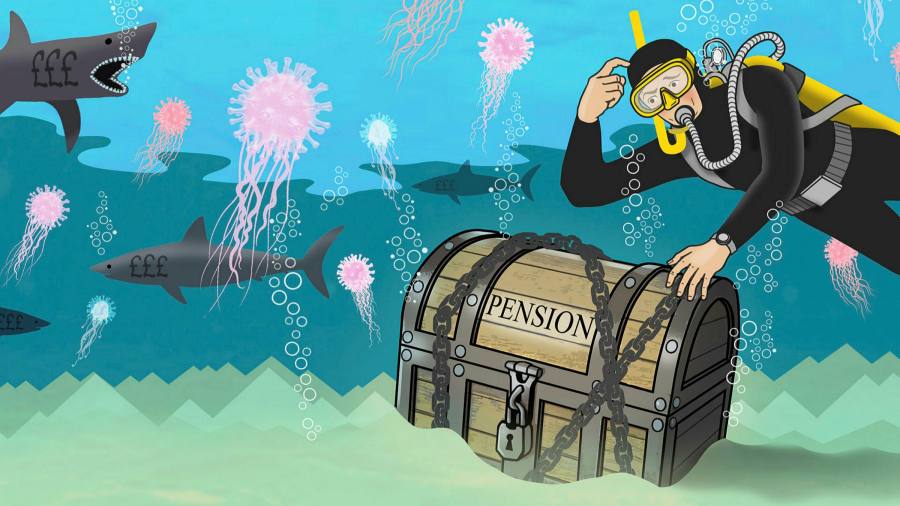