FILE PHOTO: A man wears a protective mask as he walks on Wall Street during the coronavirus outbreak in New York City, New York, U.S., March 13, 2020. REUTERS/Lucas Jackson/File Photo (Reuters) – The U.S. central bank now has a stake in the fortunes of a broad swath of corporate […]

(Reuters) – The U.S. central bank now has a stake in the fortunes of a broad swath of corporate America after buying about $1.3 billion (1.06 billion pounds) of bond funds with debt issued by firms in all walks of the world’s biggest economy, from Apple Inc (AAPL.O) to a clutch of companies in bankruptcy.

The details on holdings in the Fed’s Secondary Market Corporate Credit Facility, one of nearly a dozen emergency programs the Fed has rolled out since March to respond to the coronavirus crisis, were published Friday.

The Fed’s largest investment-grade fund holding – iShares iBoxx US Dollar Investment Grade Corporate Bond ETF (LQD.P) – contains 30 Apple bonds giving the Fed about $5.7 million of exposure to the maker of iPhones through that ETF alone as of May 19. Apple is also a holding in other ETFs the Fed bought.

The largest of the facility’s junk bond fund holdings – iShares iBoxx High Yield Corporate Bond ETF (HYG.P) – gives the Fed around $25,000 of exposure to three companies that have filed for bankruptcy since the health crisis erupted, including $14,000 to car rental company Hertz, $10,000 to retailer JC Penney, and $1,500 to department store operator Neiman Marcus.

All told the Fed made 158 purchases of shares in 15 exchange-traded funds from May 12 and May 18, the data showed.

Until the health crisis, the Fed had bought U.S. Treasuries and government-backed bonds. The SMCCF’s purchases of bond ETFs represent entirely new territory.

The SMCCF also bought shares in six of the seven largest ETFs devoted to high-yield – or junk – bonds, accounting for $223.4 million, of 17% of its overall portfolio.

The Fed’s investment in HYG was just over $100 million.

Sat May 30 , 2020
LONDON (Reuters) – The Lloyd’s of London insurance market said on Friday it is considering combining its physical underwriting floor in the City of London with some online elements. FILE PHOTO: A woman wearing a protective face mask walks past Lloyd’s building in London, following the outbreak of the coronavirus […] 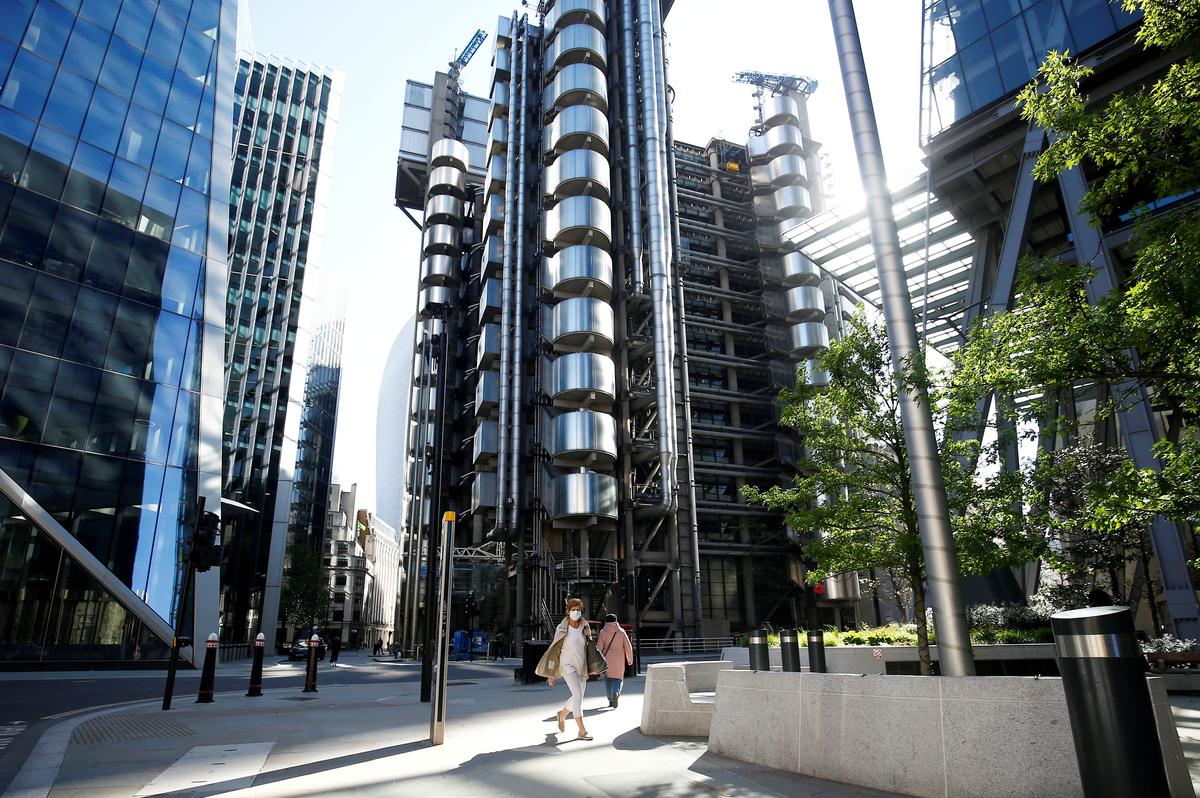