MOSCOW (Reuters) – The coronavirus pandemic has spawned a new form of financial fraud in Russia, with people using medical goods purchases as a front for money laundering scams, the central bank said on Thursday.

Suspicious money transfers out of the country from domestic banks were at a record low last year, said Dmitry Skobelkin, deputy governor of the Bank of Russia, but some fraudulent practices had risen since the onset of the health crisis.

Like many countries around the world, Russia imposed lockdown restrictions to limit the spread of the coronavirus, leaving many businesses, including banks, forced to communicate with customers online.

“With the development of our, so to speak, intellectual automation, it’s quite easy to fake everything at home that is needed for identification,” said Skobelkin.

The authorities have ordered citizens across the country to observe social distancing and wear medical masks and gloves when out in public, as restrictions gradually begin to be eased.

Skobelkin said there was a small number of suspicious foreign purchases of protective gear.

“In one case we had to freeze 91 million roubles (1 million pounds) at an account of a bank, which I won’t name, that was supposedly to be used to buy masks at the beginning of the pandemic,” he said.

The masks were not supplied and the suspects are now under investigation, Skobelkin added.

Thu May 28 , 2020
The Premier League is set to restart its season next month, as it seeks to prevent more than £500m in losses at England’s top football clubs after fixtures were suspended because of the pandemic. The 20 member clubs of the top tier voted on Thursday to resume matches on June […] 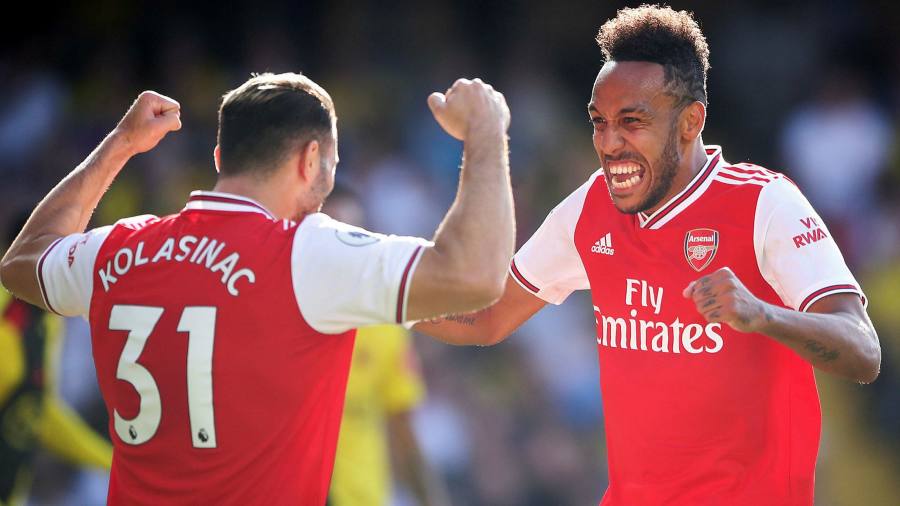