One of the central aims of the UK government’s “levelling-up” strategy is to spread opportunities more widely so that young people don’t have to leave their hometowns to succeed. This plays to the widely-held impression that Britain is a country where graduates flock to London to make their fortunes, just like folklore hero Dick Whittington. But to look at the data, what is surprising isn’t how many Dick Whittingtons there are, but how few.

This is not to say the familiar story is wrong. New research by the Institute for Fiscal Studies shows that, all else being equal, graduates were 10 percentage points more likely than non-graduates to have moved away from the place they grew up by the time they were 27. A quarter of the graduates who moved went to London, while Brighton, Bristol, Leeds and Bath were also popular. This migration has caused a “brain drain” from poorer communities. Only 13 per cent of graduates who grew up in London had left by age 27, compared with about 60 per cent of graduates who grew up in poor places.

But that still leaves a lot of people who stay put. For both men and women, 80 per cent of non-graduates and 60 per cent of graduates lived in the same area when they were 30 as they did when they were 16. What’s more, the evidence suggests the propensity of young people to move might be falling over time. The number of young people moving home and starting a new job fell by a third between 1997 and 2018, according to the Resolution Foundation think-tank.

The UK isn’t the only country to experience this trend. Internal migration rates have been declining in the US since the 1980s, for example. There, economists have suggested explanations such as the rising number of dual-earning couples and a growing “rootedness” among residents of cities that were once full of recent arrivals.

Some of the reasons for slowing mobility in the UK could be positive. The disparities in wages and employment rates between different areas in the UK have gradually fallen since the 1990s, thanks in part to a booming jobs market and the rising minimum wage. Though still large, these disparities are about as low as they have been in the past 20 years. Young people might therefore have less reason to move across the country for work than they once did. Another possibility is that they are simply happier at home. Over the past decade, Londoners have reported lower levels of life satisfaction than people in any other region.

There are gloomier explanations too. Between 1997 and 2018, rents have outstripped earnings in areas with higher pay levels, which means moving to those places doesn’t boost one’s living standards as much as it used to.

This could mean missing out on career opportunities. Regional pay gaps might have narrowed somewhat overall, but the IFS data show that graduates in subjects like law, technology, languages, business and economics still earned much more if they moved. Male law graduates who moved away earned almost 20 per cent more than those who stayed at home, after controlling for differences in background characteristics. The authors conclude that moving to certain areas “might be necessary to fully take advantage of the returns to these degrees”.

All this suggests the government’s ambition to spread highly-skilled jobs more evenly around the country is a good one. As others have noted, though, the new strategy answers the question “where do we want to go?” far better than the question “how will we get there?”

In that context, policymakers should be delighted by the growth of remote and hybrid work sparked by the pandemic. Here is a trend that would spread good jobs more widely and cool housing costs in crowded cities like London, allowing more young people to stay at home if they want, or follow Dick Whittington if they prefer. Yet rather than let it rip, ministers are chivvying people back to their offices. “The sooner we get back to the pre-Covid world the better in terms of workplace practices,” business minister Kwasi Kwarteng has said. For the sake of “levelling up”, let’s hope everyone ignores him.

Tue Feb 8 , 2022
Britain’s energy regulator has admitted it should have toughened financial oversight of the country’s electricity and gas retail market much earlier, as it came under fire from MPs for its role in a price crisis that will push up household bills 54 per cent this year. Jonathan Brearley, chief executive […] 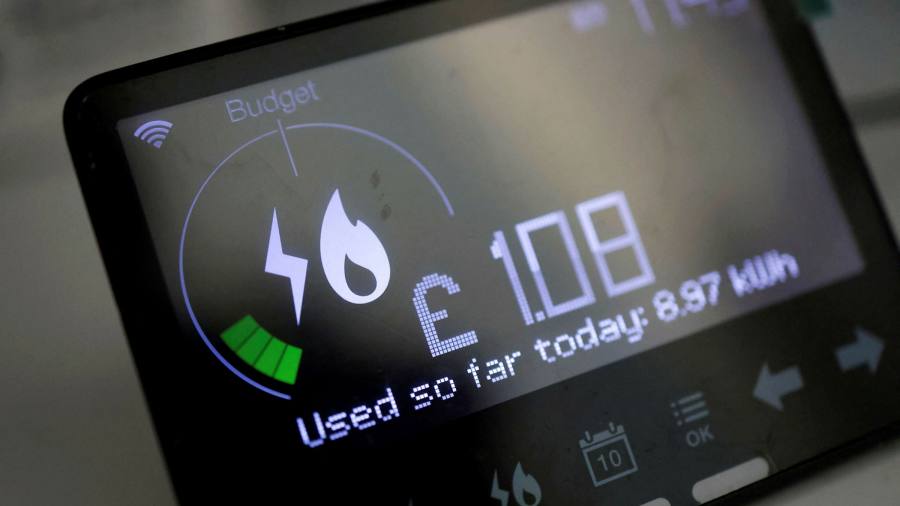