The UK’s leading customs and logistics associations have demanded an “urgent” meeting with chancellor Rishi Sunak and Cabinet Office minister Michael Gove after warning Brexit border preparations are inadequate and risk causing “severe” disruption to supply chains next year. The group of 11 signatories, including trade lobby groups the Road […]

The group of 11 signatories, including trade lobby groups the Road Haulage Association and Logistics UK, as well as several leading freight companies, said they wanted the meeting because their concerns about the end of the Brexit transition period on December 31 were now “so strong”.

The intervention comes as negotiations on a future EU-UK trade agreement appeared to have stalled, with both sides warning of the rising risk of a “no deal” exit.

In a letter to Mr Gove, the minister responsible for Brexit delivery, the groups said the current state of preparedness had “significant gaps” that risked leaving the supply chain “severely disrupted” if not addressed.

“Our concern is so strong that we have collectively agreed to request an urgent roundtable meeting with yourself, the chancellor of the exchequer and secretary of state for transport [Grant Shapps],” they wrote.

“We are asking you to take seriously our concerns and listen to the detail during this roundtable so that we can collectively help government manage through this enormous challenge,” added the letter, seen by the Financial Times.

The letter was written after a series of increasingly heated meetings with the government’s Border Delivery Group, which was shifted to the Cabinet Office under Mr Gove last June in order to help expedite preparations.

Individuals familiar with the discussion told the FT that senior officials had revealed a basic lack of knowledge about the complex and time-consuming processes by which customs brokerages took on new clients.

“The government just often fails to grasp the real-world complexities — for example, of preparing existing data sets to work with customs declarations,” said one logistics expert party to the talks. “This usually takes several months. We have 85 days and still lack basic information.”

Robert Windsor, executive director at Bifa, the international freight forwarders’ association, which also signed the letter, said the government had simply failed to grasp the scale of the task facing the industry.

The government has to listen and grasp the detail, because the issues being raised are not being resolved fast enough

“The very significant difficulty in trying to link all the parties, exporter, export agent, carrier (haulier, ferry operator) import agent and importer and providing a method for all these parties to communicate . . . is neither appreciated nor acknowledged.”

A memo by Cabinet Office officials summarising industry concerns, seen by the FT and first reported by Bloomberg on Thursday, warned that the logistics industry was having to adapt to 10 new systems from January 1 and that “critical gaps” still needed to be filled.

The memo, which lists industry concerns to be highlighted with ministers, described the plethora of new systems as “unnecessary and unmanageable with duplication and overlap” and noted demands that the process needed to be “simpler at every stage”, including creating a single interface, at least for the new UK government systems.

Among the other issues raised urgently by industry is lifting state aid restrictions to enable government to increase grant funding to business to hire more customs brokers.

Logistics experts said the functionality of IT systems were crucial to ensuring that the 10,000 trucks that cross the Channel on a daily basis can flow freely when customs controls are reimposed on January 1 next year, requiring an estimated 215m additional customs declarations per year.

The government announced its new Border Operating Model in July, which is to be phased in over a six-month period, but the European Commission has said that vehicles travelling to the EU from the UK will require the full range of border checks immediately.

Industry has grown frustrated with the failure of government to follow through with operational details, while accusing ministers and officials of failing to understand the scale of adjustments business will need to make.

Sarah Laouadi, European policy manager at Logistics UK — formerly the Freight Transport Association — said that even if the new SmartFreight app was ready in October or November there was not enough time for businesses to learn the system.

“This will leave logistics businesses carrying the can for the government’s failure to plan in a timely fashion — something we have been warning about for some time now,” she said.

Richard Burnett, chief executive of the Road Haulage Association, which co-ordinated the letter to Mr Gove, added: “The government has to listen and grasp the detail, because the issues being raised are not being resolved fast enough.”

The Cabinet Office confirmed receipt of the letter, noting that the government was spending more than £750m on infrastructure, technology and customs intermediary sector ahead of the January 1 deadline.

It said: “The Border Operating Model sets out in significant detail the approach to UK border controls after the transition period. We worked closely with industry in its development and will continue to do so.”

Thu Sep 3 , 2020
Taxes on pensions paid to millions of retired workers could be raised to help the country’s finances recover from the Covid-19 crisis, MPs were told this week. Paul Johnson, head of the Institute for Fiscal Studies, a think- tank, said there was a case for retirees to pay higher taxes on […] 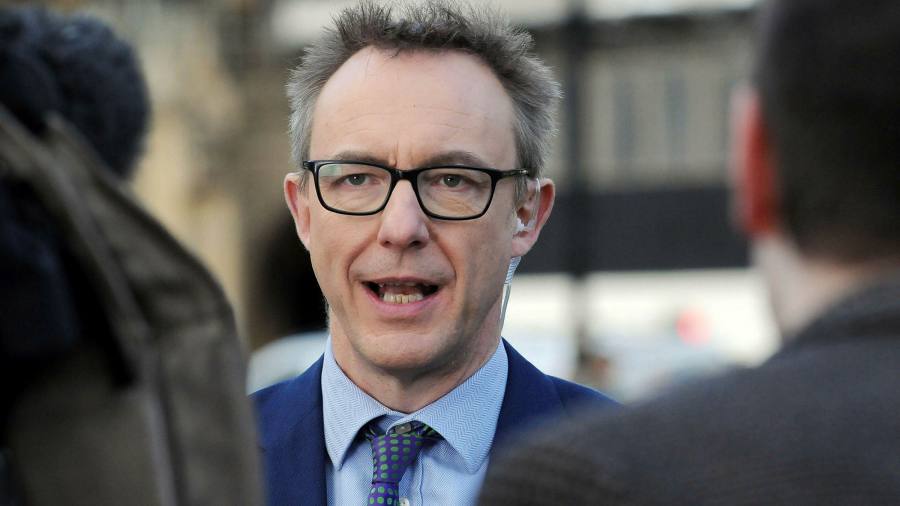