In the wake of the most serious pandemic for a century, growth will plunge and unemployment will rise. But what will happen to inflation?

Economists are split. Some, such as Charles Goodhart, believe supply constraints and rampant government spending will push up prices. Others — such as Gavyn Davies — think otherwise, arguing that demand will be so weak that inflation will remain subdued.

We’re not going to make a judgment on what’s going to happen longer term. What we want to spell out here is two things about the readings over the next few months. The first is inflation will drop dramatically. The second is the official readings will be misleadingly low. Here’s why.

Oil alone is enough to drive inflation down

Statisticians calculate inflation using a “basket” of goods and services that represents the nation’s spending habits. Prices for energy and other goods affected by the oil price take up a big proportion of people’s spending wherever you look — they account for more than 10 per cent of the inflation basket in the eurozone, for instance.

But people may not feel any wealthier.

Take the impact of the oil price shock on one of the most important crude-related goods: diesel. It’s already been profoundly hit. According to German website clever-tanken.de, the price of diesel at the pump has plunged from around €1.30 per litre in late January to €1.04. Few of us are driving much at the moment, though.

Which brings us to our second point.

The pandemic has had a drastic impact on consumption patterns.

One aspect of which is that prices for goods deemed “essential” — such as disinfectants, rubber gloves and masks — have soared due to demand. Yet this will not be properly reflected in the inflation figures, because the baskets include these items to a far lesser degree relative to current spending habits.

In the eurozone at least, this is unlikely to change anytime soon. Eurostat, the European Commission’s statistics authority, has said that it will keep its inflation basket unchanged for the rest of the year:

The HICP sub-indices are aggregated using weights reflecting the household consumption expenditure patterns of the previous year. The HICP weights are updated at the beginning of each year and are kept constant throughout the year. Thus, the weights will not change this year as a result of the impact of the COVID-19 on expenditures.

Another point to make here is the inflation figure will not take into account changes in the way food is priced. Some of our fellow FT Alphavillains pointed out last week that Ocado had very few of the offers that customers usually expect.

No discounts implies a de facto rise in prices. Yet, as The Economist noted, this will not be taken into account for the purposes of the Office for National Statistics’ inflation measure:

At the moment, buy-one-get-one-free offers are excluded from the calculations on the assumption that their use by retailers doesn’t vary much. That assumption no longer holds: supermarkets have been dropping such offers at an unprecedented pace, branding them “irresponsible” as they may encourage hoarding. Tesco, Britain’s largest supermarket chain, cut the number of promotions by 14% in March. By not taking their disappearance into account, future inflation measures will understate price rises.

How can you measure what no longer exists?

We tend to look at the price of Lufthansa’s flights between Manchester and Frankfurt a lot, and they’ve looked extraordinarily cheap over the past few months.

The trouble is many of those flights didn’t end up taking off. Direct flights on the route haven’t run since mid-March and are yet to begin again — despite the airline offering tickets on several occasions in the interim, only to cancel them. The latest offers right now are for late-May. Again they look like a bargain, but we are pretty sure they’ll be cancelled at short notice:

The point is most Europeans simply cannot access many of the services that feature in the inflation basket right now. Yet, Eurostat will still record the prices of goods such as flights and holidays, because they’re still being advertised online:

Price collection can fail because of restrictions that do not allow price collectors to visit sampled outlets, because outlets have been closed down, or because it is impossible to offer certain services (eg flights). Possible sources to replace the missing prices in case manual price collection activities are restricted are the following:

That’ll make it look as though there are loads of good deals out there. But how good a deal is a week in Sicily in June for less than £350 if you don’t know if you are going to face two weeks of quarantine on your return? Or even get there in the first place?

Some policymakers are aware of the problems. Via the Bank of England’s Monetary Policy Committee member Silvana Tenreyro (our emphasis):

The ONS has already taken steps to provide new faster indicators of online prices, which will be helpful data. But an additional difficulty is that price collection will also be impossible for many goods and services sold by the businesses (or even entire sectors) which have temporarily shut down.

The key conceptual challenge is that there have been large shifts in spending patterns, which will change the representative household consumption basket. Spending on social consumption has stopped almost completely, for example, while spending on essentials from supermarkets has increased markedly. These changes will be largely temporary, but while they persist, interpretation of the data will be particularly difficult. There are also likely to be considerable shifts in the prices of some goods still in high demand relative to those no longer being purchased. Moreover, some of the changes in spending patterns may prove to be more persistent. The exact effect of these issues, or even the sign of their effect, is going to be difficult to gauge.

The trouble is they are going to have to justify decisions partly on the basis of these flawed readings.

The latest numbers on eurozone inflation — a flash estimate for April — are due out on Thursday, the same day as the European Central Bank’s policy vote. They’ll be interesting viewing, for sure. But whether the numbers are of any use, is another matter.

Tue Apr 28 , 2020
M&S says it will “change ways of working permanently” and implement “very significant” cost-cutting measures when it publishes annual results next month overshadowed by the coronavirus crisis. The retailer said it had seen “severely constrained” trading in its key clothing and home division during the lockdown and is preparing for […] 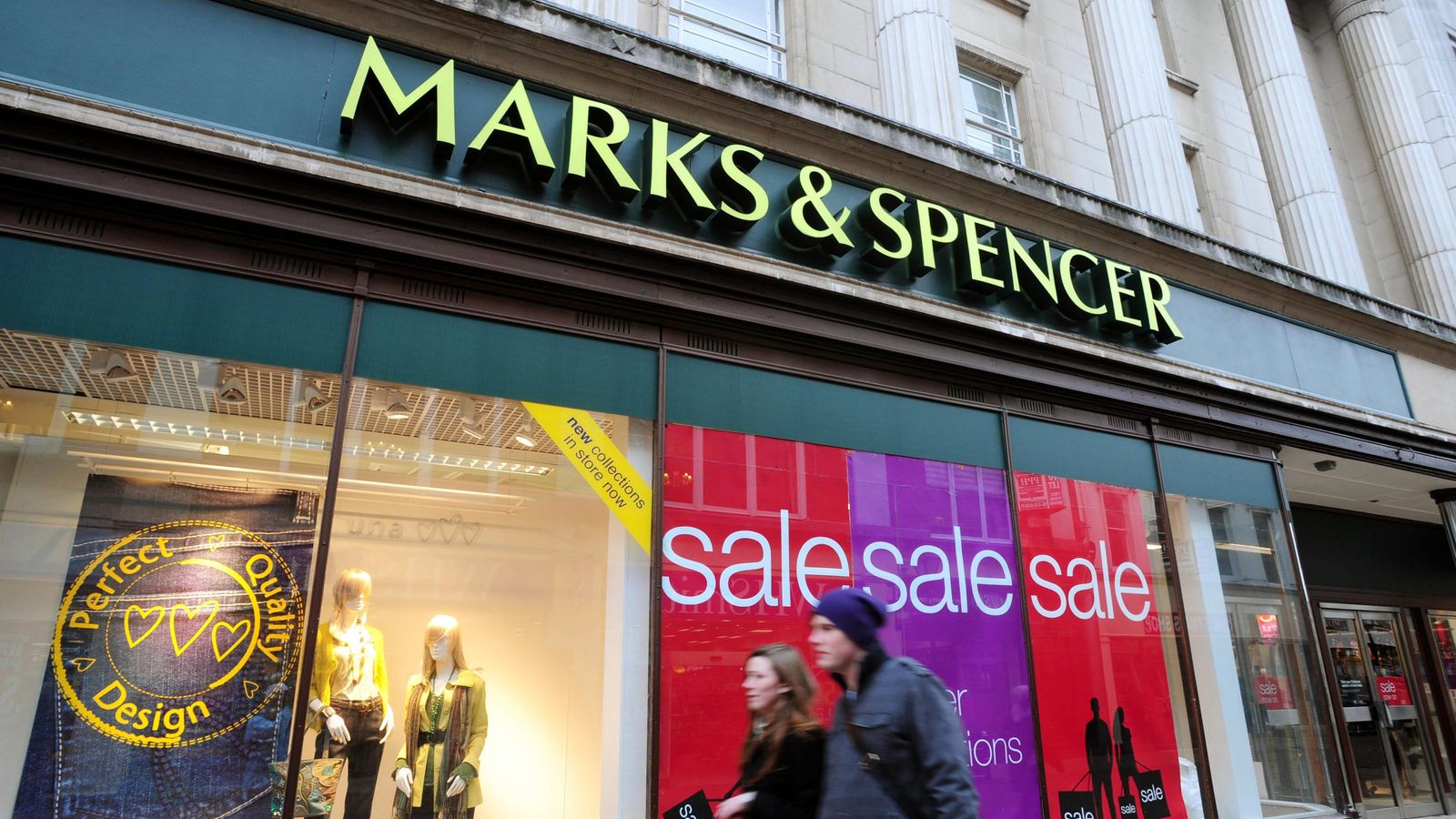