A string of prominent executives are investing millions of pounds in an Indian Premier League (IPL) cricket franchise, underlining the burgeoning commercial appeal of the country’s fast-expanding middle classes.

Sky News has learnt that Philip Jansen, the BT Group chief executive, Ron Kalifa, the former Worldpay vice-chairman, and Ed Wray, one of the founders of the betting exchange Betfair, have agreed to become shareholders in the Rajasthan Royals outfit.

The businessmen are acquiring their interest through the vehicle Emerging Media, which is 100%-controlled and run by Royals co-founder Manoj Badale and which now owns 51% of the Royals franchise.

The IPL side last year featured the England fast bowler Jofra Archer in its ranks.

The Royals were founded more than a decade ago by Lachlan Murdoch, the co-chairman of News Corp and executive chairman and CEO of Fox Corporation, and Mr Badale, a builder of technology companies through Blenheim Chalcot, the venture builder he co-founded with Charles Mindenhall.

Sources said that the new investors in Emerging Media had backed a £25m fundraising which had enabled it to substantially increase its stake in the Royals.

Alongside the fundraising, Andrew Strauss, the former England cricket captain and now chair of the England and Wales Cricket Board committee responsible for developing he professional game, is understood to have agreed to join the Rajasthan Royals board of directors.

News of the fundraising comes just hours before the Royals are due to begin their IPL campaign with a clash against the Chennai Super Kings, one of the favourites to win the competition.

This year’s competition is being staged in the United Arab Emirates, with its timing and location both altered as a result of the global coronavirus pandemic.

The Royals were one of the IPL’s eight founding franchises, and won the inaugural tournament in 2008.

The capital injection underlines the continued appeal of the IPL as a commercial offering, even as sports around the world – including cricket – suffer financially as a result of coronavirus-related media and sponsor rebates.

A five-year broadcast rights deal with Star India, struck in 2018, was said to have been worth $2.5bn, while in the UK, Sky News’ immediate parent company, Sky, secured the rights to show each of the 60 matches in this year’s tournament to viewers in the UK.

The IPL is said to be the world’s most lucrative cricket tournament, and this year includes many of the sport’s best-known players, including Virat Kohli, the Indian batsman, and Dale Steyn, the South African fast bowler.

Its first match, which saw the Super Kings beat the Mumbai Indians by five wickets, took place on Saturday.

In a recent report assessing the brand valuations of the IPL’s member franchises, the professional services firm Duff & Phelps said there was huge untapped commercial potential within the tournament.

“Like all major global sporting brands, along with the usual revenue sources it is imperative that franchisees engage with fans off the field to be able to monetize their brand more effectively.

“IPL teams can reference the popular English Premier League clubs who have set a benchmark on monetizing their brands by engaging their billion-plus fan base across the world using various innovative marketing and brand building techniques,” it said.

“We have seen that IPL has still not been able to capitalize on the merchandising market, which is a major source of revenue for sporting brands across the world.

“With a billion plus population [in India], the opportunity is massive, yet largely untapped.

“The large, unorganized counterfeit market in India has been a major challenge and it is important to crack the whip on counterfeit products to maximize the gains for the IPL ecosystem.”

Duff & Phelps estimated earlier this year that the IPL could face losing $1bn if the season had to be cancelled.

Mr Badale has hinted that a public flotation of the Royals could be on the cards in future, telling the Financial Times during the summer: “I don’t think it will be that long until you see publicly-quoted IPL teams,”

None of the new investors in the Royals could be reached for comment.

Seconds out, round two at the World Trade Organization

Mon Sep 21 , 2020
FT premium subscribers can click here to receive Trade Secrets by email. Hello from Brussels. A lot of interest here watching developments in the TikTok saga in the US. Tensions over data and security between Brussels and Washington aren’t exactly on the US-China scale, but the EU is still making […] 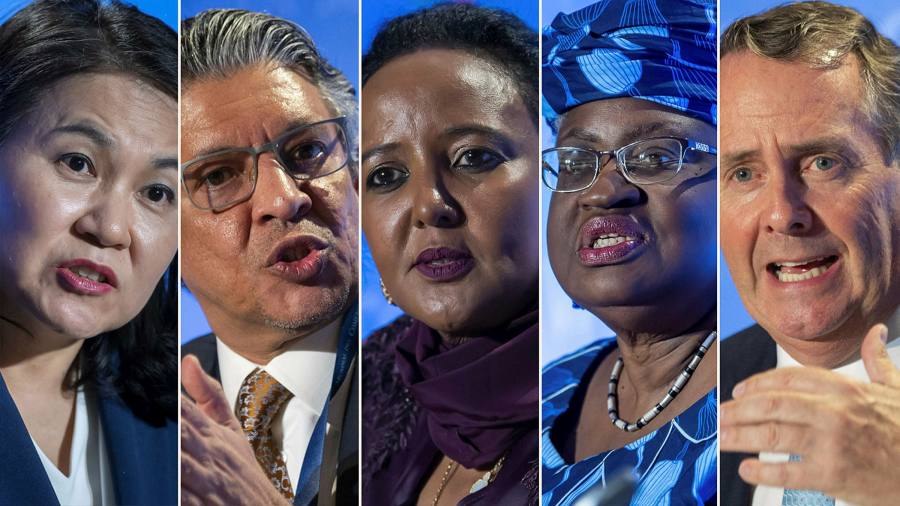