Japan markets were set to jump at the open, following a surge in the U.S. markets overnight as tech stocks rallied.

Futures pointed to a higher open for Japanese stocks, with Nikkei futures traded in Chicago at 23,195 compared to the Nikkei 225’s last close at 22,843.96.

Shares in Australia were set to be relatively unchanged at the open, with the SPI futures contract at 6,130, as compared to the S&P/ASX 200 which last closed at 6,132.00.

Meanwhile, Australia’s jobs data is expected to be released at 9:30 a.m. HK/SIN. It comes as coronavirus cases surged again in recent weeks in Victoria state. Authorities had to impose a night curfew and tighten restrictions again last week in Melbourne, Australia’s second-largest city, according to Reuters.

On Wall Street, stocks jumped as traders stateside seemed to shrug off uncertainty over a second coronavirus stimulus bill, even as House Speaker Nancy Pelosi on Wednesday said both sides were still “miles apart” on relief negotiations.

The Dow Jones Industrial Average jumped 1.1%, while the Nasdaq Composite outperformed, rallying 2.1%. Facebook, Amazon and Netflix were all up at least 1.5% while Alphabet, parent of Google, advanced 1.8%. Microsoft and Apple gained more than 2.8% each.

“Optimism persists it seems with respect to early agreement on a new US fiscal support package, despite a complete lack of evidence of movement in this direction,” Ray Attrill, head of foreign exchange strategy, wrote in a morning note.

The U.S. dollar index, which tracks the greenback against a basket of its peers, was at 93.443, weakening from levels above 93.6 seen earlier in the week.

The Japanese yen traded at 106.88 per dollar, weakening after levels above 105 earlier. The Australian dollar changed hands at 0.7163, strengthening from earlier this week.

What’s on tap for Thursday (all times in HK/SIN):

— CNBC’s Fred Imbert and Arjun Kharpal contributed to this report.

Wed Aug 12 , 2020
California cases and Texas deaths surge on revisions Peter Wells in New York California reported a daily increase of more than 11,000 coronavirus cases for a second straight day as the state continues to process a backlog of infections caused by a data glitch. The state’s caseload rose by 11,645, […] 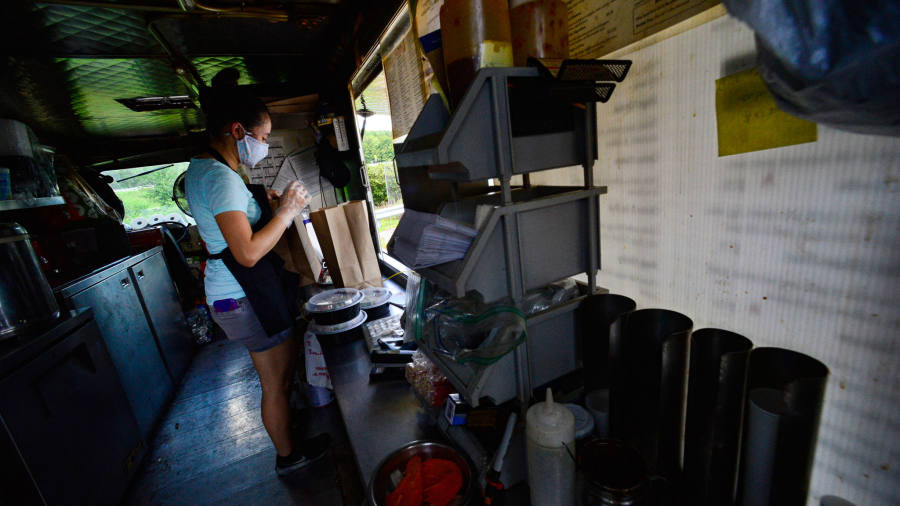