TOKYO (Reuters) – Japan is boosting its new economic stimulus package to expand cash payouts to its citizen as the coronavirus fallout threatens to push the world’s third-largest economy deeper into recession.

Prime Minister Shinzo Abe unveiled the new stimulus less than two weeks after his cabinet approved an earlier plan to spend 108.2 trillion yen ($1 trillion), which had detailed payouts of 300,000 yen to households with sharp drops in incomes hit by the outbreak.

Abe has caved into pressure from within his own ruling bloc to boost the help with a payment of 100,000 yen for every citizen instead of 300,000 yen for limited households, analysts say, even as the new amount triples the cost to 12 trillion yen from what the government had originally planned.

Expansion of the scheme may support private consumption that accounts for more than half of the economy, some analysts said, while others believe most of the payout would end up in savings rather than spending to shore up the economy.

“Recipients of the payouts include the rich and the people whose incomes are not suffering, so savings will also rise,” said Ryutaro Kono, chef economist at BNP Paribas Securities. “Even considering more people will suffer an economic pain this time than during the 2009 financial crisis, the proportion of the payouts that will be spent is estimated at about 40%. As such, it would push up GDP only by 0.3 percentage points.”

The upsized package will total 117.1 trillion yen (871.80 billion pounds), with fiscal measures making up less than half of it, a draft reviewed by Reuters showed. Some 25.7 trillion yen will be funded by an extra budget for the fiscal year from April 1, compared with an initial extra budget worth 16.8 trillion yen.

While the government boosts fiscal stimulus, the Bank of Japan has also joined other central banks to roll out stimulus to stave off the risk of global recession.

The government now plans to issue extra bonds worth 25.6914 trillion yen to fund the supplementary budget, the draft showed.

Of the extra bond issuance, some 23.3624 trillion yen will be deficit-covering bonds and the reminder will be used to finance infrastructure spending, bringing the amount of market issuance to the upper range of 152 trillion-153 trillion yen.

The extra borrowing will add to the industrial world’s heaviest public debt burden, which is more than twice the size of Japan’s $5 trillion economy.

It is rare for the government to compile an extra budget at the start of a new fiscal year, and it is even rarer to revise a budget draft that has been approved by the cabinet after coordinating closely with the ruling coalition.

Last week, the prime minister, who has been criticised by some over his handling of the pandemic, apologised for confusion over a plan to start distributing coronavirus relief payments next month.

Abe’s cabinet is expected to endorse the stimulus spending plan as early as Monday.

More than 200 people have died from the virus in Japan, which has reported over 11,000 infections, of which more than a quarter are in Tokyo. 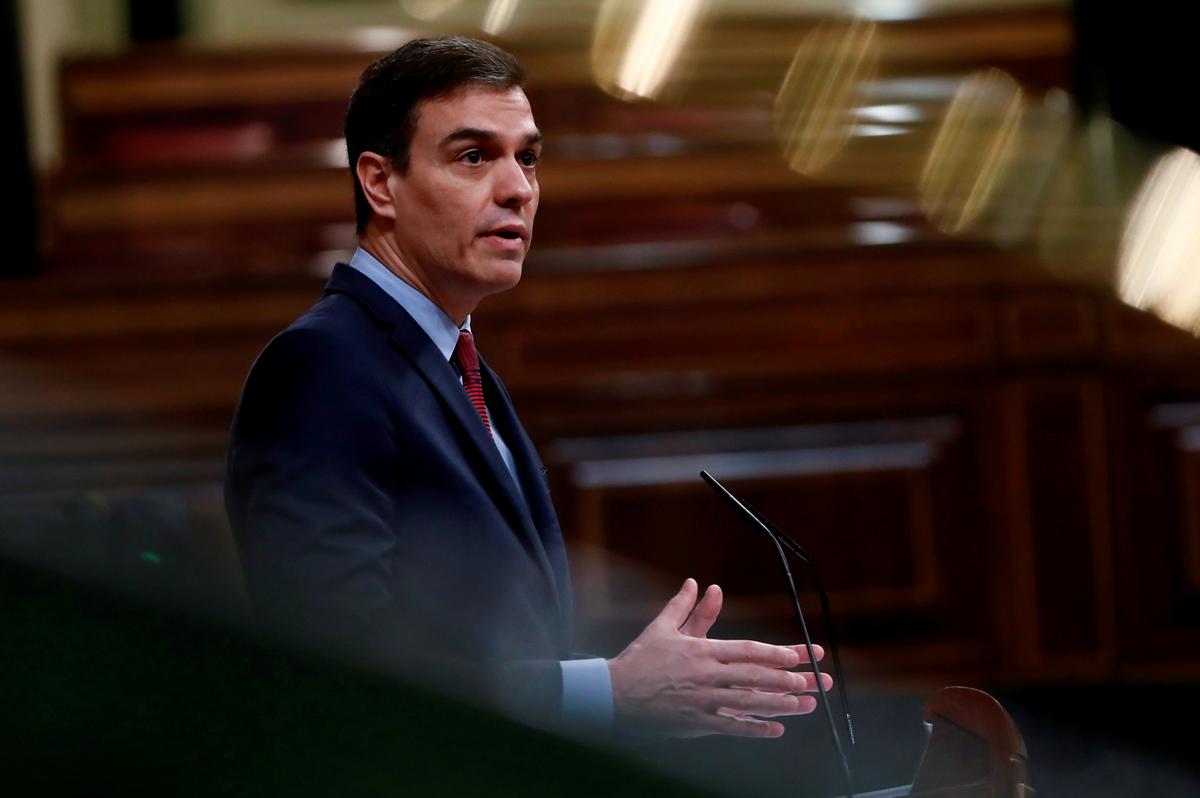