TOKYO (Reuters) – Japan will create a scheme to inject capital into large and mid-size companies suffering from the coronavirus pandemic, government and ruling party officials said, as the health crisis threatens to inflict even deeper pain on its ailing economy.

The move would mark an escalation in the government’s crisis response, which so far has focused on loans and subsidies to small firms, in a sign of its concern over the widening damage from the pandemic.

Under the scheme, state-affiliated lenders will invest in ailing companies by offering subordinated loans or accepting preferred shares, four officials told Reuters on condition of anonymity as they were not authorised to speak publicly.

Investment by the government will help companies strengthen their financial standing, which would allow them to borrow money from banks more easily and avoid downgrades to their credit ratings.

The scheme will be included in a fresh package of measures the government will map out to cushion the economic blow from the pandemic, and funded partly by a second supplementary budget for the current fiscal year that began in April, the officials said, confirming a report in the Nikkei newspaper.

A panel of ruling party lawmakers began a series of meetings on Wednesday to work out details of the scheme, as well as discuss other ideas to forestall bankruptcies.

Yoichi Miyazawa, chairman of the panel, told Reuters last month that the government and central bank may need to set up a special purpose vehicle to inject capital into companies hit by the pandemic.

The world’s third-largest economy is on the cusp of a deep recession, as the pandemic has forced households to stay home and businesses to shut down. Japan has reported close to 16,000 coronavirus infections and over 650 deaths.

Big companies in key Japanese industries, including auto giants like Toyota Motor Corp (7203.T), have suffered slumping profits, stoking fears of a wave of bankruptcies and job losses that could devastate an already weakening economy.

“If a big company goes under, it leads to several tens of thousands of job losses. It would also have a devastating impact on regional economies,” Finance Minister Taro Aso told parliament on Thursday.

“We need to make sure that doesn’t happen,” he said.

The government has said it will use all available tools to help Japan’s car and autoparts makers hit by supply chain disruptions, slumping demand and factory shutdowns caused by the health crisis.

The Bank of Japan also plans to hold an emergency policy meeting as early as this month to set up a reward scheme for financial institutions that boost lending to small firms hurt by the coronavirus.

The big restart: how businesses are coming out of lockdown

Thu May 14 , 2020
Pressmark Pressings, which provides parts for carmakers such as Honda and Nissan, restarted work this week for the first time since the UK government ordered the lockdown at the end of March. But with just 16 of its 90-strong workforce back at its factory in Atherstone in the west Midlands, […] 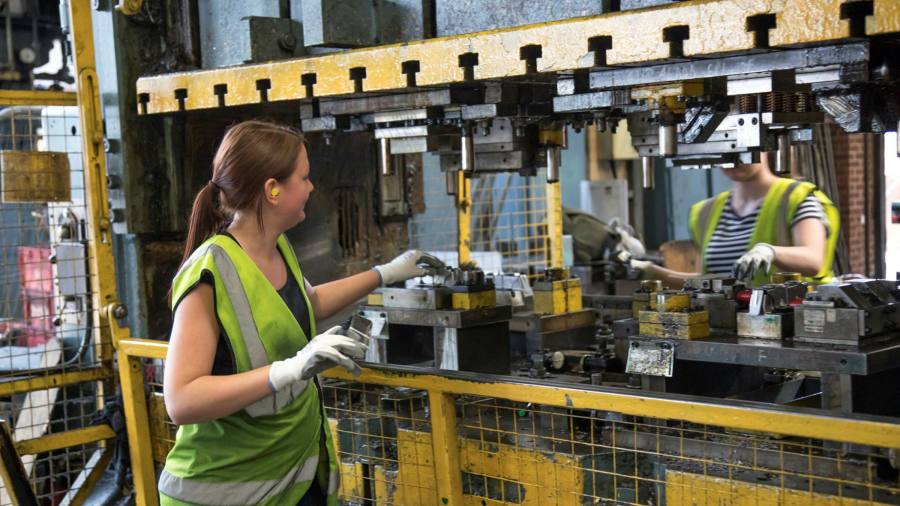