LONDON (Reuters) – John Lewis Partnership warned on Tuesday that sales at its department stores division could crash by 35% this year in a worst case scenario for the coronavirus crisis.

The employee-owned group, which also owns the Waitrose supermarket chain, also said it would accelerate a strategic review that new chairman Sharon White launched in March.

The partnership said sales at its department store business had fallen 17% year-on-year since the middle of March and were down 7% since Jan. 26 – the start of its 2020-21 financial year.

Its 50 John Lewis stores have been closed since March 23, a day before Britain went into lockdown to try to stop the spread of the virus, but its online operation has continued to trade, with its sales up 84%.

The group said the highest demand has been for products linked to working and living at home like technology and food preparation but also in looking after and entertaining children and keeping fit. But it said these tended to be less profitable products.

“We are buying more Scrabble but fewer sofas,” said Chairman White, who along with all other directors has taken a 20% pay cut.

To preserve cash it has also lowered planned stock intake, reduced marketing spend by 100 million pounds, cut capital and investment spend by 200 million pounds and furloughed 14,000 employees, which it calls partners, under a government’s scheme.

The group is also negotiating with landlords regarding rent relief, including a switch to monthly from quarterly payments.

Waitrose sales are up 8% since Jan. 26, benefiting from strong demand for food both before and during the lockdown. It said demand for home delivery has been especially strong and it has increased capacity by 50%, raising operating costs.

Under its worst case scenario Waitrose’s sales would fall less than 5% over the full year.

White said the British government’s 12-month business rates holiday would save the group around 135 million pounds.

In early March, before the severity of the outbreak was known, White warned it could take up to five years to revive the group. Her review will now be substantially complete by the summer.

“It will seek to take account of changes in consumer behaviour to come out of the pandemic, such as a more pronounced shift to online and a desire to shop in more sustainable ways,” she said.

Tue Apr 21 , 2020
FILE PHOTO: French Economy and Finance Minister Bruno Le Maire speaks on the phone at the Bercy Finance Ministry in Paris, France, April 14, 2020. REUTERS/Benoit Tessier PARIS (Reuters) – France suggested on Tuesday that a proposed European recovery fund would be more effective if it stands apart from the […] 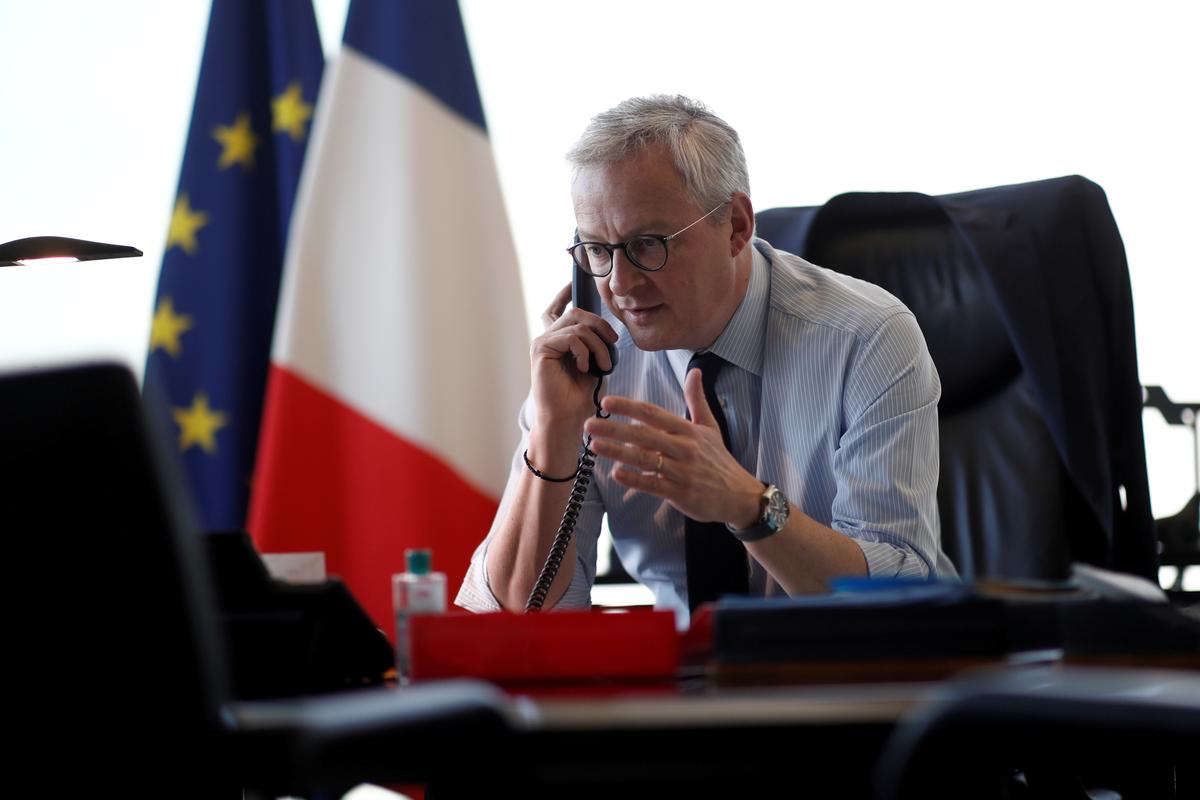