Boris Johnson on Thursday faced a backlash across northern England as he prepared to impose tough new coronavirus restrictions, with pubs and restaurants braced for closure in the worst-affected areas.

Chris Whitty, England’s chief medical officer, briefed MPs from the north and the Midlands about what one attendee described as “a softening-up exercise” ahead of new controls due to be unveiled next week.

Civic leaders in Manchester and Liverpool condemned Mr Johnson for failing to consult them, and the prime minister faces a Conservative rebellion in the House of Commons next week amid claims the measures will cause unnecessary economic damage.

Andy Burnham, Greater Manchester’s Labour mayor, tweeted: “No discussion. No consultation. Millions of lives affected by Whitehall diktat. It is proving impossible to deal with this government.”

Meanwhile Steve Rotheram, Labour mayor of Liverpool city region, said it was “deeply disappointing” to read media reports of new Covid-19 restrictions “rather than hearing it during a genuine dialogue between ministers and local leaders”.

Prof Whitty’s attempt to persuade sceptical Conservative MPs of the case for tough new restrictions on the hospitality sector was only partially successful.

One Tory said cities in the north were facing partial closure on the basis of “Chris Whitty putting his finger in the air”.

Prof Whitty, briefing scores of MPs, presented a slide showing that about 30 per cent of coronavirus cases had been linked to exposure of customers and staff in pubs, restaurants and cafés. He said a principal purpose of pubs was to facilitate household mixing.

Labour MPs attending the briefing exchanged WhatsApp messages asking why — if Prof Whitty thought pubs and restaurants were risky settings — the Treasury had funded a hospitality discount scheme in August to encourage people to “eat out to help out”.

Some Conservative MPs believe the closure of hospitality businesses in the worst-affected areas will cause untold economic damage.

Dozens of Tories have threatened to vote against the existing 10pm pub and restaurant curfew in the Commons next week, when they will be asked to approve the measure retrospectively.

However Labour has indicated it will abstain in the vote, ensuring a victory for Mr Johnson, who has told allies that he is determined to stick with his 10pm curfew.

The prime minister is expected to finalise the latest stage in the government’s coronavirus restrictions over the weekend, before announcing new measures on Monday.

A new “three tier” alert system will be introduced, with those areas of England placed in the top rung expected to see the closure of pubs and restaurants.

A middle tier would see restrictions on household mixing, while the lower rung would involve a continuation of national restrictions, including the 10pm curfew.

A leak of a government document to the Nottingham Evening Post suggested new local restrictions would take effect next Wednesday.

The Treasury is standing by to help businesses facing closure under the new proposals.

Options on the table include wage subsidies and a local version of the government’s furlough scheme. Grants could be disbursed to closed businesses through local councils.

Allies of Rishi Sunak, chancellor, said the Treasury had a “toolkit” of support prepared, tailored to the nature and duration of the restrictions. 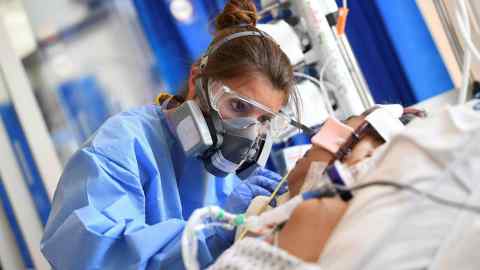 Some Tory MPs believe Mr Johnson may place some towns and cities into the top tier of the new alert system for a limited period — known as a circuit breaker — to try to interrupt the spread of the disease.

Conservatives said they were being deluged with warnings from companies that if they were forced to close — even for a few weeks — they would never reopen.

One Tory MP said many people in the north had been subject to local lockdowns for months, but had seen no results. “People have come to the not unreasonable assumption that it doesn’t work,” he added.

A growing number of Conservative MPs, supported by some Tory-supporting newspapers, believe the economy should be left open with special attention paid to protecting the most vulnerable.

The UK on Thursday recorded 17,540 new coronavirus cases, 3,300 more than during the previous 24 hour period.

Nottingham recorded more than 2,000 cases in one week, making it the new hotspot for the virus.

Thu Oct 8 , 2020
Health authorities across the UK believe the normalisation of eating out and drinking in pubs has contributed to the UK’s second wave of Covid-19, triggering howls of rage from the battered hospitality sector, which says there is little proof they are responsible for spreading the virus. However, the dispute over […] 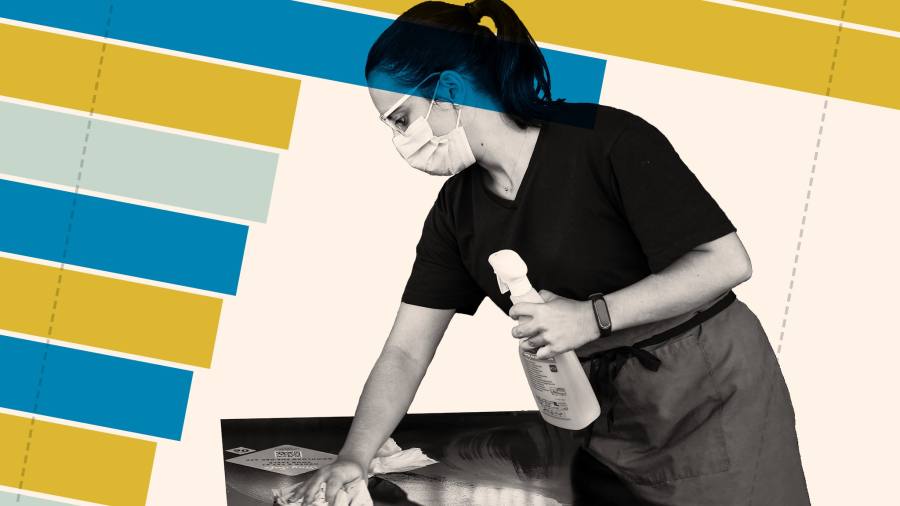