Boris Johnson has seen off a rebellion by Tory MPs attempting to impose a legal bar preventing the government from watering down food standards in the UK.

Mr Johnson, the prime minister, has long insisted that the government has no plans to allow products such as chlorinated chicken and hormone-fed beef into the country through a future trade deal with the US.

But critics believe that the UK government could be forced into such concessions because it is so determined to secure a post-Brexit deal with Washington.

MPs voted on Monday night by 332 to 279 to reject an amendment — previously passed in the House of Lords — proposing to enshrine food safety and animal welfare standards in UK law.

A group of close to a dozen Conservative MPs rebelled against the whip to back the amendment.

George Freeman, Conservative MP for Mid Norfolk, said: “We are saying that we defend farming and the standards that we support, but are denying this House the means to guarantee them.”

He went on: “The truth is we can talk about standards. But if we expose UK farmers and growers to imports coming in at a lower price . . . they will not be able to compete and we will be throwing away the opportunity of a great industry to lead the world.”

Neil Parish, Conservative chair of the environment select committee, said his party should stand by its manifesto commitment on animal welfare and the environment.

“We now have the sovereignty to develop and argue and produce our own trade deals as we move forward. So why are we not a great beacon of animal welfare and environment as we negotiate these trade deals?”

Mike Pompeo, US secretary of state, said in January that Britain must open its markets to American agricultural goods as part of any deal.

Liz Truss, trade secretary, has likewise said she does not want a “blanket ban” on imports that do not comply with British farming regulations: “I want to make sure our farmers are able to continue with their high standards, but I don’t want to stop developing countries exporting their goods to us.”

But Monday’s vote was condemned by groups including Which?, the consumer rights group, which called it a “disappointing setback”.

Jamie Oliver, the celebrity chief, has warned of an influx of cheap foreign food if ministers are able to prevent “proper parliamentary scrutiny”.

Minette Batters, president of the National Farmers’ Union, has called for “binding commitments that strengthen scrutiny of trade deals and safeguard our animal welfare and environmental standards”.

Theresa Villiers, a former Tory environment secretary, said on Monday that the UK was the third-biggest food market in the world and should not “sell ourselves short”.

“As we become an independent trading nation again, we should be projecting our values through our trade policy,” she said.

“So we should not remove restrictions or tariffs on food imports unless they comply with standards which are equivalent to our own. Ministers should not give way to US pressure on this.”

The government has promised to set up a new “Trade and Agriculture Commission” to oversee future food standards but the group will only have advisory powers and will be wound up after six months.

Ministers have resisted an amendment designed to put the new body on a statutory footing and retain it for four years.

The government prevented a relevant amendment to the Agriculture Bill by arguing that it went beyond the powers of the Lords and so required a “money resolution”.

Victoria Prentis, an environment minister, said the government was on the side of British farmers and high standards.

“Alongside my colleagues on this side of the house, I stood on a clear manifesto commitment that, in all of our trade negotiations, we will not compromise on our high environmental protection, animal welfare or food standards,” she told the House of Commons.

But Chris Sherwood, chief executive of the RSPCA animal charity, said the government had “failed to make good their manifesto promise” not to sell out the UK’s animal welfare for a quick trade deal.

Luke Pollard, shadow environment secretary, said farmers risked being “undercut by cheap imports” within months. “If the government is serious about keeping its manifesto promise to safeguard standards, it should put that guarantee into law,” he said.

Mon Oct 12 , 2020
The UK’s £225bn professional services industry is in danger of losing valuable EU business after Brexit, even if the government strikes a “Canada-style” trade deal, a parliamentary committee has warned. In a report published on Tuesday, the House of Lords’ EU services subcommittee said Britain’s professional firms — including accountants, […] 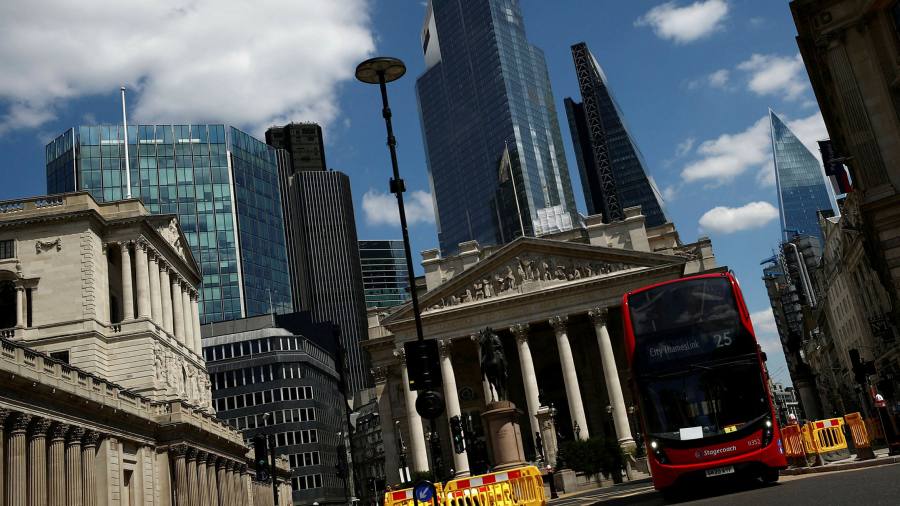