Boris Johnson’s team has a much vaunted reputation for sloganeering, but critics said the prime minister’s new message as he prepares to ease the UK’s lockdown — “stay alert” — risks confusing the public.

Mr Johnson is ditching his ultra clear “stay at home” message that accompanied the start of the lockdown on March 23, but he still wants many people to continue to stay at home. At the same time, he wants workers in certain industries to return to work.

Communities secretary Robert Jenrick was dispatched to explain what “stay alert” meant, but each television interview on Sunday reinforced the sense of a government desperate to coax the country out of lockdown while fearful that any precipitate move could lead to another spike in Covid-19 cases.

“We want now to have a message which encourages people to go to work,” Mr Jenrick told Sky News. But later on the BBC he said: “We want people to stay at home as much as possible.”

The slogan “stay alert” was rejected by the devolved administrations in Scotland, Wales and Northern Ireland. Scottish first minister Nicola Sturgeon said: “For Scotland right now . . . it would be catastrophic for me to drop the ‘stay at home’ message. I am particularly not prepared to do it for a message that is vague and imprecise.”

Mr Johnson’s latest virus slogan was an attempt to bridge the tensions in his cabinet, as ministers try to reconcile the need to reopen the economy and safeguard the public’s health simultaneously.

And amid signs that Mr Johnson’s team fear that there may be considerable blame to be apportioned in any future inquiry into the government’s handling of the pandemic, health secretary Matt Hancock was on the receiving end of hostile briefing from senior Conservatives in the Mail on Sunday. Mr Johnson insisted at Sunday’s cabinet meeting that Mr Hancock was doing “an excellent job”.

Asked whether the full version of the new virus message — “stay alert, control the virus, save lives” — was “woolly” and would confuse the public, Mr Jenrick said people would be able to understand a broader slogan as the country moved to a new phase in the coronavirus fight.

“They will be able to understand this message which is that you should be staying at home as much as possible but when we do go to work and go about our business, we need to remain vigilant,” he added.

Mr Johnson also tried to clarify his new message, tweeting that people should be staying at home “as much as possible”, working from home “if you can”, keeping to the 2 metre social distancing rule outside “where possible” and washing hands “regularly”.

One government insider admitted that the latest slogan would be much harder to explain. “We’re moving to a range of actions where there isn’t a single instruction,” he said. “It’s a really complicated policy.”

In reality, much of the latest government advice is not that dissimilar to the guidance given by Mr Johnson when the lockdown was introduced.

But the abandonment of the “stay at home” message and the blurring of the edges of the advice — for example, the clarification that the 2 metre social distancing rule should only be applied “where possible” — were intended to nudge people back to work.

Ministers admitted there had been “misconceptions” around the original advice: notably, many companies had been all too willing to curb operations, even in sectors like construction and manufacturing, where there was no requirement to do so.

Mr Johnson’s attempt to restart the economy has been further complicated by a dispute between business leaders and trade unions over a new set of “safe workplace” guidelines, due to be published by the government this week, to facilitate the return to work.

Britain’s biggest four unions — Unison, Unite, GMB and Usdaw — wrote to the Observer newspaper on Sunday to demand that health and safety rules should be radically overhauled before they can recommend that members return to factories or offices.

Business leaders have rejected demands from the unions that workplace risk assessments should be published, arguing that such arrangements would impose an onerous new burden on smaller companies.

Business secretary Alok Sharma is seeking a compromise which would see tougher language around companies’ duty to conduct risk assessments without requiring all businesses to publish them.

Unions have indicated they might be prepared to back down if Mr Sharma agreed to increase funding for enforcement by the Health and Safety Executive and local councils, as well as a public information campaign on safe working.

Meanwhile, chancellor Rishi Sunak is facing a difficult deadline at the end of this week for deciding whether to extend the government’s flagship job retention scheme beyond the end of June.

Large companies wanting to make redundancies must give employees 45 days notice and if the furlough scheme is not extended, a wave of plans for lay-offs could be unveiled on Friday.

Mr Sunak pledged last week there would not be a cliff edge cut off, saying he was figuring out “the most effective way to wind down the scheme and ease people back into work”.

Some business lobby groups have urged the chancellor to allow their industries to restart operations gradually, by allowing employees to work part-time with the furlough scheme picking up some of their wage bill.

Treasury officials are considering such a move, but caution it would be difficult because furlough schemes normally only support employees who stop work entirely, and the department would have to devise a new computer system to cover part time workers.

Washington in talks with chipmakers about building U.S. factories

Sun May 10 , 2020
(Reuters) – The Trump administration is in talks with semiconductor companies about building chip factories in the United States, representatives from two chipmakers said on Sunday. U.S. President Donald Trump meets with senior military leadership and the National Security Team in the Cabinet room at the White House in Washington, […] 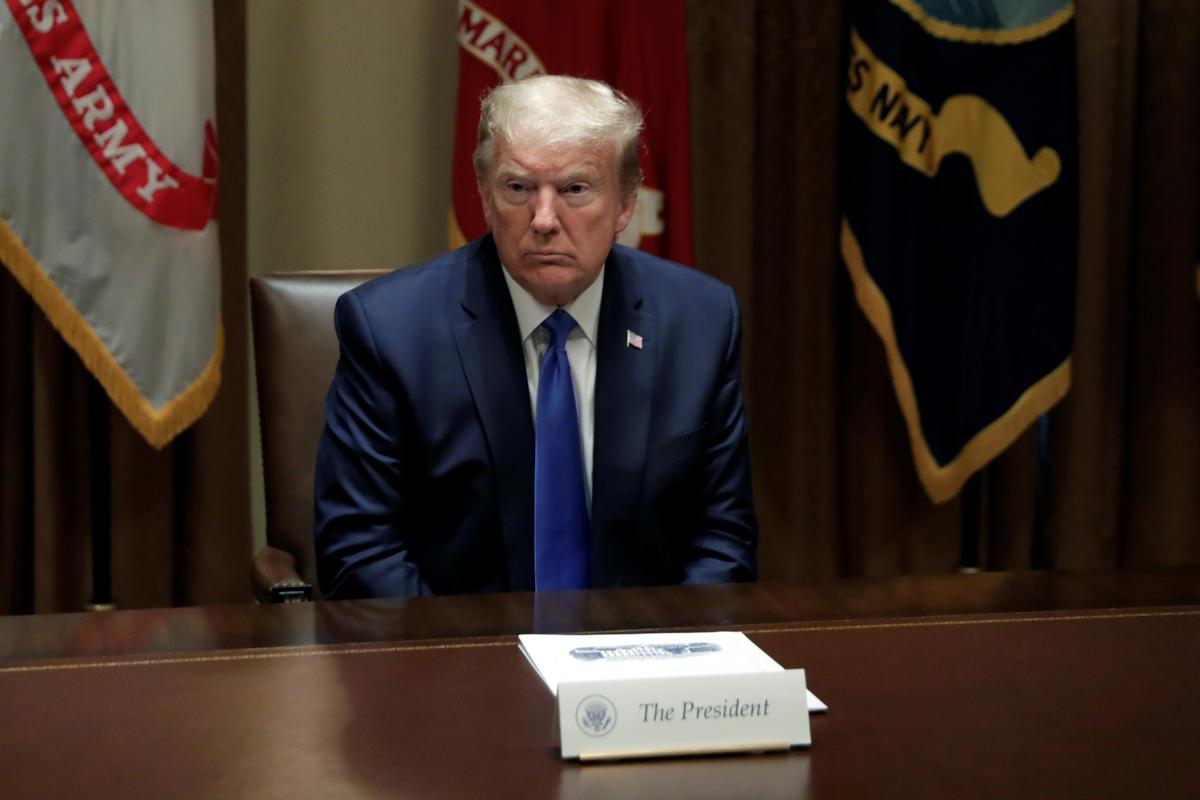