British businesses were warned by Boris Johnson on Monday of the risk of a second wave of the coronavirus in the autumn, just as companies were getting ready to encourage more workers back to offices from next week. The prime minister told more than a dozen organisations on a conference […]

British businesses were warned by Boris Johnson on Monday of the risk of a second wave of the coronavirus in the autumn, just as companies were getting ready to encourage more workers back to offices from next week.

The prime minister told more than a dozen organisations on a conference call that the pandemic could worsen again after the summer. But he sought to reassure executives it would not be as bad as the first outbreak and stressed the government would seek to avoid a second national lockdown, according to several participants.

One person noted that the prime minister also expressed a hope that the country would return to normal by spring next year, adding: “He was clear that there will be more to come this year.”

Mr Johnson’s comments appear to contradict a much more optimistic assessment just over a week ago when he announced the government would drop the “work from home” guidance from August 1 in an attempt to boost the economy. At the time he insisted there could be a return to normality “in time for Christmas”.

The government wants to address any new outbreaks at a local level given the damage to the economy caused by the national lockdown, some of the participants said.

Mr Johnson said it was important to “throttle the life out of” the virus and stressed the role of businesses in helping the UK recover. Alok Sharma, the business secretary, was also on the call. Downing Street declined to comment on the “private conversation”.

The prime minister’s words echoed recent private warnings by Cabinet Office officials to businesses to prepare for a second wave.

Other countries in Europe, such as Spain, have seen a rise in infections in certain regions, sparking worries of a resurgence in the virus. At the weekend, the UK government imposed a two-week quarantine on travellers returning from Spain as a result.

On Monday, Dido Harding, head of the government’s “test and trace” programme, told a webinar for businesses that the focus would be on dealing with any outbreaks using local lockdowns.

“We are in a position at the moment where broadly across the county the prevalence is low and under control and we have got to be obsessive when we see cases rise and stamp on it at a local level,” she said.

Mr Johnson also used his call to stress the importance of getting employees back at work. Office workers can return to their workplaces from next week as long as they feel safe to do so and officials hope the extra footfall in city and town centres will stimulate the high street economy, which has been hit hard during lockdown.

But the union for many of the government’s own civil servants, the PCS, warned there could be walkouts if its members were forced back into offices without proper regard for their safety.

The call was organised by the Business Action Council (BAC), a group comprising a number of UK corporate associations such as the Institute of Directors, Centre for Entrepreneurs, the CBI, Enterprise Trust, Federation of Small Businesses, Tech Nation, Make UK, Entrepreneurs Network, Innovate Finance and the British Chambers of Commerce.

Mon Jul 27 , 2020
Most people in the UK are spending less time on leisure than they did 40 years ago, even though average paid working hours have fallen, a new report shows. The research by the Resolution Foundation, a think-tank, calls into question the assumption that gains in productivity — resulting in a […] 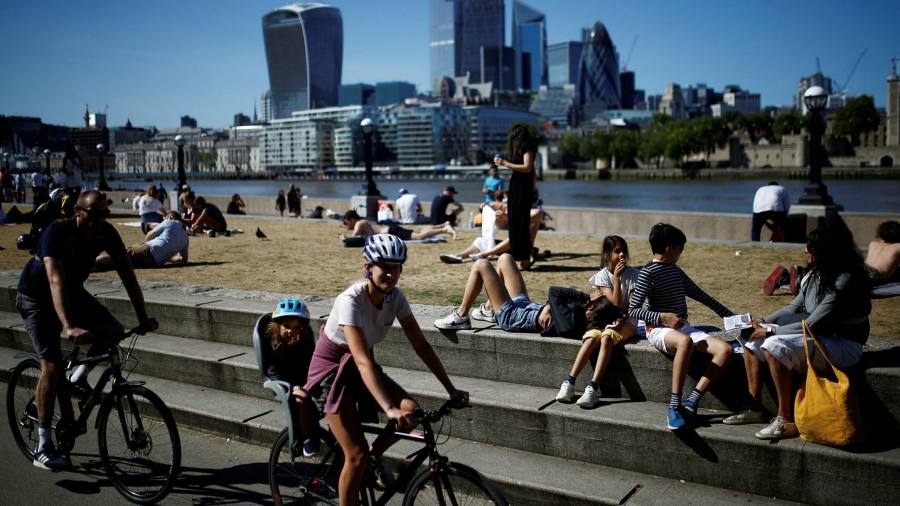