Amid falling public confidence in Boris Johnson’s handling of the Covid-19 pandemic, the UK’s prime minister on Monday turned to his scientists to prepare the country for “a very challenging winter” and new curbs on the way people live. In a briefing from Number 10 Downing Street — with Mr […]

Amid falling public confidence in Boris Johnson’s handling of the Covid-19 pandemic, the UK’s prime minister on Monday turned to his scientists to prepare the country for “a very challenging winter” and new curbs on the way people live.

In a briefing from Number 10 Downing Street — with Mr Johnson nowhere in sight — Chris Whitty, UK chief medical adviser, and Patrick Vallance, the country’s chief scientific adviser, set out the data to support their contention that Britain would have to take coronavirus “very seriously” for the next six months.

They warned that coronavirus cases could hit almost 50,000 a day in the UK by mid-October unless the current trajectory of the disease could be shifted, with 200 people a day dying by mid-November.

Mr Johnson spent the day meeting and talking with ministers and leaders in Scotland, Wales and Northern Ireland. He is on Tuesday expected to draw the political conclusions from the gloomy data dump presented by his advisers, announcing that pubs and restaurants will be forced to close at 10pm from Thursday.

Recent surveys suggest more than half of voters think the government is not handling the pandemic well. The prime minister is now under fire from some Tory MPs and parts of the media for contemplating new national restrictions, amid claims that he is overseeing a “draconian” response.

Prof Whitty and Sir Patrick were deployed by the prime minister to answer the critics. Prof Whitty acknowledged that there were economic risks to overreacting, but added: “If we do too little, this virus will run out of control.”

The advisers’ slides showed that if there was a doubling of cases every seven days, as was currently happening, the number of new daily cases could grow from 3,105 on September 15 to 49,000 by October 13.

The predicted daily death toll of 200 in mid-November was well down on the peak of the first wave of the virus when there were more than 900 deaths a day in early April, but still much higher than average deaths associated with winter flu.

Data released during the Downing Street briefing showed how the biggest increase in new cases had been among 20 to 29-year-olds, followed by 30 to 39-year-olds.

But Sir Patrick explained that “numbers are increasing across all age groups”. Office for National Statistics surveys suggest that 70,000 people in the UK are infected with Covid-19 and about 6,000 people a day were catching the disease. The number of positive tests being recorded daily for the disease stands at around 4,000.

The advisers fear that Britain is currently on a similar path to France and Spain, where hospitalisation rates rose as the disease spread from younger people to older people.

Experts were pleased by the determination of the government advisers to dispel widespread misconceptions about Covid-19 that have been amplified on social media — in particular the ideas that the virus is becoming less virulent and that significant “herd immunity” to the virus has already built up in the UK.

Sir Patrick said fewer than 8 per cent of the population had developed antibodies to the virus, based on four different studies over the spring and summer, and the virus was not milder than it was in April, in spite of claims from some scientists to the contrary.

Professor Jackie Cassell, deputy dean of Brighton and Sussex Medical School, said the intervention by the advisers would be “welcomed and trusted by the public.” In a reference to past government promises on rapidly expanding testing and introducing a tracing app, she added: “There was none of the bombast about future world-leading technical solutions that have undermined trust and distracted from the basics in recent weeks and months.”

Sir Mark Walport, who was Sir Patrick’s predecessor as chief scientist, added: “They were very clear about dispelling myths. There is no evidence that the virus is becoming milder or that lots of people have already been infected.”

Michael Head, senior research fellow in global health at Southampton University, repeated the message that even those who had developed antibodies by contracting the virus may not be protected against the disease in the long run.

“The herd immunity idea is fanciful and not something that can be part of any public health strategy,” he said.

Several statisticians were sceptical, however, about the worst-case scenario presented by Sir Patrick of 50,000 new cases a day by mid-October, if numbers continue to double every week or so.

“The number is plausible if the UK as a whole does not respond to the outbreak, but an increase in compliance and risk avoidance will make it unlikely to come about as predicted,” said Daniel Lawson, senior lecturer in statistical science at the University of Bristol. “The scenario is unlikely to come about — but we do need to pay attention to it anyway.”

Saffron Cordery, deputy chief executive of NHS Providers, which represents hospital, mental health, community and ambulance services, said hospital trusts had “learnt a lot over the past few months in terms of better treatments and how to balance Covid and non-Covid care”.

But the challenges they faced were “formidable as they work to restore routine services, while dealing with more Covid-19 cases and the added pressures of winter,” added Ms Cordery.

The earlier months of the pandemic exposed a widespread shortage of appropriate personal protective equipment for staff, and of Covid-19 testing, shortfalls that some clinical staff fear have still not been fully resolved as the NHS heads into the tricky winter period. 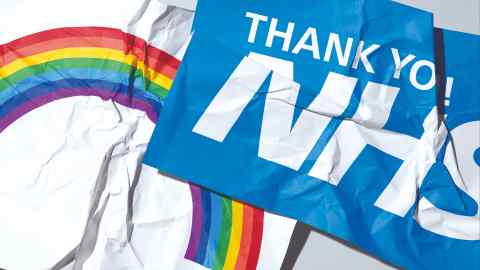 Donna Kinnair, general secretary of the Royal College of Nursing, said nursing staff in all settings, including in the community and care sectors, had already seen the impact of not being able to access the right PPE or testing where and when they needed it. “This cannot be allowed to happen further”, Dame Donna added.

Niall Dickson, chief executive of the NHS Confederation, said a priority was an effective test and trace system “as it is troubling that the government’s experts are warning us that the nation is in for a bumpy ride over the next six months while people, including health and care staff continue to be let down with delays to test results and access being stretched.”

Coronavirus curfew: Pubs and restaurants will be forced to shut at 10pm | Politics News

Mon Sep 21 , 2020
Pubs, bars and restaurants throughout England will be forced to close at 10pm from Thursday, Boris Johnson will announce in a new coronavirus crackdown. In a House of Commons statement followed by a TV address to the nation, the prime minister will unveil a range of new measures to tackle […] 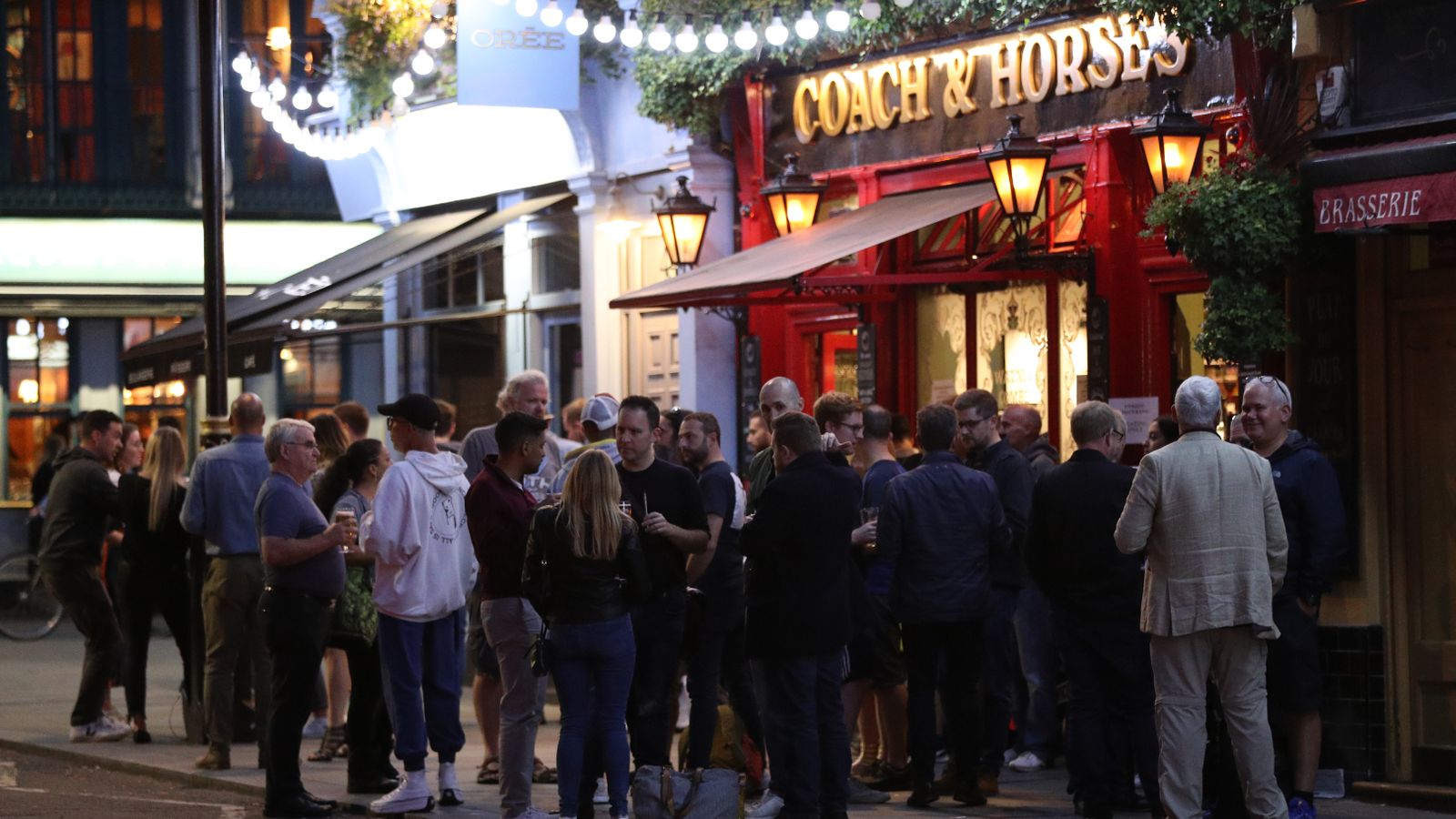