Boris Johnson warned England faces the prospect of more local lockdowns to tackle coronavirus, as the prime minister urged the public to act with restraint when pubs and restaurants reopen on Saturday.

Speaking at a Downing Street press conference on Friday, Mr Johnson said “great progress” had been made against the “vicious disease”.

But he added that events in Leicester — the first English city to undergo a local lockdown this week after a spike in virus cases — would likely be seen elsewhere. “We always said there would be local outbreaks requiring local action,” said Mr Johnson. “This is to be expected and will, I’m afraid, be a feature of our lives for some time to come.”

Chris Whitty, chief medical officer for England, said that another nationwide lockdown — like the one introduced on March 23 — would be the last resort.

Mr Johnson cited the success of local shutdowns of hospitals, factories and smaller communities as proof “it made sense to take action locally, rather than reimpose restrictions on the whole country”.

While Mr Johnson said the reproduction rate of the virus was between 0.7 and 0.9 across the UK — meaning Covid-19 infections should be declining — official estimates released on Friday suggested cases may be increasing again in London after falling for many weeks.

The R number in the capital — which denotes the average number of people to whom an infected individual passes on the virus — lies between 0.8 and 1.1. No other part of the UK shows a range that includes possible growth in infections.

As England prepares for the hospitality industry to reopen on Saturday, Mr Johnson urged people to “enjoy summer safely” in the “biggest step yet on the road to recovery”.

He said that flouting social distancing guidelines would set back the progress made in recent months. “Lockdown only succeeded in controlling the virus because everyone worked together, and we will only succeed in reopening if everyone works together again,” he said.

“The virus is still with us and the spike in Leicester has shown that. If it starts running out of control again this government will not hesitate in putting on the brakes and reimposing restrictions.”

Professor Whitty said the government was attempting to “balance multiple risks” and acknowledged there is “no risk free next step” in combating the virus.

The prime minister said those who flouted the rules when more of the economy reopens on Saturday would be “letting down those businesses and workers who have done so much to prepare for this new normal”.

In response to the suggestion from House of Commons leader Jacob Rees-Mogg that drinkers should “go back to drinking a yard of ale”, Mr Johnson said he would merely enjoy a pint this weekend.

Sat Jul 4 , 2020
Thousands of businesses across England can reopen today in the most significant easing of lockdown rules so far. Pubs, restaurants, cinemas and hairdressers are among the places set to welcome back customers for the first time since the end of March. But one business owner told Sky News that although […] 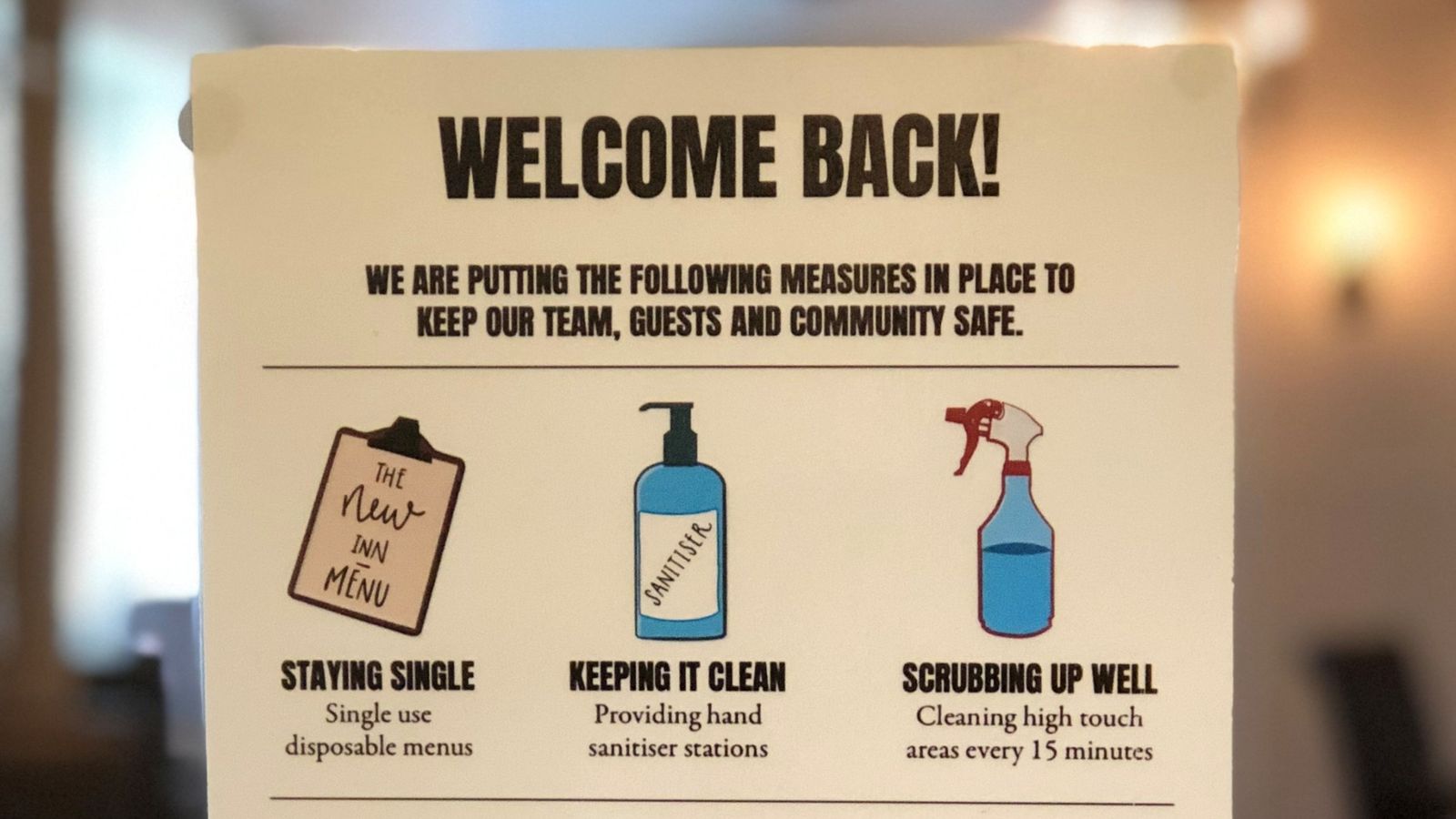