Boris Johnson warned on Wednesday that the UK’s economic outlook was “about to get tougher” as chancellor Rishi Sunak admitted tax rises would be required to pay for the economic chaos wrought by coronavirus.

The chancellor and prime minister addressed Conservative MPs in an effort to improve party relations after a summer of policy U-turns and the threat of big tax rises to repair the fiscal damage from the pandemic.

Andrew Bailey, the governor of the Bank of England, told the Treasury select committee that the UK economy could be 1.5 per cent smaller in the long run due to coronavirus but the scarring effects could prove worse.

After much private angst towards Downing Street, Mr Sunak made an impassioned plea to MPs to trust him and hinted some tax rises might be required to pay for the increase in borrowing.

“We will need to do some difficult things, but I promise you, if we trust one another we will be able to overcome the short-term challenges,” he said.

“Now this doesn’t mean a horror show of tax rises with no end in sight. But it does mean treating the British people with respect, being honest with them about the challenges we face, and showing them how we plan to correct our public finances and give our country the dynamic, low-tax economy we all want to see.”

The chancellor added that the Tory party “cannot and will not” lose its reputation for economic competence. “If we argue instead that there is no limit to what we can spend, that we can simply borrow our way out of any hole, then what is the difference between us and the Labour party.”

Mr Johnson warned the 2019 intake of 109 Tory MPs that the UK’s economic situation would prove challenging for the government. “I know it’s been tough. I’ve got to warn you going it’s about to get tougher. The waters are about to get choppier. But we are going to deal with it.”

The prime minister also pledged that his agenda to tackle regional inequality would continue, despite the challenges of the pandemic. “We owe you, the country owes you, and above all we owe your constituents. We are going to deliver for your constituents in what they continue to call the red wall — but it’s the blue wall.”

One newly elected Conservative MP said most colleagues had accepted taxes would have to increase. “The new intake don’t like tax rises but are resigned to them,” the MP said. Another said “we have to be really careful: Boris promised to win the trust of the new Tory voters and any tax rises can’t hit the poorer voters in our constituency.”

Mr Johnson was also under fire from MPs for his performance at prime minister’s question time on Wednesday, where he dodged questions about the exams grading fiasco by opposition leader Keir Starmer.

The prime minister was rebuked by the Commons Speaker, Lindsay Hoyle, after he dodged Sir Keir’s questions about a series of recent government U-turns. Mr Johnson instead criticised his opponent for supporting the supposedly “pro-IRA” Jeremy Corbyn, while he was Labour leader.

One former cabinet minister said Mr Johnson’s “blustering” performance at prime minister’s questions was a “disgrace”, adding: “Anybody watching that on television would have been appalled. He needs to get a grip on details.” Another Tory MP described Mr Johnson’s turn at PMQs as “an absolute shit show”.

Wed Sep 2 , 2020
ITV is to be expelled from the FTSE 100 index of leading shares to be replaced by discount retailer B&M. The change, due to take effect later this month, follows a quarterly review of the constituent companies within the FTSE 100 and the lower tier FTSE 250. Index manager FTSE […] 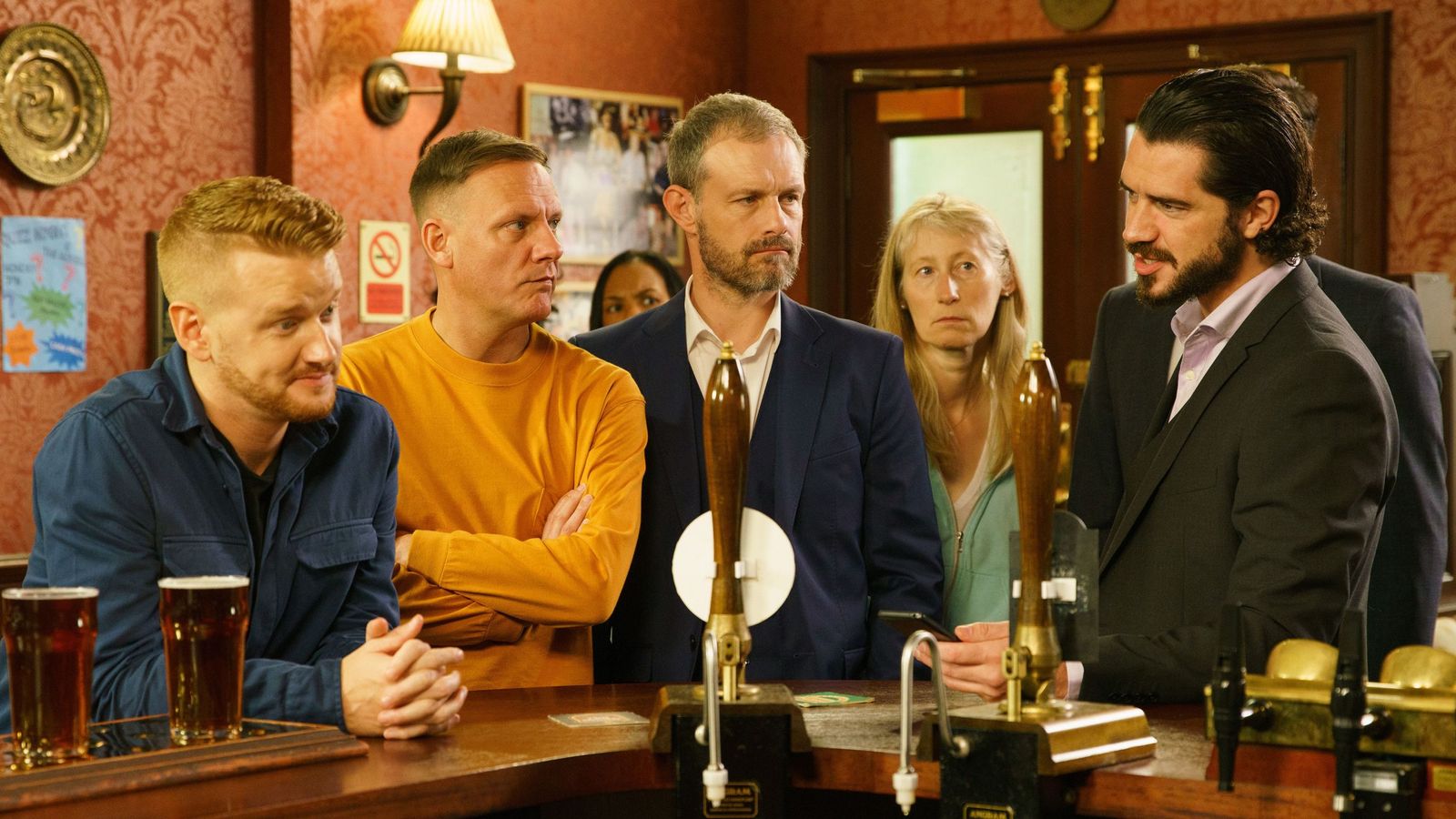