Boris Johnson on Wednesday confronted the fact that his attempt to control coronavirus through a series of local lockdowns had failed across large parts of England. New restrictions were now inevitable: the only question was how far would they go? Rishi Sunak, the chancellor, has led ministerial efforts to forestall […]

Boris Johnson on Wednesday confronted the fact that his attempt to control coronavirus through a series of local lockdowns had failed across large parts of England.

New restrictions were now inevitable: the only question was how far would they go?

Rishi Sunak, the chancellor, has led ministerial efforts to forestall tougher lockdown measures, aligning himself with Tory MPs who fear the costs of closing down large sections of the economy cannot be justified.

But Mr Sunak is now resigned to new economic restrictions in the English regions and the need for more support for companies struggling to survive the pandemic.

He said on Monday that he was ready to deploy the “might of the British state” to further help people through the crisis and on Wednesday one ally of the chancellor said: “We have not ruled out going further.”

The prime minister tacitly accepted the case for tougher restrictions in the House of Commons, telling MPs that infection rates across cities and towns in the north of England were rising sharply, in spite of being under local lockdowns for weeks or even months.

The government has been putting countries on its quarantine list when their infection rates topped 20 per 100,000. Mr Johnson confirmed that parts of the UK now had rates at least 20 times higher than that.

The local lockdowns introduced across the north of England have largely struggled to curb Covid-19.

Labour said that in 19 out of 20 areas where local restrictions had been applied, coronavirus cases had risen.

The opposition party highlighted how in Bolton the infection rate was 18 per 100,000 when local restrictions were imposed, but now it was 255. Labour leader Keir Starmer said: “It’s obvious something has gone wrong here. What is the prime minister going to do about it?”

Mr Johnson spent Wednesday afternoon with ministers and officials trying to answer that question, as he grappled with the perpetual dilemma of balancing public health and economic risks.

The new political climate has complicated Mr Johnson’s task further. While Tory MPs nodded through sweeping Covid-19 restrictions at the start of the pandemic, now they are demanding evidence that the latest measures will be effective. A dozen Conservative MPs on Tuesday night voted against the government’s so-called rule of six.

Some Tory MPs believe the economy should be largely left open while the most vulnerable are shielded, a point echoed by some Conservative-supporting newspapers. On Wednesday, the Daily Mail led its front page with the headline: “World’s top scientists rage against lockdown.”

Next week Mr Johnson is braced for a bigger Conservative rebellion when he retrospectively asks MPs to approve the 10pm “curfew” for pubs and restaurants across England, introduced on September 24.

But the prime minister is now considering further restrictions on the beleaguered hospitality industry.

Some of Mr Johnson’s advisers on the government’s Scientific Advisory Group for Emergencies want him to quickly introduce tough measures. Group member Professor Calum Semple told the BBC on Wednesday that there should be a nationwide “circuit breaker” — which might involve a temporary shutdown of parts of the economy — to curb coronavirus.

Scotland set the tone for new harsher restrictions when first minister Nicola Sturgeon on Wednesday announced the closure of all pubs and restaurants across the country’s central belt.

Mr Johnson hinted that he expected new English restrictions to be focused on the worst affected parts of the country, although he admitted that the picture was looking far from “rosy” in other places, including London.

“The local, regional approach combined with the national measures remains correct, I think, because two-thirds of those admitted into hospital on Sunday were in the north-west, the north-east and Yorkshire,” he told MPs.

Mr Sunak has insisted that new measures are subject to Treasury assessments, and other ministers including business secretary Alok Sharma and culture secretary Oliver Dowden are warning that fresh restrictions could push many companies over the edge.

But Mr Sunak has previously opposed sweeping national restrictions and the suggestion of a two-week “circuit breaker” lockdown — timed to coincide with the October school half-term — on the grounds that they would cause disproportionate harm to the economy.

Mr Sunak’s officials are now working on a new financial package for companies.

“We have got days, at best a week or two” to agree financial help as the government seeks to tighten restrictions, otherwise there would be redundancies, notably in the hospitality sector, he added. 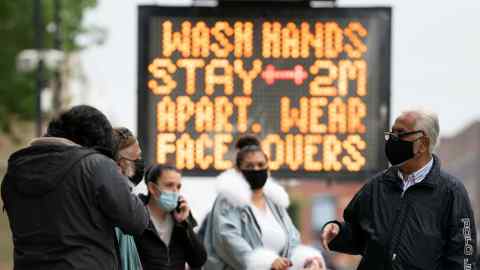 In Merseyside and much of the north-east it is illegal for different households to mix indoors, which has hit the takings of pubs and restaurants.

In a discussion with Carolyn Fairbairn, head of the CBI employers group, Mr Hancock was asked whether the government had considered the impact on businesses of restrictions introduced at short notice.

He said: “The challenge . . . with something that moves as fast as this does means we have to act with sometimes extraordinary speed, far faster than a normal government operation would.”

Staff at UK universities prepare for industrial action over Covid

Wed Oct 7 , 2020
Staff at universities across the UK are taking the first steps towards industrial action over “unravelling” Covid-19 management, as two more institutions suspended face-to-face teaching in response to virus outbreaks among students. Representatives of the University and College Union, the largest union for university staff, at Leeds, Birmingham and Warwick […] 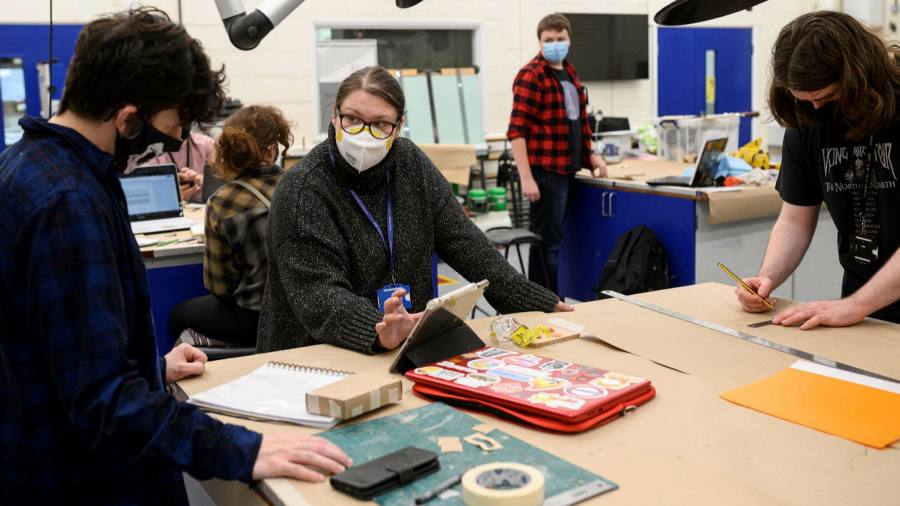