Thousands of jobs are to be created in the UK by food delivery giant Just Eat Takeaway.com, its boss had told Sky News.

Speaking to the Ian King Live programme, chief executive Jitse Groen said the firm was going to invest “tens of millions of pounds” in Britain as the company reported a 44% surge in revenue to €1bn in the first half of the year, driven by the coronavirus lockdown.

Mr Groen said with people stuck at home due to the COVID-19 restrictions then in force, it was “quite logical” there would be an increase in business.

The promise of employment will be welcome coming against a gloomy economic backdrop with confirmation the UK had dived into its largest recession on record and figures showing 730,000 jobs had been lost since lockdown began.

Just Eat Takeaway.com saw orders soar by 32% to around 257 million in the first six months of the year as takeaway outlets experienced a spike in demand with restaurants closed.

The number of active customers increased from 44 million to 54 million compared with the same time last year, it said.

“Just Eat Takeaway.com is in the fortunate position to benefit from continuing tailwinds,” Mr Groen said.

“On the back of the current momentum, we started an aggressive investment programme, which we believe will further strengthen our market positions.

“We are convinced that our order growth will remain strong for the remainder of the year.”

He told Sky News: “We are going to invest tens of millions of pounds in the UK.

“There’s going to be a significant push from our side.”

Asked about plans to hire staff, he said: “A lot, thousands of people.”

The half-year results were the first since the £6bn merger of the UK’s Just Eat and the Dutch firm Takeaway.com was approved by the Competition and Markets Authority.

The deal is set to make the company one of the biggest delivery firms in the world outside China.

The firm said its like-for-like pre-tax loss for the period was €121m (£109m), which has been attributed to expenses linked to the merger and planned takeover.

Wed Aug 12 , 2020
Elon Musk’s SpaceX has won a competitive contract to conduct secret national security launches for the US military, according to a US Air Force announcement. It’s a well-paid privilege for the billionaire’s company at $316m (£241m) and one that the private spaceflight company has battled for too – having twice […] 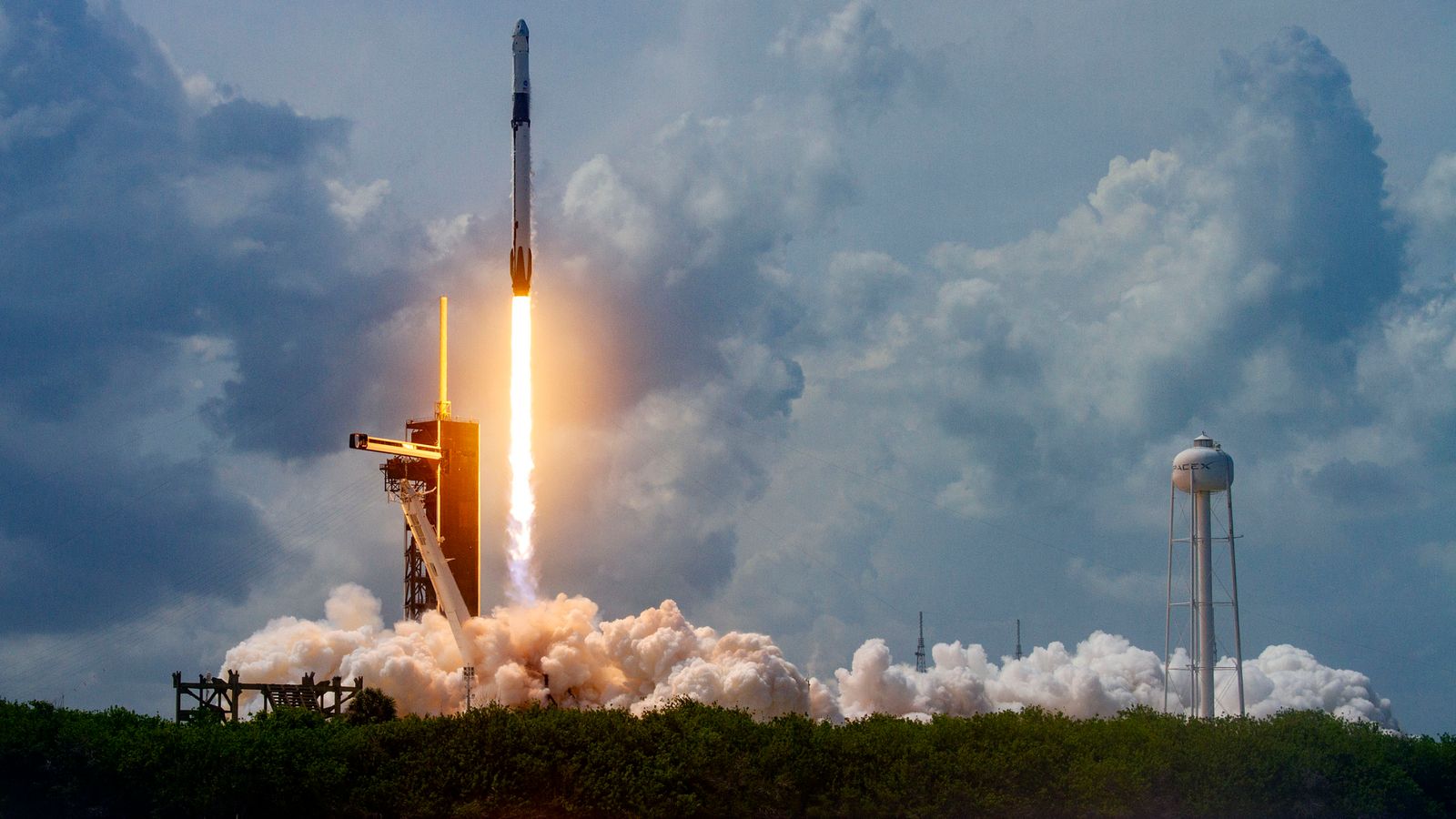