AMSTERDAM (Reuters) – KLM, the Dutch subsidiary of Air France-KLM (AIRF.PA), said on Tuesday it will increase flights to vacation spots in southern Europe and hopes to add a handful of long-haul destinations in July.

The airline’s proposed July flight schedules represent 25-30% of what would be normal for the time of year, KLM said in a statement.

“Our clients would like to travel again, so we’re expanding our network carefully and slowly,” CEO Pieter Elbers said in a statement. “We are doing that as carefully as we can with hygienic measures on board and on the ground.”

KLM NV, which is still negotiating a 2-4 billion euro ($2.2-$4.5 billion) bailout package from the Dutch government after France agreed a 7 billion euro loan package for Air France-KLM and Air France SA in April, has been slowly resuming flights after cutting back 90% of its flight service in March after the outbreak of the coronavirus.

It said it would increase flights in July between Amsterdam’s Schiphol Airport and Alicante, Bilbao, Bologna, Ibiza, Istanbul, Nice, Porto, Catania and Split, among other destinations.

It also said it will consider resuming some long-haul flights including to Jakarta and Denpasar in Indonesia, as well as to North American cities Washington D.C., San Francisco, Vancouver and Calgary, depending on easing of travel restrictions.

The airline, which last month made it obligatory for all passengers on its flights to wear face masks, said it plans to increase the total number of flights it flies from Schiphol to 3,000 in July.

“In total the planned KLM European network in July will reach 73 destinations,” the company said. “That was 30 in May and will be around 45 in June, on our current expectations.”

Tue Jun 2 , 2020
LONDON (Reuters) – Bankers across the European Union could face a one-year ban on bonuses to help push through a “quick fix” package of pandemic relief measures for lenders, an EU document showed on Tuesday. FILE PHOTO: A man wearing a protective face mask walks at the financial and business […] 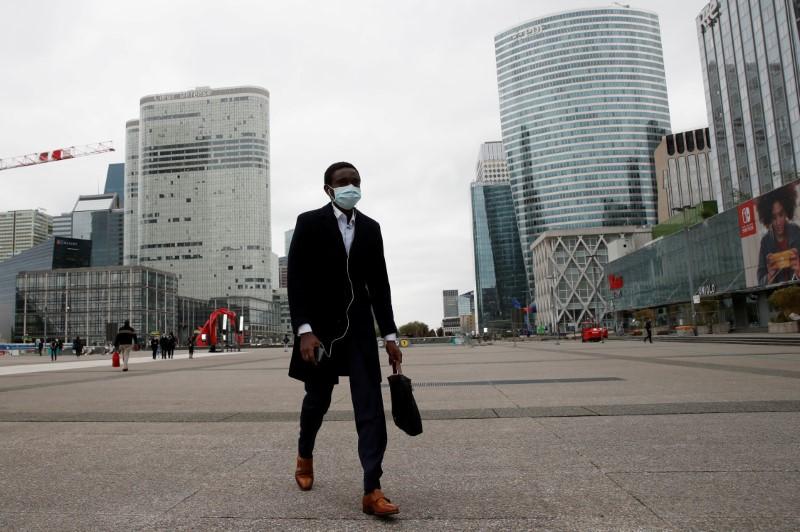