The chairman of KPMG has warned that the UK economy will not survive many more months of a lockdown, in his first message to the accounting firm’s 16,000 staff since he was diagnosed with coronavirus.

Bill Michael said in an email: “At some point, we run the risk that the economic disaster will transcend the human one.” He said KPMG was “well-placed” to advise the government on the “difficult judgment . . . to strike a balance between the health of our people and our economy”.

“The fact is that a vaccine is the only known ‘exit strategy’,” he added. “It appears a vaccine is many months away — too long for an economy to survive a lockdown.”

Mr Michael, 51, is well-known in the City, having previously run KPMG’s global banking and financial services practice; and in Westminster, as a special adviser to the Treasury select committee into banking standards.

KPMG, one of the Big Four global accountants alongside PwC, Deloitte and EY, advises the UK government and many of the nation’s largest employers. It audits 85 companies in the FTSE 350, including British American Tobacco, insurance group RSA and Standard Chartered bank.

KPMG is overseeing the management of the NHS Nightingale hospitals for the British government and is also advising the Department for Work and Pensions on its response to the Covid-19 pandemic.

Mr Michael wrote to staff as he returned to work after being hospitalised with coronavirus. He said: “The crisis . . . will be the catalyst of profound change that will force us to think in completely different ways, including the adoption of new technology.”

He forecast that there would be “enormous challenges” to Britain’s fiscal policy and “far-reaching consequences” for the tax system as ministers roll out £330bn of measures to support the economy.

“The country faces huge operational challenges to implement the significant decisions of government in the many months and years ahead,” Mr Michael wrote. “Some of these will be enduring and change how the government and the economy operates forever.”

KPMG has cut profit payments to its UK partners by 25 per cent to increase its cash reserves and help survive a downturn in work during the coronavirus crisis. Its 620 partners each made an average of £549,000 last year.

Coronavirus: Job vacancies in UK have fallen by more than 40% amid lockdown | Business News

Tue Apr 21 , 2020
Job vacancies in the UK have fallen by more than 40% since March as the coronavirus lockdown put the labour market in a “deep slowdown”, Sky News can reveal. Analysis of data from job portals shows some sectors, including beauty and wellness, and hospitality and tourism, have experienced falls of […] 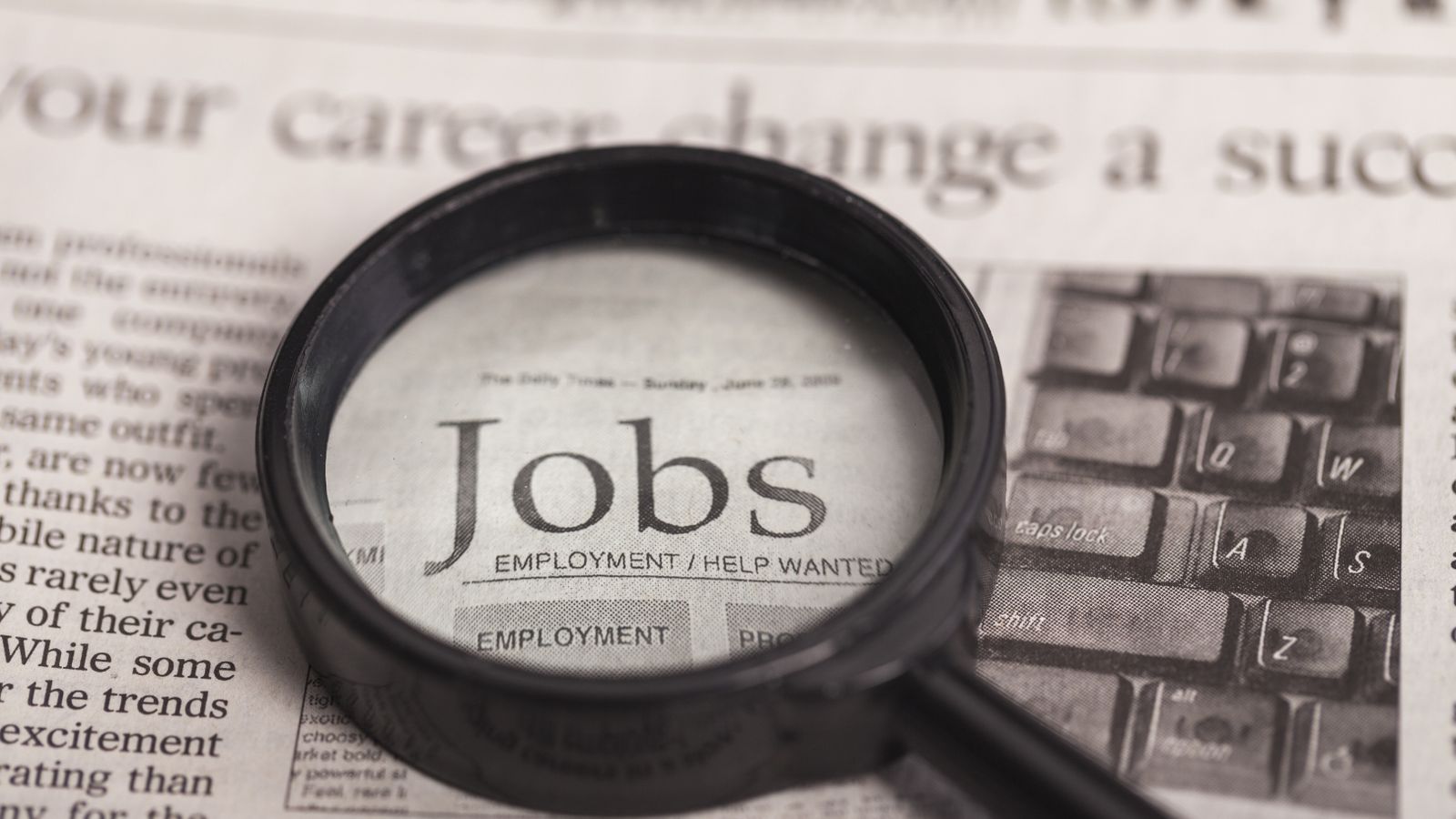