Landlords have hit back at accusations of aggressive rent-collection tactics, complaining that they are being squeezed by their tenants on one side and lenders on the other.

“Everyone is trying to survive. And we have shown compassion to those struggling . . . They need to recognise that we are trying to survive too,” said Asif Aziz, the founder of West End property company Criterion Capital, which has come under fire after threatening a number of tenants on its £3bn estate with legal action.

With shops and restaurants forced to close to slow the spread of coronavirus, many businesses have withheld rent payments, cutting incomes for landlords in turn.

In common with its central London neighbours, such as the Grosvenor Estate and the Crown Estate, Criterion has offered rent-free periods to some tenants. Offers have been to those “who actually need the help: Mr Smith, Mr Patel or Mr Ahmed, with a small premises on Edgware Road or in Piccadilly,” said Mr Aziz.

Unlike those neighbours, however, Criterion has also issued statutory demands, threatening court proceedings if rent is not paid — a practice that Criterion says is justified but which has since been banned by the government.

To date, commercial landlords have received about half of what they were owed on March 25, the day rent was due for the following three months, according to Remit Consulting.

Some businesses are simply unable to pay. But other well-capitalised companies “exploited” a government moratorium on evictions, introduced on March 23, to take a rent holiday, said Vivienne King, chief executive of Revo, which represents retailers and property owners.

Banning statutory demands strips landlords of their key tool against those recalcitrant tenants, according to Criterion and other property owners.

Despite the ban, heavily indebted shopping centre landlord Intu, which received just 29 per cent of owed rent on March 25, would “continue take a robust position with well-capitalised brands who are able to pay their rent but have simply chosen not to”, said the company.

With rental income having halved, some landlords are already in breach of covenants with their own lenders, according to a number of capital advisory companies and property owners.

June 24, payment day for the next quarter, is likely to make matters worse. “The vast majority of businesses have not been trading, and others will be holding on to cash.” said Andrew Sell, head of asset management at Criterion Capital.

“Where a business says ‘we’re going to sit on our cash rather than pay you,’ we won’t show clemency,” said Mr Sell. “This is a contract, and we are not a charity. We have mortgages to pay, and we haven’t had clemency from the lenders.”

Meanwhile, those retailers with some leverage are growing more willing to use it. There has been a notable increase in the use of “section 27” notices, which signal a tenant’s intention to terminate a lease at expiry, according to commercial real estate agents. The notices are a “very aggressive negotiating tactic”, according to one agent: “you have to be prepared to walk away if the landlord does not offer a renewal on attractive terms.”

Next, an Intu tenant, and Sports Direct, a tenant of Criterion and Intu, were among those issuing the notices, effectively betting that landlords would come back with a cut-price deal, or that they would be able to secure equivalent premises nearby, said two agents.

In such a fragile market, the ploy often works. Next opened twice as much new space as it expected last year after securing big rent reductions on sites that it had originally planned to vacate.

Half of SMEs in UK will run out of cash in 12 weeks, finds survey

Sun Apr 26 , 2020
More than half the owner-managed businesses in the UK will run out of cash in 12 weeks, a survey has found, adding to fears over the economic damage the lockdown is causing. An accountancy network asked almost 900 clients about the impact coronavirus was having on them. About 60 per […] 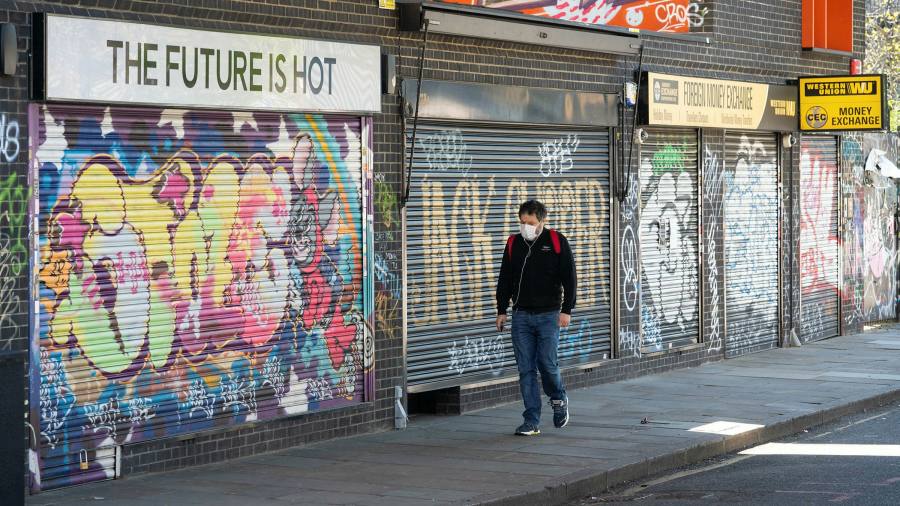