The writer, a former Tory education secretary, is co-founder of Social Mobility Pledge

Levelling up Britain is vital. It’s not just about building a fairer Britain, it’s about how we underwrite the country’s long-term success. But a government committed to erasing disadvantage must walk the talk when it comes to schools and education investment, in terms of both how much investment there is and how it is targeted.

To borrow the words of the Welsh socialist Nye Bevan, politics is “the language of priorities”. Prime Minister Boris Johnson’s priorities will ultimately be judged less on his slogans and more on his government’s impact on people’s day-to-day lives.

This century will be won by those nations that win the battle for talent. Business, the ultimate opportunity enabler, knows that as well as any government. Current levels of unequal access to opportunity harm communities, our economy and politics.

Education should be at the heart of levelling up, ensuring young people are equipped to take advantage of opportunities, including brand new careers in a green economy of the future. It’s a crucial part of transforming the UK into a high-skilled, high-salary, high-productivity economy that delivers on its promise of net-zero emissions.

The lack of full-time education for millions of children around the country since March, due to the Covid-19 shutdowns, is therefore a strategic economic risk for Britain that stands alongside a generational challenge like climate change.

Fresh analysis this week by the Education Policy Institute shows that even before coronavirus, closing the gap in education outcomes between less and more privileged students had stopped, and possibly even gone into reverse.

Much of the talk from ministers on levelling up has been in relation to funding for the north of England on areas of physical infrastructure. In reality, irrespective of new roads, rail or broadband, what will truly make the difference in transforming Britain will be successful investment in developing our young people.

That’s why the EPI’s message is so important. It reiterates that the battle to develop talent begins in the classroom and with education. Without urgent action now, we risk losing that battle.

The Treasury has spent billions on short-term Covid-19 emergency measures to support the economy. Yet Chancellor Rishi Sunak has invested only an extra £1bn to support schools in England and help children catch up on lost education. And half of that has already been clawed back by the Treasury, which announced an unfunded teacher pay rise just the next month.

In spite of all the rhetoric, education investment has so far been close to the bottom of Mr Sunak’s list of priorities. That needs to change. The chancellor said that he would do “whatever it takes” as he spent billions of taxpayers’ money supporting today’s economy. He must now recognise the same need for strong action to support tomorrow’s economy — with a plan for investing in education.

How extra funding is spent is also important. Although part will sensibly fund limited additional tutoring to help children catch up, by far the majority is going towards general school budgets.

For a government committed to levelling up, there are more targeted options that could have done the job better. Increasing the pupil premium for less-privileged children could have given schools direct extra educational resources. The Department for Education could establish an ambitious new wave of opportunity areas, working with schools, communities and businesses to improve education in identified social mobility coldspots.

Or use could be made of my own design, while secretary of state for education, of the schools funding formula, which explicitly allowed for the channelling of extra funds to schools in more deprived areas, addressing what I was already calling in 2017 the DfE “levelling up” agenda.

But instead ministers choose to uplift general schools funding, tilting the national funding formula away from the original pro-levelling up version towards a weaker approach. If the priority was to keep Tory backbenchers happy then the objective was achieved. If the priority was a stronger approach to eliminating disadvantage, then it deserves a grade U — for Unachieved.

The clock is ticking on how Mr Johnson’s plans for levelling up will be achieved. More than a year into his premiership, Mr Johnson must clearly define what he means by the term and outline how he plans to deliver on this complex but important national mission, including in our education system.

This is a moment of change for our country. It brings a real opportunity to redefine a Britain with a fairer, more successful future. For the young people who represent that future, we must make the most of it.

Coronavirus: How the Square Mile fell silent - and might never be as bustling again | Business News

Fri Aug 28 , 2020
Commuting into – and working in – the City daily during the Covid crisis has been an, at times, depressing experience. I began working in the City 30 years ago and have spent most of the intervening period since working in and around the Square Mile. It is an inspiring […] 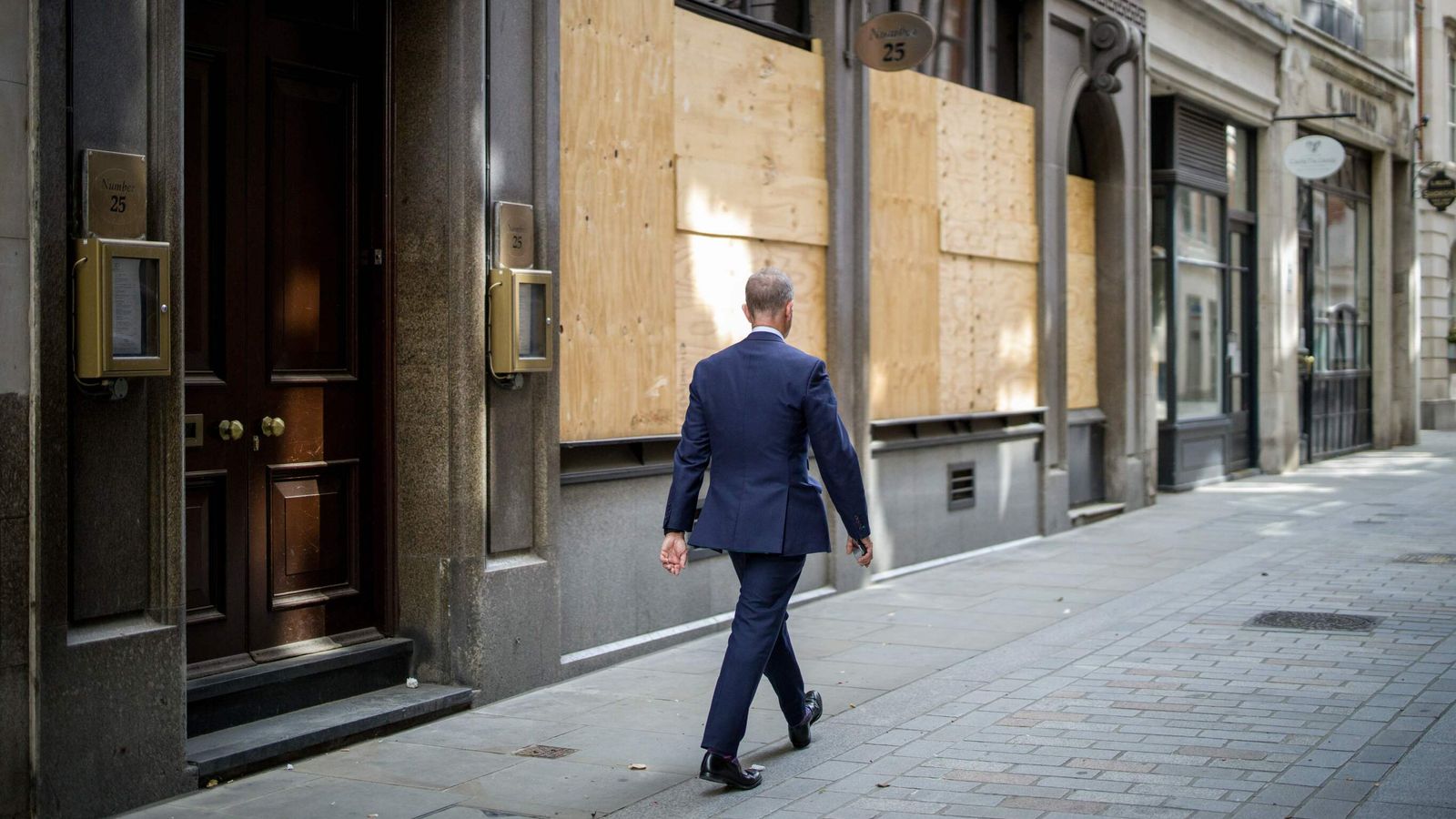