People from different households have been banned from meeting indoors across a large area of northern England after a spike in coronavirus cases.

The area affected, including Greater Manchester and Bradford, has a population of almost 5m people and the government announced the measures at 9.16pm on Thursday night, less than three hours before they took effect.

Matt Hancock, the health secretary, tweeted that people had not been observing social distancing and therefore contributed to the spread of the virus. He needed “to take immediate action to keep people safe”.

Mr Hancock said: “We’re constantly looking at the latest data on the spread of coronavirus, and unfortunately we’ve seen an increasing rate of transmission in parts of northern England

“The spread is largely due to households meeting and not abiding to social distancing. So from midnight tonight, people from different households will not be allowed to meet each other indoors in these areas.”

The ban includes private gardens. People can still go to pubs, restaurants and other public places but only with members of their own household or support “bubble”, a government official said.

Businesses that were allowed to open on August 1, such as bowling alleys, would have to stay shut.

The restrictions came on the first day the Muslim festival of Eid, when many families would normally host parties. Local authorities such as Oldham have said that coronavirus is spreading among those of south Asian heritage who live in multi-generational households.

The Muslim Council of Britain said people could still meet in mosques to pray.

“We have gone from a falling rate of cases in nearly all of our boroughs last week to a rising rate in nine out of 10, affecting communities across a much wider geography. In Rochdale, the one borough where cases have fallen, they are still too high.

“I have agreed with the health secretary that it is right to act on the precautionary principle and introduce modest measures now to bring down the rate of new infections.”

The measures will be reviewed weekly. Boris Johnson, the prime minister, has warned of a “second wave” of the virus as lockdown eases. “The increased vulnerability to higher rates in northern towns is mostly driven by social and economic inequality,” he tweeted. His authority has 33 per cent of cases in the least wealthy 10 per cent of the population and none in the wealthiest 10 per cent.

Local authorities in several regions have already tightened restrictions. Oldham moved on Tuesday to ban visitors from homes and told vulnerable people who are shielding they cannot go out after August 1 as planned.

A tight lockdown in Leicester remains in force, with hairdressers, gyms and non-essential shops still shut, although Neil O’Brien, MP for Harborough, said that it was being lifted in two suburbs, Oadby and Wigston.

The government on Thursday also increased the time those testing positive for coronavirus should self-isolate from seven to 10 days.

Thu Jul 30 , 2020
Average annual temperatures in the UK have risen nearly 1 degree Celsius this decade compared with the 40 years up to 1990, according to research from the Met Office that comes a month after advisers warned the government it had not done enough to reduce carbon emissions and limit global […] 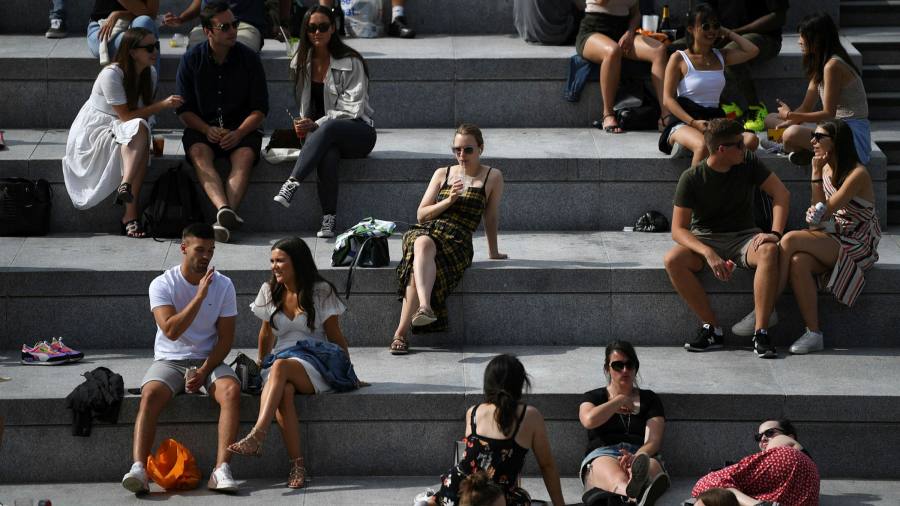