Companies in Northern Ireland, London, the north-east and Scotland are most pessimistic about their prospects over the coming year and think business conditions will deteriorate further, according to the latest regional survey of business sentiment.

In contrast, companies in Wales and East Anglia are the most optimistic, with sentiment about the coming year improving in Wales and no lower than it has been over the past five years.

The IHS Markit regional PMI figures for April show companies reporting close to uniform drops in output during the month with almost all companies saying sales had fallen compared with a month ago.

The regional PMIs scored in a tight range from just 8.3 in Northern Ireland to 19.7 in the north-west, reflecting the UK composite PMI in April that dropped to 13.8, its lowest level on record. A value below 50 signals that most companies reported a drop in output.

Sebastian Burnside, chief economist at NatWest, said the disruption to business activity had been unprecedented in April and all regions were affected. “Firms all across the UK have suffered immensely from the Covid-19 pandemic and resulting lockdown,” he said.

New business and employment levels fell precipitously, although all companies were boosted by sharp falls in input costs, largely because of the government’s job retention schemes, according to Mr Burnside.

The survey found the greatest regional variation was in business sentiment. Northern Ireland stood out as significantly more pessimistic than all other areas. On top of the impact of the pandemic, local businesses are concerned by the uncertainty of future trading arrangements with Great Britain and the Republic of Ireland after the UK’s Brexit transition period at the end of 2020.

The EU and the UK are currently at loggerheads over the future of Northern Ireland’s trading status after Brexit is complete.

In five areas — Wales, East Anglia, the West Midlands, the south-west and the south-east — business sentiment and the outlook for the next 12 months improved compared with March.

The Treasury will be concerned that companies in London are so negative since the capital provides a disproportionately large share of the tax revenues that will be needed in the economic recovery from the pandemic.

Analysis of the regional drop in gross domestic product has also shown a near uniform hit. There were declines of between 30 and 40 per cent across the UK, according to estimates by the Centre for Economics and Business Research. London suffered the least because it was heavily skewed towards services and many professional and financial services companies were able to shift to homeworking.

But spending indicators showed a significant drop in central London, partly because of the high levels of hospitality service industries and higher levels of disposable income that workers in the capital have to spend in restaurants and pubs.

The emerging regional picture will put further pressure on the government to restart the economy as quickly as possible. Boris Johnson was elected in December on a platform of “levelling up” the UK’s nations and regions towards the more productive levels of London and the south-east.

Northern Ireland and the north-east — two of the weaker regions — are likely to fall further behind the rest of the country, increasing regional disparities once the crisis is past.

“The length of time it is going to take to get back to 2019 levels of activity will depend largely on the scale of permanent business closures and the breadth of job losses. It’s worrying that, despite widespread uptake of the government furlough scheme, we’ve already seen the largest single-month job losses on record across each and every UK region,” Mr Burnside said.

For central banks, hope for precision fades amid pandemic uncertainty

Mon May 11 , 2020
WASHINGTON/TOKYO (Reuters) – Central bankers who have spent a generation researching how their words influence the economy and honing the craft of “forward guidance” are now effectively tongue-tied by a health crisis that has no clear destination yet to guide households and investors toward. FILE PHOTO: Bank of Japan Governor […] 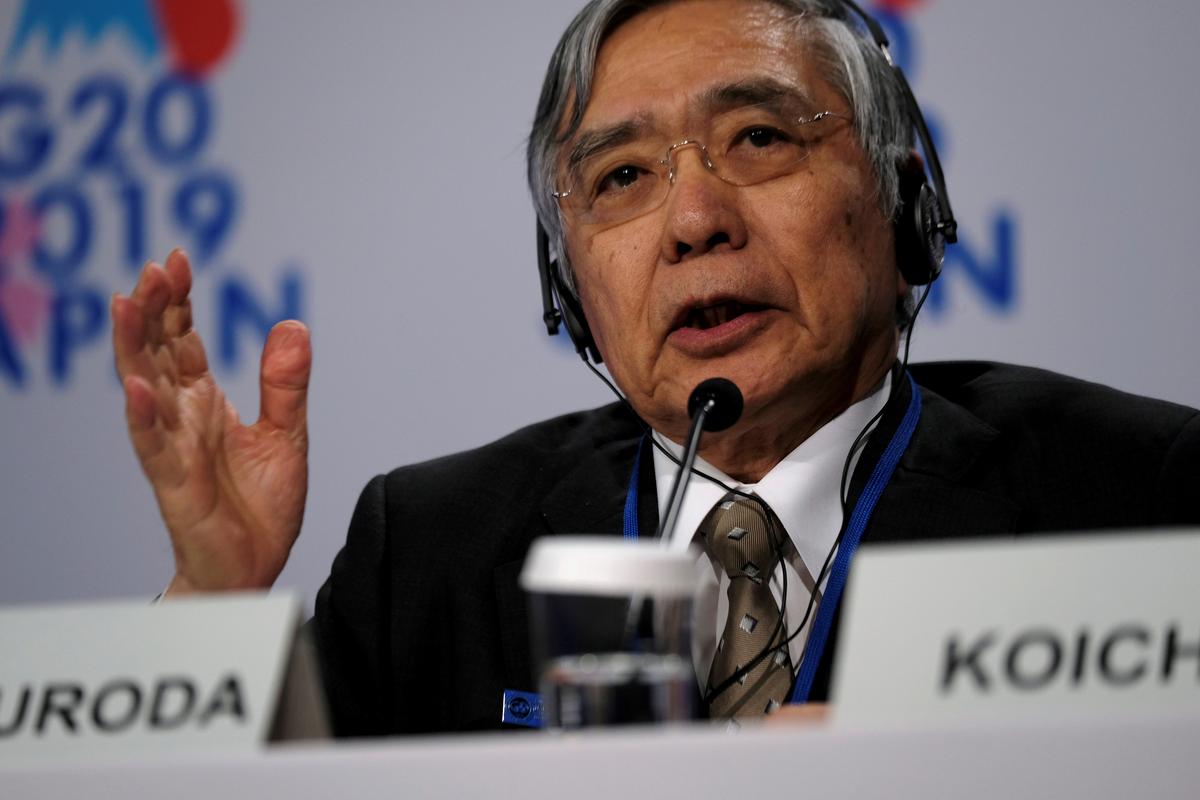