LONDON (Reuters) – Britain’s pubs may be shut, but one east London brewer has found a novel way to keep the beer flowing – by packing his kegs into a van and pulling pints on people’s doorsteps.

FILE PHOTO: A pint of beer is poured into a glass in a bar in London, Britain June 27, 2018. REUTERS/Peter Nicholls/File Photo

Driving a white van with the slogan “tactical beer response unit” on the side, Peter Brown, the director of Forest Road Brewing Co., spends his day fulfilling delivery orders.

But rather than delivering boxes of cans or bottles, Brown fills pint glasses for his customers out of taps on the side of the van.

“It doesn’t fit as much beer as our bar would do on a normal Friday or Saturday, but what we do get is the pure joy on the customers’ faces when they see a cold glass of beer for the first time in six weeks,” he told Reuters.

“The look on their faces is just irreplaceable.”

Britain’s pubs and bars have been closed for nearly two months. Government first advised people avoid them, then demanded they close and on March 23 imposed a countrywide lockdown in response to the spread of the coronavirus.

Under the restrictions of lockdown, food and drink suppliers can still offer delivery services.

Even as many firms turn to delivering cans, last month the Society of Independent Brewers said many breweries were facing closure as beer sales had fallen 82%.

Brown said he had seen strong demand for his pint deliveries: he was booked up until the end of May, and was investigating acquiring another van to serve different postcodes.

Customers are big fans of the service, and one suggested that Brown, who already delivers with a bandana over his mouth, should add to his outfit to reflect his superman efforts.

“The man’s a hero, simple as that. Not all heroes wear capes, but this guy should,” said Nick Bateson, a customer who is a festival organiser from London.

Thu May 14 , 2020
For someone who has achieved at best around two-fifths of his usual turnover during the past seven weeks, Derek Bunker is remarkably upbeat. The managing director of Altons, a “destination” garden centre beside a busy dual carriageway in Essex, thinks that the government’s decision to allow centres in England and […] 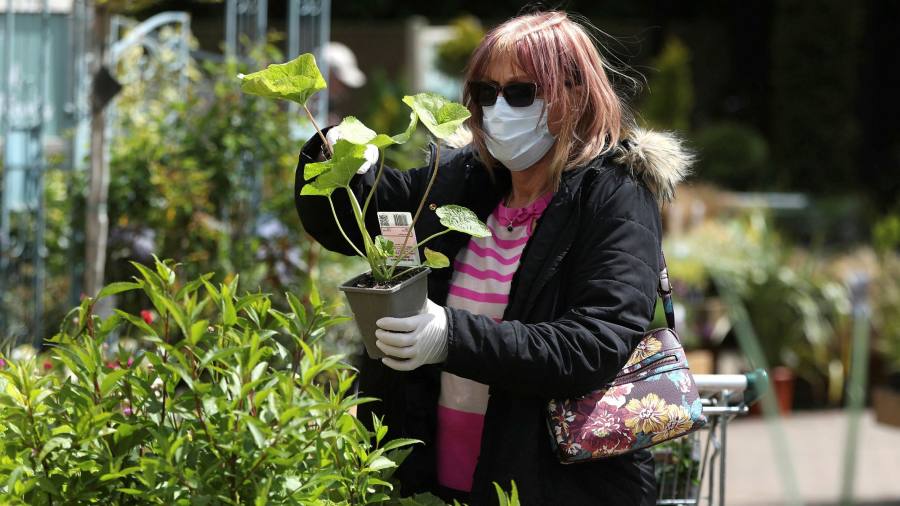