(Reuters) – London-listed shares ended higher on Monday as markets took heart from a scaling back of coronavirus restrictions, with consumer stocks among the best performers.

Associated British Foods (ABF.L) jumped 8% after its fashion brand Primark outlined plans to reopen all 153 of its stores in England on June 15.

The stock was among the best performers on the blue-chip FTSE 100 index .FTSE, which added about 1.5% for the day.

The domestically-sensitive mid-cap index .FTMC was up 1.4%, propped up by consumer discretionary stocks on hopes that the UK economy would rebound.

Both the bluechip and the midcap indexes had ended May on a downbeat note on fears of a strong U.S. response to China’s move to impose a national security law in Hong Kong. But global equity markets rallied on Monday as U.S. President Donald Trump made no mention of pulling out of the Phase 1 trade deal while saying his administration would begin the process of eliminating special treatment for Hong Kong. [MKTS/GLOB]

Shares of Standard Chartered PLC (STAN.L) and HSBC (HSBA.L) – banks with substantial operations in Hong Kong – rose about 8.7% and 2.6% respectively.

The FTSE 100 has recovered about 26% since crashing to an eight-year low in March, with battered travel .FTNMX5750 and mining .FTNMX1770 stocks posting some of the sharpest gains.

AstraZeneca (AZN.L) rose 1.4% after its and U.S. drugmaker Merck & Co Inc’s (MRK.N) cancer drug received a positive recommendation from the European Medicines Agency as a maintenance treatment for a form of pancreatic cancer.

Fashion brand Ted Baker (TED.L) ended higher after it said it would raise 95 million pounds ($117.84 million) through a stock issue to help it ride out the coronavirus crisis, after reporting a loss of 79.9 million pounds for the year to January.

Reporting by Sagarika Jaisinghani in Bengaluru; Editing by Arun Koyyur and Andrew Heavens 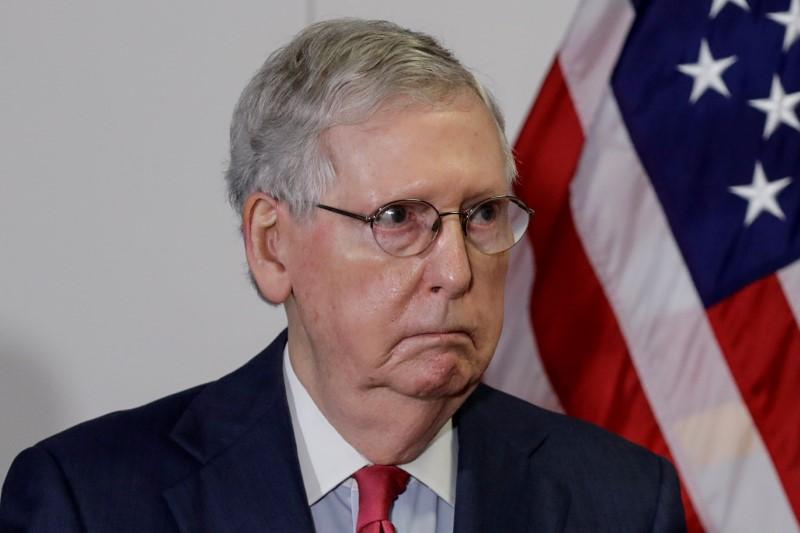