The British government has introduced a quarantine on international travellers, just when other European countries are moving in the opposite direction.

The government insists it will not request an extension of the UK’s Brexit transition period, despite appeals from Scotland, Wales, Northern Ireland, the mayor of London and much of the business community.

The government presses on enthusiastically with US trade talks, while preparing to distance the UK over the long term from the EU and China.

Each is a response to the biggest problems arising from the pandemic and Brexit: how to revive the UK economy while controlling the virus, and how to reset Britain’s place in the post-Brexit world.

Each is also shaped by the much-changed character and political outlook of the UK’s ruling Conservative party.

Having shed its pro-European wing, the party rests on a base of electoral support that is more rooted in England, as opposed to other parts of the UK, and spread across economically hard-pressed regions as well as areas of prosperity.

Prime Minister Boris Johnson and his colleagues are most comfortable when they indulge in the sloganeering, crowd-pleasing, campaigning style of politics that attracted this new type of support in the Brexit referendum and December’s general election.

However, such a style is too carefree and unmethodical for the challenges of government.

It accounts for the prime minister’s casual dismissal of the virus’s danger in the early phase of the pandemic, the belated British lockdown, the misjudgment of the lethal health risks in care homes and other mistakes.

Mr Johnson’s pledge that the UK will soon have a “world-beating” test-and-tracing app is merely the latest example of slogan over substance, similar to his promise last year of an “oven-ready Brexit”.

He came up with his latest catchphrase when the number of daily British deaths from the pandemic exceeded that of all 27 EU countries combined.

Much of the British business world regards the quarantine on travel, and the government’s new, restrictive immigration proposals, as unnecessary burdens on economic revival and the labour market’s long-term requirements.

However, in a sharp break with its traditions, the Conservative party in the Brexit era does not regard business as an ally but as a troublesome interest group, wedded to old habits forged during EU membership and now to be frogmarched into the new era of national sovereignty.

There is some evidence that the government’s policies, and the campaigning political style that accompanies them, are starting to fall flat with British voters.

Latest opinion polls show that the government, having enjoyed a surge of support in March at the start of the emergency, is now losing ground on three fronts.

Lack of confidence in the government’s handling of the pandemic outweighs confidence.

Disapproval of Mr Johnson’s leadership is higher than approval.

The Conservative party’s lead over the Labour opposition has tumbled 23 percentage points in eight weeks, with the Tories now at 43 per cent and Labour at 40 per cent.

None of this should be expected to soften the government’s resistance to extending the Brexit transition talks beyond the end of this year.

A hard line on Brexit is the chief unifying factor among Mr Johnson and his ministers. It is also the blood pact between the government, its backbench MPs and grassroots Conservative activists.

Daniel Kawczynski, the Tory MP for Shrewsbury, tweeted last week: “Always remember our exit from EU is not just for us. We are creating a blueprint for others to follow.”

Are his views unrepresentative of the new-look Tory party? In the 2016 referendum campaign Michael Gove, now Mr Johnson’s right-hand man in the cabinet, voiced almost exactly the same sentiment.

The government’s determination to seal a trade accord with the US is a more delicate matter.

Some government ministers and backbench MPs who represent farming interests are wary of supporting any US-UK trade deal that would involve opening the British food market to controversial US products such as chlorinated chicken.

For Mr Johnson, however, a deal with the US is a strategic imperative for the post-Brexit, post-pandemic UK.

Washington’s price will be a tougher British approach to China and a decisive British break with EU rules and regulations.

It is looking more and more as if Mr Johnson is ready to pay this price.

Dover-Calais post-Brexit trade plagued by uncertainty
From the moment a truck drives off the cargo deck of a ferry, it takes less than four minutes to reach the port’s exit and begin its journey onwards into Britain before returning back to the Continent in a constant circular flow. But from January 1 this “roll-on, roll-off” traffic from the EU — totalling about 4m trucks a year when the Channel tunnel is included — is to be subject to full customs controls for the first time. It is estimated that the new system will have to handle up to 200m new declarations a year. (Peter Foster, FT)

UK and EU facing the most extreme version of Brexit
Political miscalculations have harmed negotiations that could well fail to secure a trade deal. (Wolfgang Münchau, FT)

The anti-Brexit movement: failing to Remain (united)
(The UK in a Changing Europe)

Coronavirus: McDonald's to reopen some restaurants to walk-in customers next week | UK News

Tue Jun 9 , 2020
McDonald’s is set to reopen some restaurants to walk-in customers next week after all of its UK outlets were closed due to the coronavirus outbreak. The move comes as the fast food chain also announced its breakfast menu would return later this month. McDonald’s said 11 restaurants in Roadchef service […] 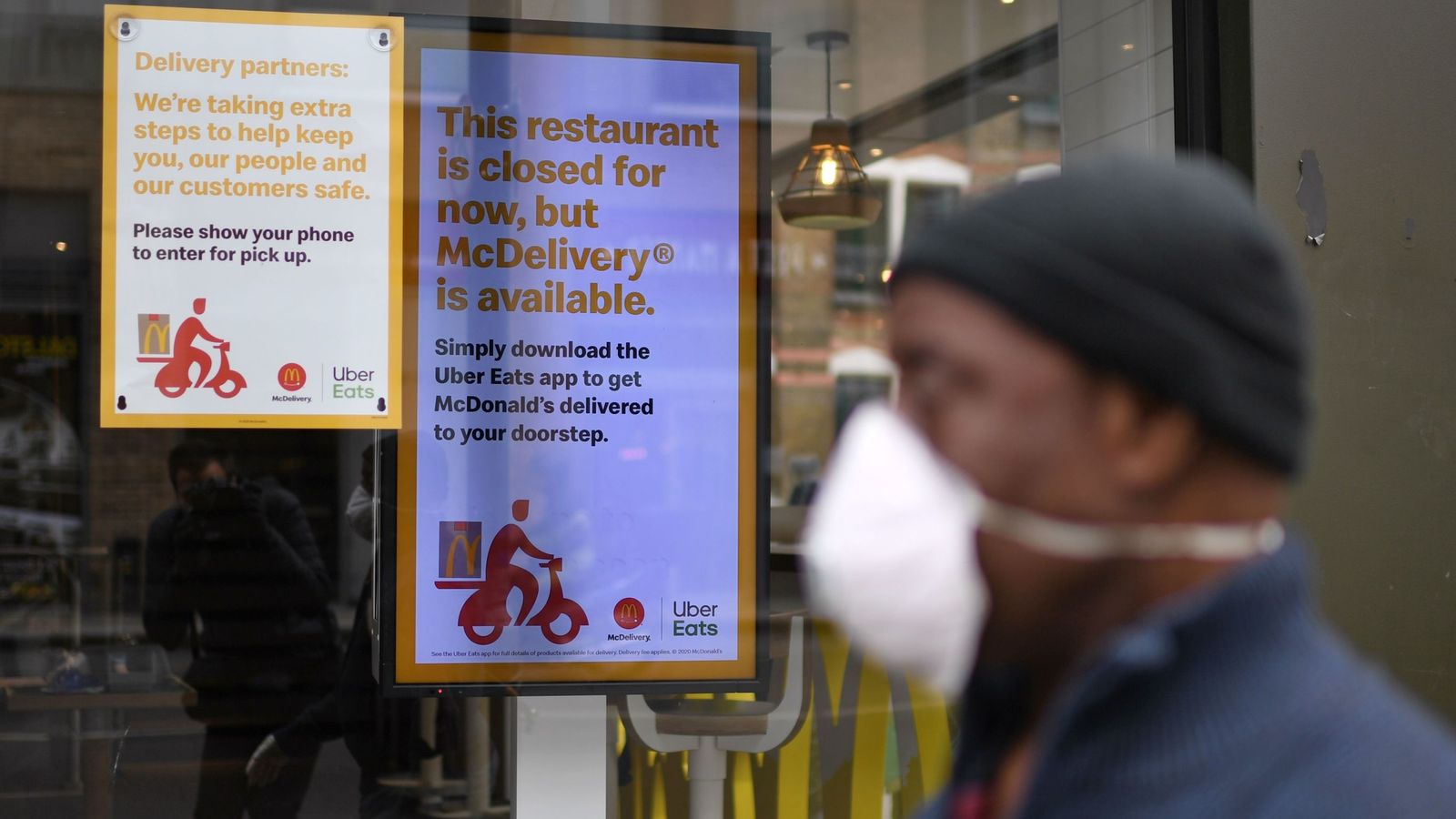