(Reuters) – Manchester United (MANU.N) on Thursday abandoned its annual financial targets and reported a second consecutive drop in quarterly core earnings and revenue after the coronavirus brought the Premier League to a halt.

Soccer fans around the world were have been deprived of live action for two months with most professional leagues suspended to try to contain the spread of the virus.

Premier League clubs have scrambled to save cash, with some forced to furlough staff. Players are now back in training with the hope that matches can take place behind closed doors from next month.

“Operationally, the impact of the pandemic and measures to prevent further spread continue to disrupt… businesses in a number of ways, most significantly in broadcasting and match day operations,” the company said in a statement.

United, who are in “rebuild” mode as they chase a return to the lucrative UEFA Champions League competition, saw broadcasting revenue more than halve in the third quarter ended March 31, while matchday revenue fell 8%.

Net debt ballooned by more than 127 million pounds to 429 million pounds and the club, controlled by the American Glazer family, made a net loss of 22.8 million pounds once the cost of financing that burden were taken into account.

United have not played since they beat LASK Linz 5-0 in a Europa League round of 16 first leg in Austria on March 12, a match played behind closed doors. Their last match at their Old Trafford home was a 2-0 win over local rivals Manchester City in the Premier League on March 8.

United were in fifth place in the 20-team Premier League when the action was halted.

Reporting by Yadarisa Shabong and Shashwat Awasthi in Bengaluru; editing by Jason Neely and Keith Weir

Thu May 21 , 2020
FILE PHOTO: People walk past a branch of Lloyds Bank on Oxford Street in London, Britain July 28, 2016. REUTERS/Peter Nicholls LONDON (Reuters) – The Chief Executive of Lloyds Banking Group (LLOY.L) said the lender was resilient enough to absorb a spike in bad loans through the coronavirus crisis, in […] 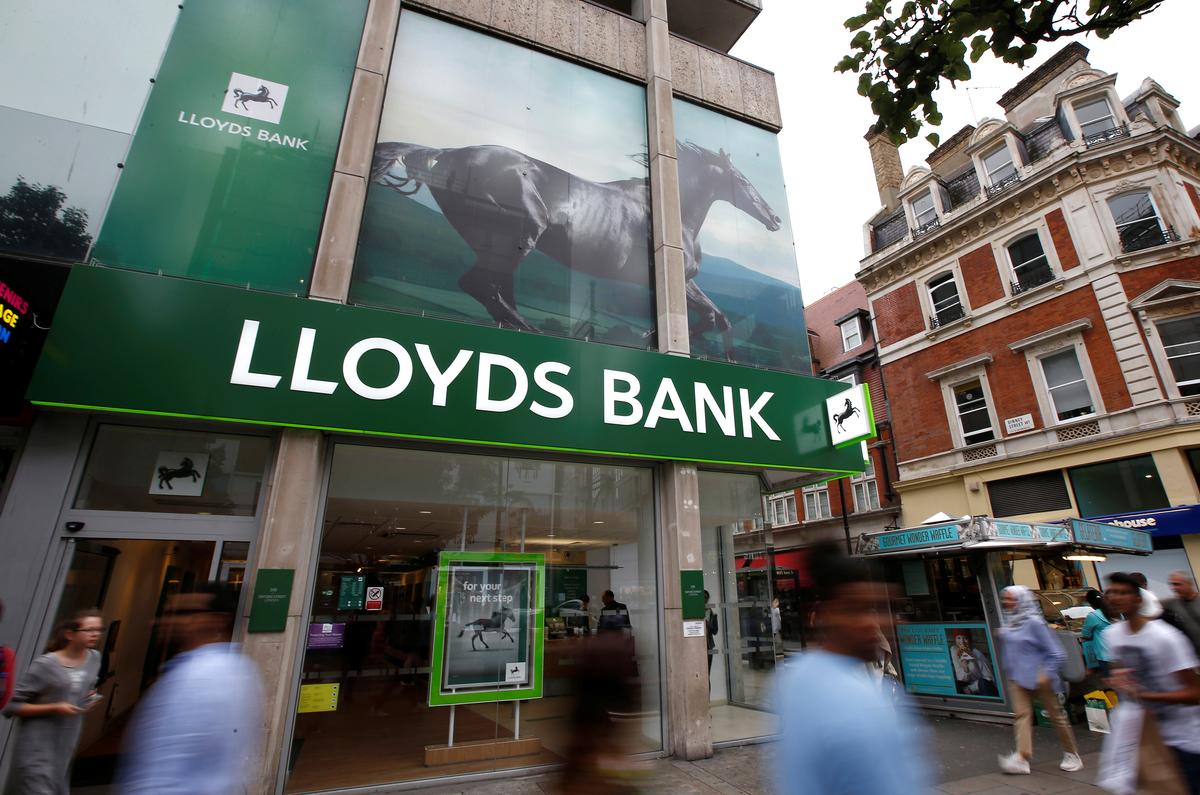