The coronavirus crisis looks set to redraw the UK’s map of regional inequality, according to research showing manufacturing areas in the midlands are among those facing the biggest economic hit.

The study by the Centre for Progressive Policy, a think-tank, published on Thursday found that the decline in economic output could be close to 50 per cent in the second quarter of this year in the worst affected local authorities, while in other parts of the country it might be less than half that.

The think-tank said most of the 20 worst-hit areas are likely to be in the midlands or north-west — including Corby, Daventry and Charnwood, Pendle and the Ribble Valley. Many parts of the more prosperous south-east are also set to be relatively hard hit, while some of the UK’s most deprived areas could be least affected.

Andy Norman, the report’s author, said the economic effects of the lockdown would “exacerbate existing inequalities and reveal some new ones”, without giving details.

The consequence is that once the economy begins to recover, the “red wall” constituencies, traditional Labour heartlands in the north, many of which elected Conservative MPs for the first time in the December general election, would no longer necessarily be those in greatest difficulty.

The CPP’s findings are based on the estimate by the Office for Budget Responsibility, the government’s fiscal watchdog, that UK economic output could fall by 35 per cent if lockdown measures stayed in place for three months.

The OBR’s figure is an average of the likely damage to different sectors, weighted according to the size of each sector in the national economy. The CPP has applied the same methodology to each local authority, looking at the importance of each sector to its economy.

Mr Norman said many of the areas likely to be hardest hit were heavily reliant on manufacturing — which the OBR thinks will be one of the worst affected sectors, with output falling by 55 per cent. Tourist centres such as Stratford-upon-Avon are also in line to be badly affected, because of the weight in the local economy of accommodation and food services; the OBR thinks these are likely to contract by 85 per cent.

Many parts of the prosperous south-east — including the tourist economy of the New Forest, and university towns such as Oxford — will also be relatively hard hit, the CPP predicts.

By contrast, areas set to be affected relatively lightly are more geographically spread.

The City of London and Edinburgh, with their large financial sectors, are among the 20 local authorities lowest in the CPP’s ranking — although almost all of these would still suffer a quarter-on-quarter fall in output of more than a fifth.

Meanwhile, remote rural areas and some of the most deprived urban areas in the UK — such as Sunderland, Middlesborough and Blackpool — may be relatively insulated from economic pain. This is because human health and social work — which the OBR expects to expand in the second quarter — play a larger part in the local economy.

Thu Apr 16 , 2020
(Reuters) – Britain’s stock markets steadied on Thursday after a two-day slump as budget airline EasyJet signalled it would ride out the coronavirus-induced travel halt, but broader concerns that a lockdown would be extended pressured the FTSE 100. FILE PHOTO: The London Stock Exchange Group offices are seen in the […] 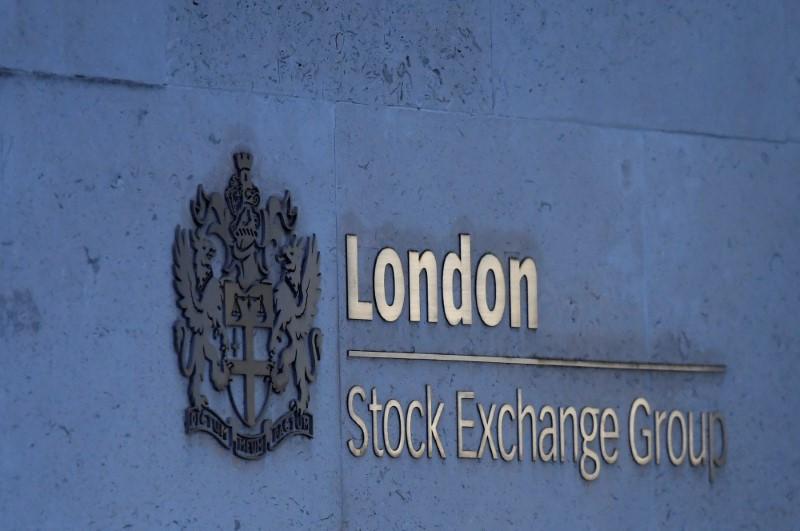