Thousands of UK employers have not invested their employees’ pension payments during the coronavirus crisis — a sign of the pressure the pandemic has placed on businesses. A Financial Times survey of pension companies uncovered a spike in employers missing payment deadlines. When pension contributions are not paid, the saver can […]

Thousands of UK employers have not invested their employees’ pension payments during the coronavirus crisis — a sign of the pressure the pandemic has placed on businesses.

A Financial Times survey of pension companies uncovered a spike in employers missing payment deadlines. When pension contributions are not paid, the saver can miss out on potential investment returns that are tax-free and boost their retirement pot.

More than 1.7m employers around the UK are currently obliged to make pension contributions of at least 8 per cent of pensionable pay, on behalf of around 10m staff. At least 5 per cent of this contribution is from the worker and minimum of 3 per cent from the company.

The contributions must be handed to a pension company by the 22nd day of the month after they are deducted from staff paypackets.

The Pensions Ombudsman, the industry watchdog, says it is now preparing for a jump in complaints from workers about the missed contributions.

“Given the financial pressure on businesses as a result of Covid-19 we believe it is extremely likely that there will be an increase in the number of complaints concerning missing contributions,” the ombudsman told the FT.

“Although expected, it is too early to tell how great the increase post-Covid will be,” it added.

According to the FT’s survey, nearly one in ten of the 20,000 employers on Royal London’s pension book had missed the deadline for payments since the lockdown in March, putting themselves at risk of a fine or court action by the regulator.

“Pre-lockdown approximately 300 employers had not paid premiums within the regulatory timescales, which accounted for around 1.57 per cent of the book,” said Royal London.

“This rose to 1,455 by the end of May (7.54 per cent). However, we have seen steady decreases since that point and in August 629 employers had not paid premiums.”

NEST, the state-backed workplace pension provider, which has 820,000 employers on its books, said 16,700 employers had missed their payment deadline in July — up from 13,000 in March. However, NEST said it was not able to say whether this was due to Covid-19 or to regular seasonal variations.

Aviva, which serves 26,000 workplace pension schemes covering 3.7m members, said it had seen a “slight” increase in the number of employers missing pension payment deadlines. It did not disclose the actual number of missed payments.

“Where any contributions are still outstanding, we’re in the process of contacting these employers,” said Aviva.

NOW Pensions, which has 40,000 employers on its books, said after an initial “worsening” in March, employer payments had “improved steadily” and were now fully back to normal. It declined to disclose the exact number of missed payments, saying this had been provided to government officials who were compiling industry-wide data.

In April The Pensions Regulator, which supervises workplace pension schemes, eased its rules to give struggling employers more time to bring any missing payments up to date before enforcement action was taken.

The regulator’s guidance makes clear that contributions deducted from an employee’s pay must be paid to a pension company and not used for any other purpose.

“Together with DWP [the work and pensions department] and pensions providers we are closely monitoring the impact of Covid-19 on pensions contributions,” said a TPR spokesperson.

“Early indications at this time are that the majority of employers are continuing to successfully meet their duties towards their staff.

“While weaving in as much flexibility as possible to support employers, we are clear they continue to have duties, including making the correct contributions in full, on time for their staff and we will take action where employers fail.”

Fri Aug 14 , 2020
New coronavirus infections in England have “levelled off” despite an initial rise following the reopening of pubs in early July, according to the weekly survey released by the Office for National Statistics (ONS) on Friday. At the same time the government’s Scientific Advisory Group for Emergencies (Sage) estimated that R, […] 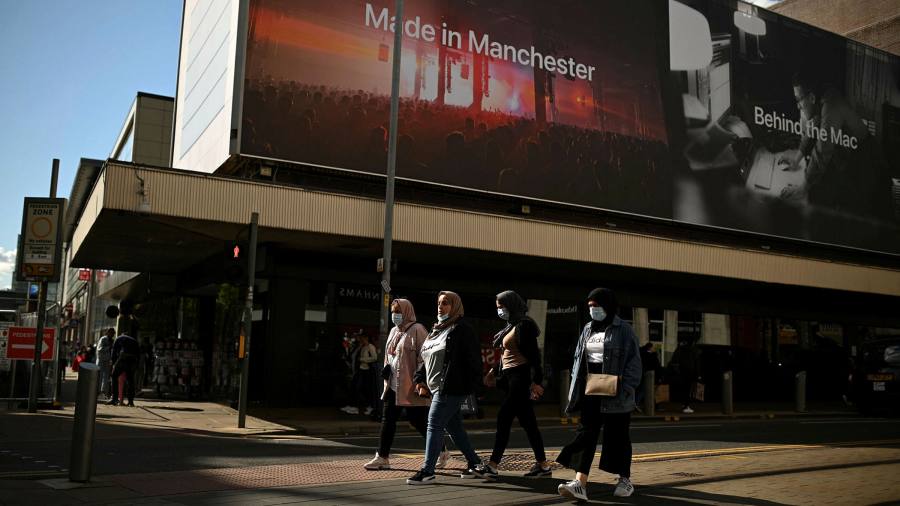