European stocks are expected to open lower Wednesday as markets around the world react to President Trump’s decision to halt stimulus talks until after the November election.

Markets in the U.S. and Asia-Pacific have been reacting Trump’s tweet on Tuesday that the White House is halting talks with Democrats about a second coronavirus stimulus deal.

The Dow Jones Industrial Average closed down 375 points, having rallied in the session on hopes that there would be a second relief package to prop up markets as the coronavirus outbreak continues.

“I have instructed my representatives to stop negotiating until after the election when, immediately after I win, we will pass a major Stimulus Bill that focuses on hardworking Americans and Small Business,” Trump said in a tweet on Tuesday.

Trump’s latest move came as U.S. Federal Reserve Chairman Jerome Powell on Tuesday called for continued aggressive fiscal and monetary stimulus for an economic recovery he said still “has a long way to go.”  Also on Tuesday, the International Monetary Fund’s Managing Director Kristalina Georgieva said the path ahead will be a “difficult climb.”

Wed Oct 7 , 2020
Chancellor Rishi Sunak is drawing up plans for new Treasury support for businesses worst affected by new local lockdown restrictions, as the spread of coronavirus continues to accelerate in the north of England. Prime Minister Boris Johnson is expected to announce this month plans for a simplified three-tier system of […] 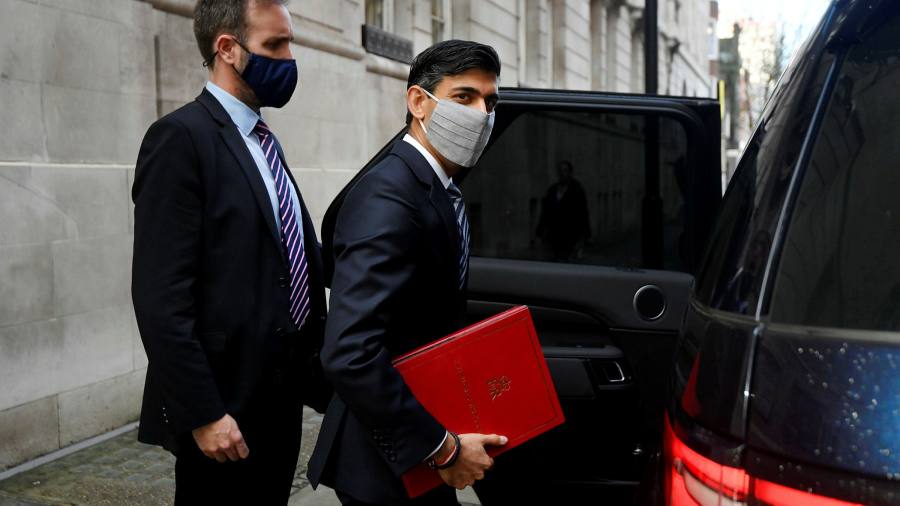