UK health secretary Matt Hancock has defended his decision to tighten lockdown across a large part of northern England after an increase in cases of the coronavirus.

On Thursday night he banned people from different households meeting indoors or in private gardens with just three hours’ notice.

Mr Hancock said on Twitter that “the spread is largely due to households meeting and not abiding to social distancing”, keeping 2 metres away from others.

On Friday morning he told BBC Radio 4’s Today programme that the information came from the NHS Test and Trace system, which asks people who test positive for coronavirus who they had been in contact with.

“But it was also clear from the data we have that the spread of the virus was happening in these areas between households visiting each other . . . more so than at work, hence we took these measures.

“One of the features of this pandemic is that in government we have had to make decisions swiftly and then announce them swiftly so people know about them as quickly as possible.”

He said two households could meet in parks and outdoors spaces as the “safest place”. “To get to a garden you have to go through a house”.

A single household or support “bubble” of two can still visit a pub, restaurant or stay in a hotel, according to guidance.

After overnight confusion the government published the guidance on Friday morning and said police will be given powers to enforce the measures and impose fines of up to £100.

Mr Hancock said there would be a new public information campaign to explain the government’s coronavirus restrictions as opinion polls show the public are struggling to understand the rules. The health secretary will hold a press conference later on Friday.

Mr Hancock himself struggled in interviews to explain whether a family from the areas covered by restrictions is allowed to visit one elsewhere in the country at their home.

Mr Hancock denied the move was prompted by the start of the Muslim festival of Eid, when many families would host parties in normal times. Local authorities such as Oldham have said that coronavirus is spreading among those of South Asian heritage who live in multigenerational households.

He said: “My heart goes out to the Muslim communities in these areas because I know how important the Eid celebrations are. I’m grateful to . . . imams who have been trying to find a way to have Covid-secure celebrations, for example celebrating Eid in parks. Outdoors is safer than indoors.” Mosques remain open.

“No one would argue with putting in place local action to reduce the transmission of coronavirus. But announcing measures affecting potentially millions of people late at night on Twitter is a new low for the government’s communications during this crisis.”

Dominic Harrison, Blackburn’s director of public health, said there was no evidence that people had breached social distancing guidelines. Rather, it was spreading among poor families in overcrowded housing, he said.

“The increased vulnerability to higher rates in northern towns is mostly driven by social and economic inequality,” he tweeted. A third of cases there are among the least wealthy 10 per cent of the population and none in the wealthiest 10 per cent. Andy Burnham, Labour mayor of Greater Manchester, and many local authority leaders have also supported the move. They were consulted before but not given details of the full guidance before it was announced.

Mr Burnham said: “We have gone from a falling rate of cases in nearly all of our boroughs last week to a rising rate in nine out of 10 affecting communities across a much wider geography.” The measures will be reviewed weekly.

Local authorities in several regions have already tightened restrictions. Oldham moved on Tuesday to ban visitors from homes and told vulnerable people who are shielding they cannot go out after August 1 as part of a planned easing of restrictions in England.

The household ban will also apply in Leicester, the first city in England to have a full, local lockdown enforced on June 30. But loosening of that lockdown will still go ahead as planned from August 2 when hairdressers and non-essential shops can reopen.

Video: How to spot a local coronavirus outbreak from data

Fri Jul 31 , 2020
UK house prices made a surprising rebound in July, as prospective buyers re-entered the market after government restrictions on home viewings and purchases during the peak of the lockdown were lifted.  House prices increased by 1.7 per cent in July from the previous month, after adjusting for seasonality, according to […] 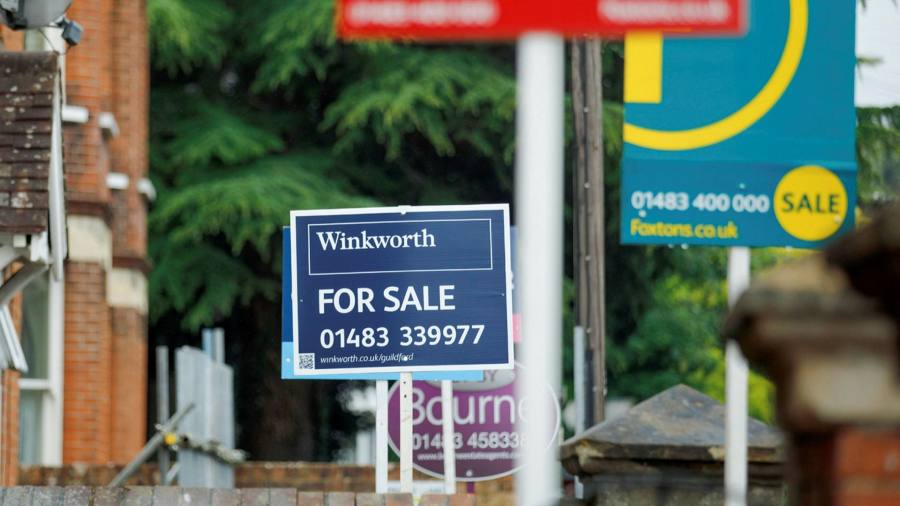