Mayors and council leaders will be given greater control over the Covid-19 test-and-trace system in an attempt to get the problematic £10bn programme back on track, the government announced on Sunday.

The news came as England’s deputy chief medical officer warned that the country had reached a “tipping point” similar to the outbreak of coronavirus in the spring.

There have been trials of local contact tracing in more than 60 local authorities where officials seek the more difficult cases that the national system is struggling to find.

Boris Johnson, the prime minister, will on Monday announce in the House of Commons a new set of rules for local lockdowns with areas graded at medium, high and very high risk.

Those living under the toughest restrictions — in areas including Liverpool — will see the closure of bars, restaurants and cafés and residents will be advised not to travel elsewhere.

Mr Jenrick said there were “very productive conversations” taking place with local leaders to ask if there were any further measures they would want in their communities to tackle Covid-19. “The virus is . . . very concentrated in some places so it’s right we talk to those communities and design those measures with the people who understand them best,” he said.

Rishi Sunak, the chancellor, on Friday set out plans for the state to pay 66 per cent of the wages of those whose businesses are forcibly closed in the local lockdowns. As well as furlough, it includes cash grants of up to £3,000 a month to companies forced to close, payable every two weeks.

Four Labour metro mayors in northern England wrote on Saturday to call for more generous support. They wanted at least 80 per cent of wages paid — as in the original furlough scheme — and the scheme extended to companies in the supply chain. They also wanted it to cover self-employed trades such as cab drivers and security staff.

“To accept this package would be to surrender our residents to hardship in the run-up to Christmas and our businesses to collapse,” said Andy Burnham, mayor of Greater Manchester. He said hospitality workers were being treated as “second-class citizens”.

But Mr Jenrick said the payments “do compare well internationally” with other furlough-type schemes in countries such as France, Germany and Italy.

Jonathan Van-Tam, deputy chief medical officer for England, issued a statement on Sunday warning that the NHS was facing major “headwinds” ahead of the winter. “Just as night follows day, increases in deaths will now follow on in the next few weeks.”

Professor Van-Tam urged the public to keep washing their hands, wearing face coverings and maintaining a social distance — while he encouraged people with symptoms to self-isolate and get a test.

“In our national fight against Covid-19 we are at a tipping point similar to where we were in March; but we can prevent history repeating itself if we all act now,” he said.

“Earlier in the year, we were fighting a semi-invisible disease, about which we had little knowledge, and it seeded in the community at great speed. Now we know where it is and how to tackle it — let’s grasp this opportunity and prevent history from repeating itself,” he added.

The government is negotiating with the mayors about a new three-tier system of restrictions to restore consistency to a patchwork of local lockdowns since July.

Liverpool is set to be classed as tier 3, mandating the closure of pubs and restaurants that serve alcohol. There are 1,173 pubs and 561 restaurants in Merseyside, according to Altus Group, a business rates consultancy.

Jamie Driscoll, mayor of North of Tyne, said the north-east would not be classed as tier 3. He said the government was still deciding on the criteria for each category: a combination of how high cases are, how fast they are rising, hospital admissions and other factors.

Mr Driscoll appealed to Conservative MPs in so-called red wall seats across the north that switched from Labour in large numbers in the 2019 election following a pledge to “level up” prosperity in the UK. “All the new Conservative MPs have a choice here: are you going to level up the north or level down the north?” he said.

Some Tory MPs are set to vote against the government’s existing 10pm pubs curfew on Monday although Labour has indicated that it will abstain — meaning the government will not lose the vote.

FCA action against companies dropped at start of pandemic

Sun Oct 11 , 2020
The City of London regulator took significantly fewer action over financial misconduct at the start of the coronavirus pandemic, with enforcement cases against companies and individuals falling 76 per cent in the period around the national lockdown. Data obtained from the Financial Conduct Authority show that only 36 new enforcement […] 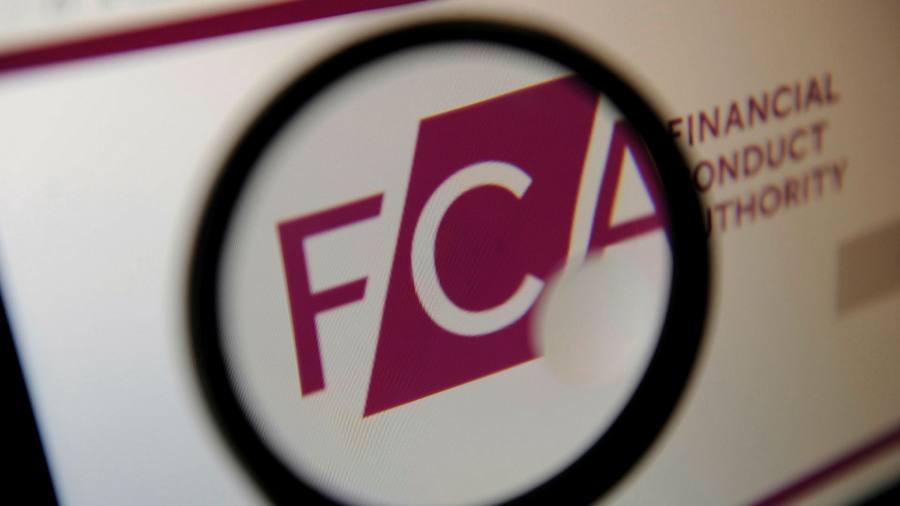