Melrose Industries’ share price sank by one-fifth after the FTSE 100 buyout specialist revealed the extent of the damage wrought on its automotive and aerospace components businesses by the Covid-19 pandemic.

The London-headquartered company, which acquired car and aircraft parts maker GKN in a £8bn hostile takeover more than two years ago, said it was seeking further cost savings including job cuts. It also cancelled its interim dividend following a 27 per cent slump in revenues during the first six months of 2020.

After falling into losses in the second quarter of the year, Melrose said in a trading update on Wednesday that it had rebounded to break even on an adjusted operating profit basis in June as the recovery began to take hold.

Analysts welcomed the company’s free cash flow, which was about £200m before restructuring costs and an acquisition. This reduced net debt, which stood at £3.28bn at the end of 2019, by about £90m.

However, investor worries about the size of the blow from coronavirus became evident as the stock dropped 20 per cent to 95.6p by lunchtime in London trade, giving the company a market capitalisation of £4.86bn.

“It is clear that our, and consensus, expectations on the impact of Covid-19 were too optimistic,” wrote house broker JPMorgan, which slashed its annual earnings forecast for Melrose by almost two-fifths.

Melrose’s modus operandi is to buy up underperforming manufacturing companies with a view to improve performance before selling them on, in a model likened to private equity. It employs more than 53,000 people worldwide, about 10 per cent in the UK, but did not say how many roles would be axed or where.

The purchase of GKN, which provoked a political firestorm and fears of cutbacks, gave Melrose significant exposure to two sectors that have been among the worst affected by the recession triggered by the coronavirus crisis.

The engineering conglomerate said its aerospace arm, which manufactures wing components for Airbus and parts for Rolls-Royce engines, would “broadly break even” this year on sales down 25 to 30 per cent. The division accounted for about one-third of Melrose’s £318m operating profit last year.

The civil aviation industry has been hit particularly hard by the pandemic as airlines grounded flights and governments imposed travel restrictions, stoking concerns that passenger numbers may not return to previous levels for a long time.

Melrose’s automotive and powder metallurgy division, which supplies powertrains for vehicle manufacturers, suffered a slide in sales of more than one-third in the first half of the year. But management said trading in China was ahead of last year and pointed to tentatively positive signs in the US and Europe.

Earlier this year, Melrose withdrew its final dividend and obtained a waiver from lenders on its earnings to net borrowings covenant.

Mark Fielding, an analyst at RBC Capital Markets, wrote in a note to clients that Melrose had been under pressure due to its “high debt levels” and aerospace and automotive making up about four-fifths of its business.

“However, with positive cash generation and an already announced covenant waiver alleviating debt concerns, we see some support in this update despite weak trading,” he added.

Wed Jul 22 , 2020
The UK’s recent stability in household income growth and income inequality is under threat from coronavirus, according to the Office for National Statistics. In the year to March 2020, average household incomes grew steadily without any sign of rising inequality, the statistical agency said on Wednesday in its latest assessment […] 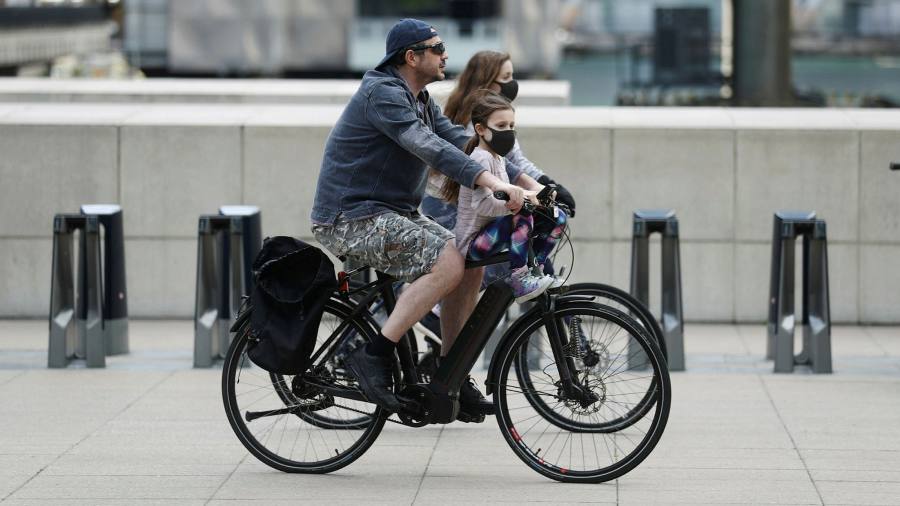