Ministers are braced for a wave of job cuts as big companies prepare to launch redundancy consultations before they must start picking up some of the cost of furloughed workers.

Centrica, the UK’s biggest energy supplier, said it would cut 5,000 jobs, with 2,500 set to go at Johnson Matthey, the maker of catalytic converters. Hundreds of manufacturing jobs are also due to go at Nissan’s Sunderland factory and Bombardier’s Belfast plant.

Close to 100,000 jobs in businesses with large UK operations hit by the coronavirus crisis are now on the line, according to a Financial Times tally of company announcements and administrations since March. This is likely to be the tip of the iceberg, with millions of jobs potentially at risk by the year end — and many of them at small companies.

This is while the job retention scheme is still in place, in full. We dread to think what will happen when furlough tapers off.

They would at first have to contribute only a small amount towards staff costs but some may conclude that jobs are no longer viable, with demand in many industries unlikely to return to pre-pandemic levels quickly.

Figures released on Thursday by HM Revenue & Customs showed that 3m of the 8.9m workers who have been furloughed under the government’s job retention scheme are in the retail and hospitality sectors — which may be unable to operate at full capacity for many months.

Ministers fear that many large companies may rush out announcements on job cuts in the coming days and weeks.

Chancellor Rishi Sunak is said by colleagues to be worried that Boris Johnson’s cautious approach to lifting the lockdown risks heavy job losses.

Mr Sunak believes his decision to extend the furlough scheme to the end of October, and to introduce a taper to gradually require companies to pick up more of the cost of the state programme, would help save jobs.

But one minister said many Tory MPs were being told by local employers that “redundancy notices are being prepared” — a message confirmed by business organisations.

“We have sight of a lot of redundancy programmes across manufacturers,” said Stephen Phipson, head of Make UK, which represents the industry.

“Over the next few weeks we’ll sadly see a lot more job losses coming. The job retention scheme may have simply deferred the job losses, not prevented them.”

The bulk of job cuts announced so far are in the worst-hit industries, with thousands planned at airlines such as British Airways and easyJet, cruise ship operator Carnival, and carmakers including Bentley and Aston Martin. The Restaurant Group has warned up to 3,000 roles could be cut, while retailers Monsoon and Quiz confirmed job losses this week.

“This is while the job retention scheme is still in place, in full. We dread to think what will happen when furlough tapers off,” said Steve Turner, assistant general secretary of Unite, which is calling for the government to do more to support sectors such as aerospace and carmaking.

Mr Sunak held talks with the Trades Union Congress and other unions on Thursday to discuss measures to support those who lose their jobs in the months ahead.

He is expected to set out details of a relief package next month, including rapid support for the newly unemployed, job creation schemes in green technology and infrastructure, and help for young people struggling to enter the labour market.

Thu Jun 11 , 2020
Boris Johnson has agreed with Brussels on plans to hold “intensified” negotiations to try to unlock an EU/UK trade deal, building up to a moment of reckoning at the end of July.  A UK government spokesperson said an understanding had been reached with the EU to hold talks every week […] 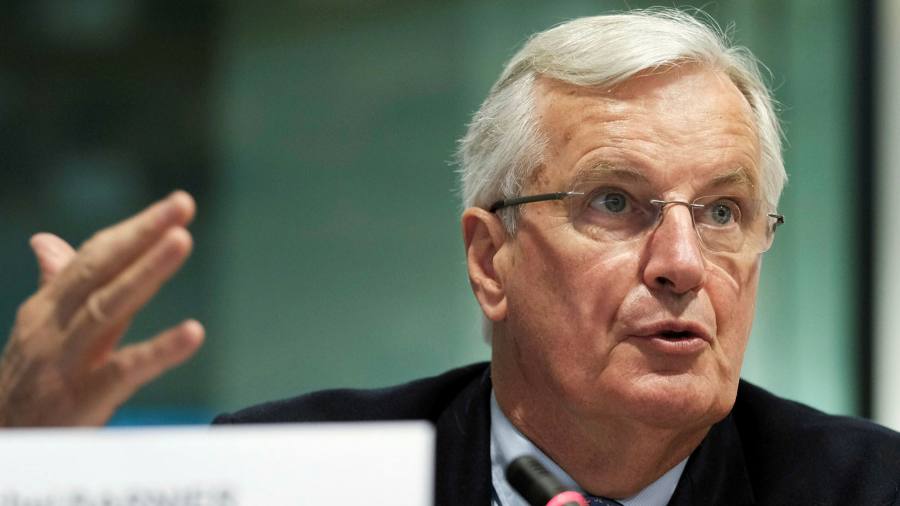