Two of Britain’s biggest government contractors are merging their struggling facilities management arms in a deal that will create a business employing 77,500 people in the UK.

Mitie has raised £201m in a fully underwritten rights issue to buy Interserve’s facilities management division for £271m to help offset the impact of the Covid-19 crisis.

The deal will hand investors in Interserve, which is owned by its lenders, £120m in cash plus shares equal to a 23.4 per cent stake in Mitie. Around 600 jobs will be cut as a result of the deal, which still requires approval.

The merger will create one of the largest facilities management businesses in the UK, with combined revenue of £3.5bn and work that ranges from cleaning prisons and the London Underground to changing lightbulbs at Ministry of Defence facilities. Mitie’s share price rose 7 per cent to 85.7p in morning trading on Thursday.

Phil Bentley, chief executive of Mitie, said the deal was driven by the need for consolidation in the industry. He said the merger would enable £30m in cost savings in areas such as IT. “It’s about consolidation,” he said. “I don’t need two sausage machines, I need one.”

The company will shut down the back-office function of Interserve Facilities Management as part of the process, losing 600 jobs.

UK outsourcers have been integral to the government’s handling of the Covid-19 crisis, with Serco one of the biggest winners of public sector contracts. Both Interserve and Mitie have also won several contracts, including work on the NHS’s Nightingale hospitals that were set up to deal with the pandemic. Mitie, which has furloughed 6,900 of its staff, has also won work setting up and providing security and traffic management at 14 driving testing centres, among other contracts.

But the outsourcers have also been hit by a decline in non-coronavirus related work and by the closure of airports, offices and shops.

The collapse of the government contractor Carillion in 2018 increased scrutiny of the sector and left banks more wary of lending to it. Interserve fell into administration last year and was taken over by its creditors, including HSBC and Barclays, which are trying to wind down the business and recoup their investment.

Stephen Rawlinson, an analyst at Applied Value, said that on balance Covid-19 had “some positive impacts for the outsourcers as the government sought to cope with the increased workload and share responsibility”.

In results published along with the merger announcement, Mitie said revenue in April and May was down 12 per cent on the previous year. Overall revenue had grown 4.2 per cent in the year to the end of March, while pre-tax profit from continuing operations increased 73 per cent to £48.4m.

Capita, another big outsourcer, said on Thursday that trading had not been as badly affected by coronavirus as expected as the company received work running call centres for the NHS and the Department for Work and Pensions, offsetting stalled contracts in its travel and face-to-face training sectors.

Although there have been concerns over the company’s balance sheet, Capita said it had £832m in cash and undrawn facilities at June 23. It confirmed plans to put up for sale its ESS business, which provides software for schools, at an estimated price of around £500m.

Work from home could help the UK to level up

Thu Jun 25 , 2020
At university, a lecturer once asked my year of English undergraduates how many of us intended to stay in Newcastle after our degree. From the hundred or so students in front of him, only half a dozen hands went up. With plans to study for a masters elsewhere, I was […] 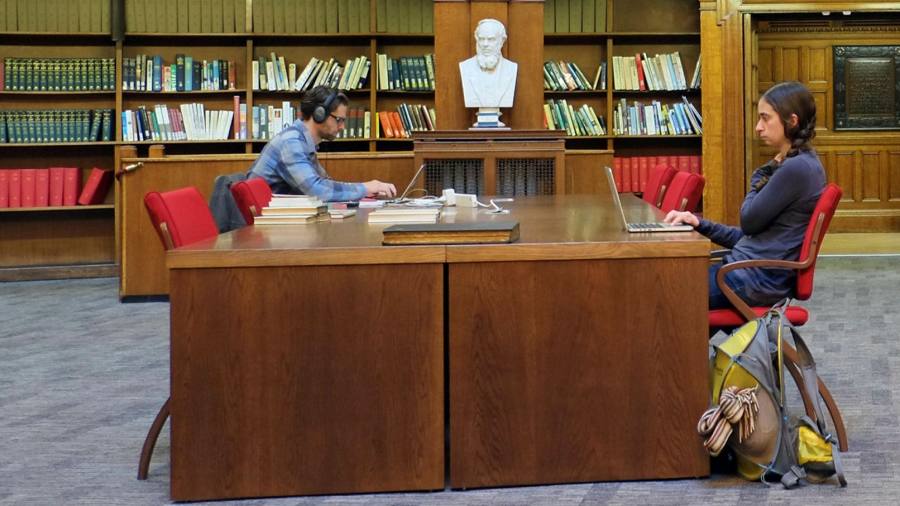