Greater use of technology within the NHS, inspired by the impact of digital solutions during the coronavirus pandemic, could save 20,000 lives a year and billions of pounds, a report has said.

The Institute for Public Policy Research, a think-tank, found the UK health service could save an estimated £10bn per year by raising innovation to the same level as the highest performing countries.

Increased use of digital tools and new technologies would help prevent avoidable deaths from cancer, cardiovascular disease, stroke or dementia annually, it claimed.

Chris Thomas, IPPR Research Fellow and lead author of the report, said: “Covid-19 has been a catastrophe — for our collective health, wealth and society.”

While the NHS in England was not overrun, “we paid a dear price for that in the form of cancelled treatments, delayed cancer diagnoses and avoidable excess mortality. The UK government must urgently get us back on track”.

There has been a drop in urgent cancer referrals to 25 per cent of usual levels across the UK. Meanwhile, there have been half the normal A&E attendances for heart attack symptoms in England and a 52 per cent increase in excess deaths attributed to dementia in England and Wales.

The NHS has been encouraging people not to delay getting healthcare.

Calculations by CF, a healthcare management consultancy and analytics company, for the IPPR report found more consistent innovation across the NHS could generate £18bn a year for the UK economy. This would come from more people staying in work longer due to better health, which would add £8.3bn, as well as a stronger life sciences industry, generating an extra £9.6bn.

The report — titled The Innovation Lottery — argued that historically the NHS had witnessed “slow and inconsistent uptake of innovation”. This had caused “postcode” variations in the quality and results of care that could have been avoided.

It urged the health service to tackle the scale of the challenges it faced by capturing “the spirit of NHS innovation that has emerged during the peak of the Covid-19 crisis”.

It singled out digital consultations with family doctors’ surgeries as an area where changes have been introduced at enormous speed, due to the exigencies of Covid-19. Between March and April last year, 71 per cent of GP consultations in England were face to face. However, the most recent Royal College of GPs data showed a complete reversal by the same point this year, with 71 per cent now taking place remotely.

Battling the virus has led to improvements in the way the health service works, the report added. These have included “a clear common purpose; forcing national leaders to put forward clear frameworks, guidance and funding; and pushing government to empower local practitioners”. All these conditions should be sustained, it said.

A Department of Health and Social Care spokesperson said they had made substantial investments in health innovation to ensure the UK remained a world leader and to provide improved levels of healthcare.

“We will consider the findings of the report and how it could contribute to making improvements to innovation in the NHS.”

Fri Jun 26 , 2020
Chancellor Rishi Sunak will wait to see how the public responds to the “independence day” reopening of the hospitality industry in England on July 4 before deciding whether a fiscal stimulus — such as a temporary cut in value added tax — is needed to boost consumer confidence. Mr Sunak’s […] 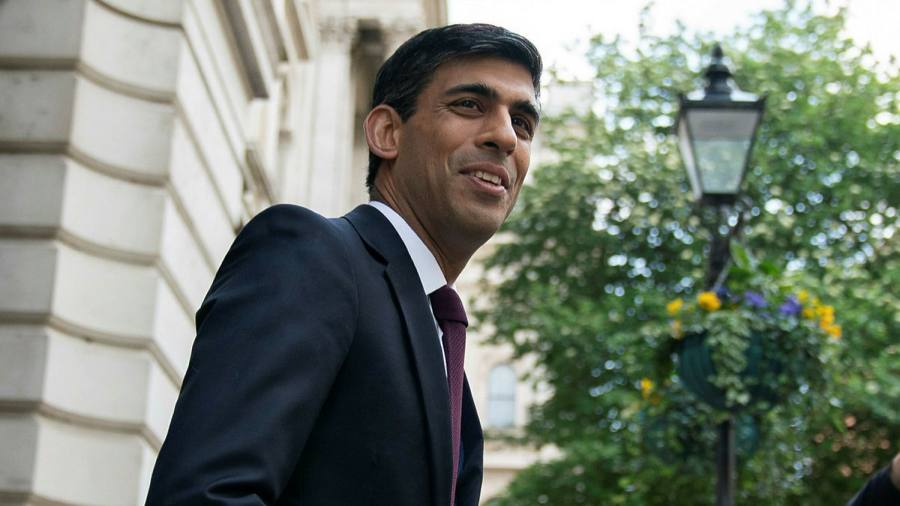