More than 6m UK workers are now having part of their wages paid by the state through the newly established job retention scheme.

HM Revenue & Customs said on Monday that by midnight on 3 May, 800,000 employers had applied to use the scheme, allowing them to put staff on furlough with the government covering 80 per cent of regular pay.

The number of jobs covered by the scheme had reached 6.3m, HMRC said — a tally that could include some workers being double-counted because they had been furloughed from part-time jobs by more than one employer.

The rising numbers of furloughed workers will add to the pressure on the government to adapt and extend the scheme beyond its current end-date of 30 June, in order to avoid a wave of mass redundancies as companies in key sectors assess their ability to operate with ongoing restrictions.

The total value of wages claimed by employers has reached £8bn, almost double the amount previously reported on 23 April.

The latest figures mean that more than a fifth of UK employees are now covered by the scheme — similar to the proportion enrolled on similar wage subsidy programmes in many other European economies.

Survey evidence suggests the take-up of the UK scheme could continue to climb: the Office for National Statistics found that two-thirds of businesses were applying to use it.

The Institute for Fiscal Studies, a think-tank, said the sectoral breakdown of the ONS survey suggested that 27 per cent of employees had been furloughed by early April.

Torsten Bell, director of the Resolution Foundation, a think-tank, said: “This should remind us how badly needed the retention scheme is, but also that we are likely to be living with the legacy of high unemployment that coronavirus has given Britain, long after it has been phased out.”

There is no reliable data yet on how many people are already unemployed, or have lost some or all of their income, due to the Covid-19 lockdown.

Therese Coffey, secretary of state for work and pensions, told MPs on Monday that the department had received 1.8m claims for universal credit between 16 March and the end of April, as well as more than 270,000 claims for contributory unemployment benefits. This was six times the normal volume, and while claims had stabilised, they were still coming in at double the pre-crisis rate, she added.

Many universal credit claimants could end up receiving other forms of government support. HMRC began contacting people who could be eligible for the government’s self-employment income support scheme on Monday; it will start accepting claims on 13 May and paying out by 25 May.

However, many recently self-employed people will not be eligible. Others have fallen through the cracks in the furlough scheme; this includes thousands who had recently started new jobs and many furloughed hospitality workers who will not be compensated for the large part of their income that usually comes from tips.

Coronavirus: Documents reveal how workplaces might change when lockdown is eased | UK News

Mon May 4 , 2020
Staggering shift times, reducing face-to-face interaction and keeping lifts half-empty are some of the workplace measures the government is considering as it looks to ease the lockdown. Seven government documents, drawn up by cabinet office minister Michael Gove and business secretary Alok Sharma, have revealed what guidance will be given […] 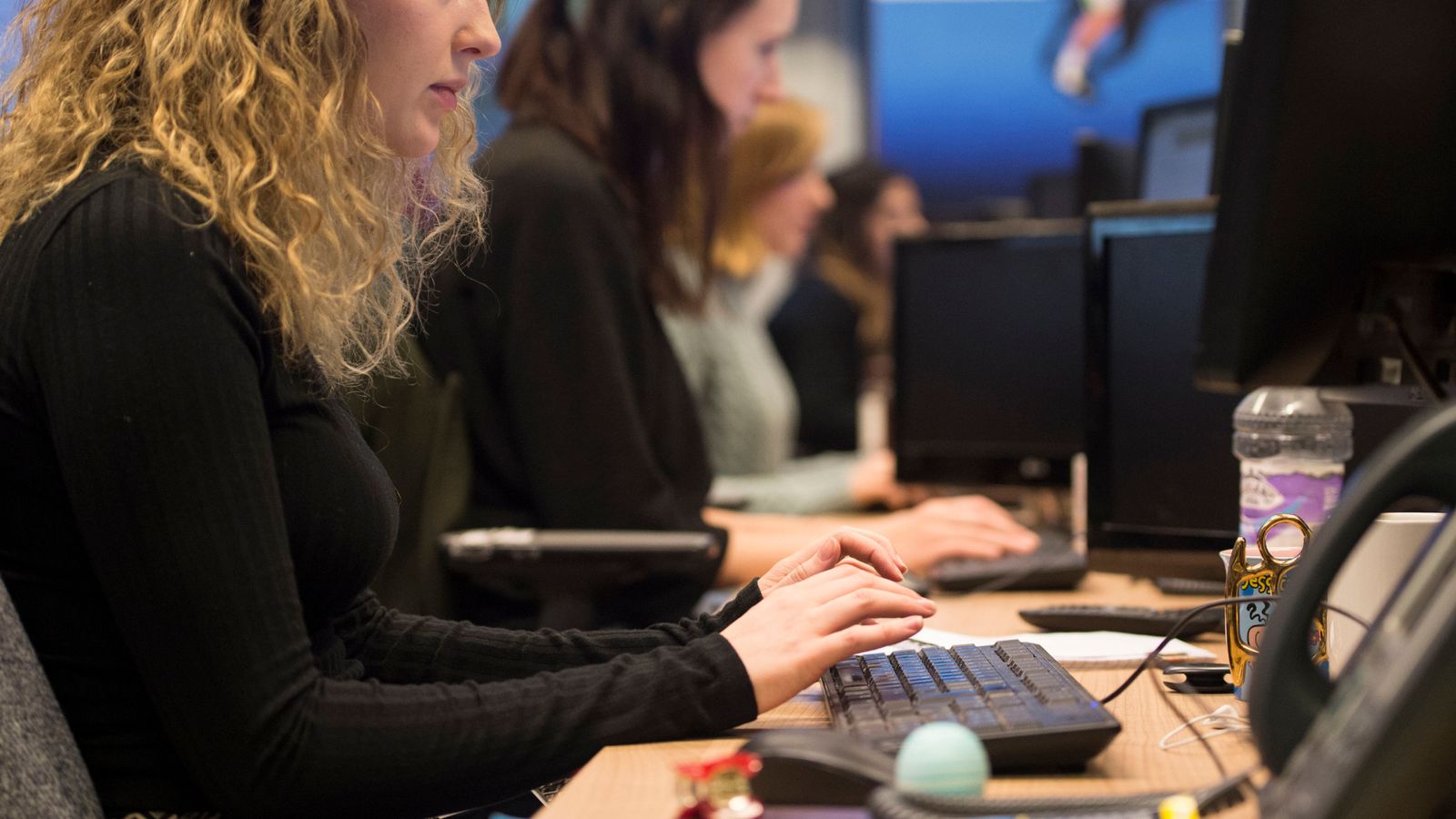