MILAN (Reuters) – Health workers and care providers in northern Italy are outraged by regional budget limits which they say have cut into payments despite a surge in work during the coronavirus emergency. FILE PHOTO: A man wearing a face mask walks a dog near the town hall in Bergamo […]

MILAN (Reuters) – Health workers and care providers in northern Italy are outraged by regional budget limits which they say have cut into payments despite a surge in work during the coronavirus emergency.

FILE PHOTO: A man wearing a face mask walks a dog near the town hall in Bergamo in northern Italy, which was badly hit by the coronavirus disease (COVID-19), May 13, 2020. REUTERS/Flavio Lo Scalzo

“When I received the message from Bergamo health services, I started crying,” said Maura Zucchelli, a partner in Itineris, a private contractor that provides home care support in the area near the Lombardy town of Bergamo.

“Basically they told us, in the first quarter you’ve gone over budget so we’re not paying you.”

Lombardy regional authorities did not respond to requests for comment.

Under normal budget rules, when private providers exceed a fixed budget, Lombardy authorities reduce funding to 40%. Once the budget excess goes beyond 6%, they stop funding altogether.

Itineris stepped up operations after Lombardy was hit badly by the coronavirus in late February and hospitals were overwhelmed.

“They asked us to do this, they said we had to provide this service,” she said. “They said take care of cases locally because there’s no room in the hospitals. And now?”

Medical staff in the neighbouring Piemonte region protested on Thursday at pay rises of just one euro ($1.10) per shift.

Massimo Sparpaglione, president of the Assedo association comprising private contractors and cooperatives groups in the sector, said others had complained of being penalised financially during the crisis.

ATS Bergamo, the local health agency, said the budget tariff system that controls payments to contractors was adjusted after March 23, so the first month of the crisis was treated under normal budget rules.

It said no decision had been taken on how to adjust the system for the second quarter.

Thu May 21 , 2020
LONDON (Reuters) – Britain’s economy flattened out a bit this month from its nosedive in April, but it remains in the grip of a severe contraction caused by the coronavirus lockdown, a business survey showed on Thursday. FILE PHOTO: Police officers are seen in Waterloo station during the morning rush […] 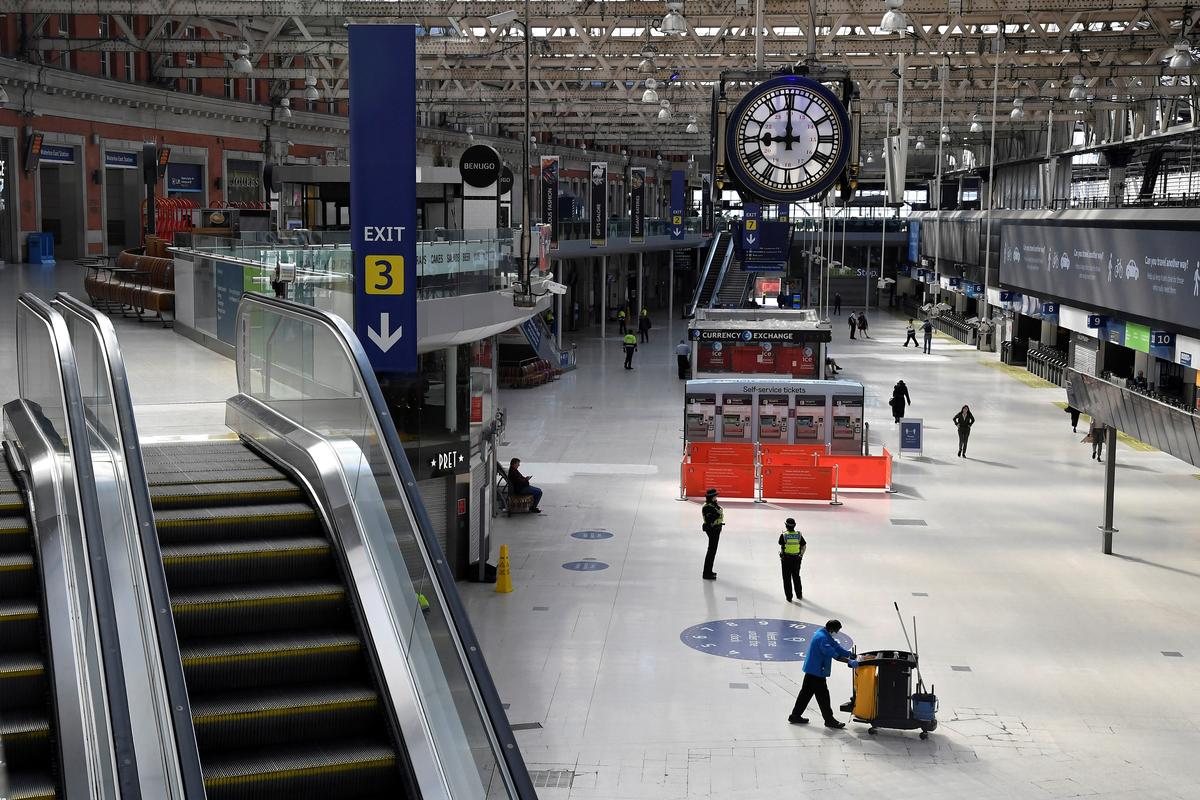