Mortgage options for many first time buyers have narrowed after a flurry of lenders withdrew low-deposit home loan deals from the market.

The move will have a disproportionate effect on people trying to get on to the property ladder, who accounted for two-thirds of mortgages with loan-to-value (LTV) ratios of 90 per cent or above, according to figures from the Financial Conduct Authority, the regulator, for the first half of 2019.

Virgin Money, Clydesdale Bank, Accord Mortgages, Ipswich Building Society, Melton Building Society and Furness Building Society this week pulled all products with a 90 per cent or higher LTV, with most citing a higher than expected demand for these loans but saying the move was “temporary”.

David Hollingworth, director at mortgage broker L&C, said that the options for low-deposit lending were already limited as the housing market emerges from lockdown. “When you’re one of only a few lenders offering high-LTV loans, that very quickly starts to look like something of a tidal wave of business coming in.”

Lenders are required to maintain a balance of risk across their loans, so if they experience a surge in demand for low-deposit lending, they typically look to choke off demand by raising the interest rates on their deals. Where so few lenders are offering high-LTV mortgages, a more effective option is to pull the deal from the market.

Aaron Strutt, product director at mortgage broker Trinity Financial, said: “The issue is that when a small number of lenders offer low deposit mortgages they get high levels of demand. And they don’t want to be offering too many high-risk products as it affects the spread of risk across the book.”

HSBC and Nationwide are among the few big lenders still to offer mortgages with a 90 per cent LTV. However, HSBC this week raised the rates on its high-LTV fixed-rate deals: for instance its three-year fixed-rate product rose by 0.15 points to 2.29 per cent.

Mr Strutt said brokers were logging on early each day to secure their clients’ loans, since the bank’s daily quota was quickly filled after opening.

It is the second time in four months that multiple lenders have pulled high-risk mortgages, having stepped back from the market at the outset of the coronavirus crisis, only to make a cautious return over the past few weeks.

The move will favour cash-rich buyers or those with assistance from parents, the so-called “bank of mum and dad” — an increasingly important factor among younger buyers.

More lenders may well return to the market if they see an opportunity to pick up new business without skewing their overall balance of risk.

Coventry Building Society, for instance, moved in the other direction, announcing that from Friday it would introduce two five-year, fixed-rate mortgage deals through brokers for those with a 10 per cent deposit. The offer has a very tight time limit, however, closing on Monday evening.

Neal Hudson, director at Residential Analysts, a market research company, said it was no surprise that lenders were acting with great caution given the bleak economic outlook.

“Everything that the lenders will be modelling in terms of potential risks to the market will be looking terrible, such as unemployment and income forecasts and what happens after the furlough scheme ends,” he said. “The banks have plenty of cash to lend but it’s the risk that it might go wrong if they do lend it.”

Broader constraints on the mortgage market are likely to persist for months, Mr Hudson added. “It might be until 2021 that we really see the consequences of the economic impact on the mortgage market. We’ve got the furlough and mortgage holidays. Lenders are going to be exhibiting as much forbearance as they can, so everything is going to get pushed out. This will be hanging over the market for quite some time.”

Fri Jun 12 , 2020
The UK government has taken tentative steps to flesh out what Brexit checks will be needed for Northern Ireland’s trade with Great Britain, in the face of a clamour from business in the region for detail on future trade with its biggest market.  HM Revenue & Customs told hauliers and […] 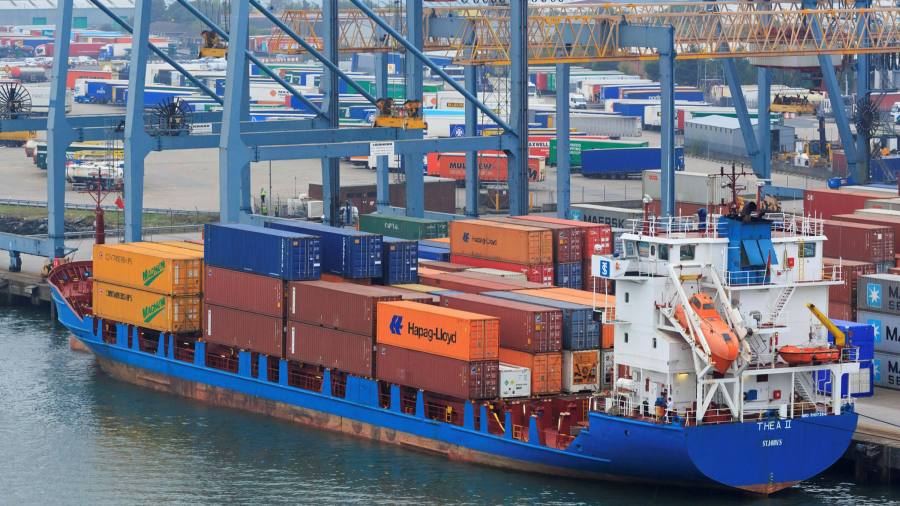