The majority of UK businesses are not confident they have the financial resources to stay open during the coronavirus pandemic, according to an official survey, as data show the economy contracted even before the disease struck.

Some 59 per cent of the 4,600 businesses that replied to a survey on the economic impact of coronavirus by the Office for National Statistics said they did not know or were not confident they had the financial resources to continue operating through the crisis.

The proportion soared to more than 70 per cent for companies working in construction, arts and entertainment, and accommodation and food services.

Nearly half of businesses also reported that their turnover was lower than normal, with only professional and ITC services reporting they were unaffected.

Despite the government’s job retention scheme, 29 per cent of businesses said they had to reduce staff numbers in the short term and a similar proportion reported cutting working hours.

The ONS experimental data covered the period between March 9 and 22; the research had been started recently to provide an up-to-date picture of the economy.

On Thursday, the ONS also released figures for the health of the economy that showed gross domestic product fell 0.1 per cent in February compared with January. This was worse than a 0.1 per cent expansion expected by economists polled by Reuters.

Construction was the worst-performing sector with a 1.7 per cent contraction as storms and heavy rain hampered work. February was the fifth-wettest calendar month since 1862, according to the Met Office.

“Construction saw a notable fall in February, as wet weather and flooding hampered housebuilding,” said Rob Kent-Smith, head of GDP at the ONS.

Output in the services sector, which accounts for about 80 per cent of the economy, flatlined despite the post-general election rebound of the real estate sector that provided the largest positive contribution to February’s services performance.

Since then the property market has virtually ground to a halt as social distancing measures have resulted in the closure of all estate agents and in a sharp contraction in activity, according to the sector’s surveys.

In contrast, travel agents and tour operators already experienced a sharp slowdown in February, with output falling to the lowest level since 2014. Respondents to the ONS study reported a reduction in cruise bookings and a general decline in orders overall.

The manufacturing sector was the best performer, with a 0.5 per cent expansion over the previous month.

This was driven by a 3.5 per cent increase in the pharmaceuticals sector as demand for drugs and medical products rose since the outbreak of coronavirus.

Samuel Tombs, chief UK economist at consultancy Pantheon Macroeconomics, said the stagnation of GDP in the first two months of 2020 “shows that talk of a post-election Boris bounce was just hot air”.

In the three months to February, the trade balance excluding precious metals moved into surplus for the first time since comparable records began more than 20 years ago. This surplus was caused by a large fall in goods imported from EU countries.

February’s output data are the last to refer to the pre-pandemic period.

Since mid-March, consumption has crashed following the lockdown that closed a large part of the services sector, including restaurants, cinemas and non-essential shops, while business activity plummeted to its lowest level in 20 years, according to survey-based data.

The figures came as the Department for Work and Pensions indicated that claims for universal credit, its main welfare benefit, had risen to 1.3m over the three weeks since March 16.

Although this was still much higher than usual, the rate is slowing, Therese Coffey, the work and pensions secretary told ITV’s Peston programme, that on Tuesday, the daily claim number fell to 40,000 although that was still around four times the usual daily amount.

According to the National Institute of Economic and Social Research, an economic research centre, the UK economy could shrink by 5 per cent in the first quarter, and if the lockdown continues, by between 15 per cent and 25 per cent in the second quarter.

Paul Dales, chief UK economist at consultancy Capital Economics, said February’s contraction looked like “the calm before the storm of a lifetime” because the coronavirus lockdown “will mean that in March and April GDP will fall at a speed and magnitude no one has ever seen and no economy has ever experienced before”.

Tell us about what’s happening around you. Are jobs being cut? Are workers being put at risk? Send your tips and stories to [email protected]

Mon Apr 13 , 2020
Coronavirus Article Bar with counter More The weather at Gleneagles was foul, dreich in a way that only a Scottish summer’s day can be, but the British Isles were bathed in worthiness.Related Posts:Small businesses cut jobs as furlough scheme winds down Bob Geldof had been singing in Hyde Park and […] 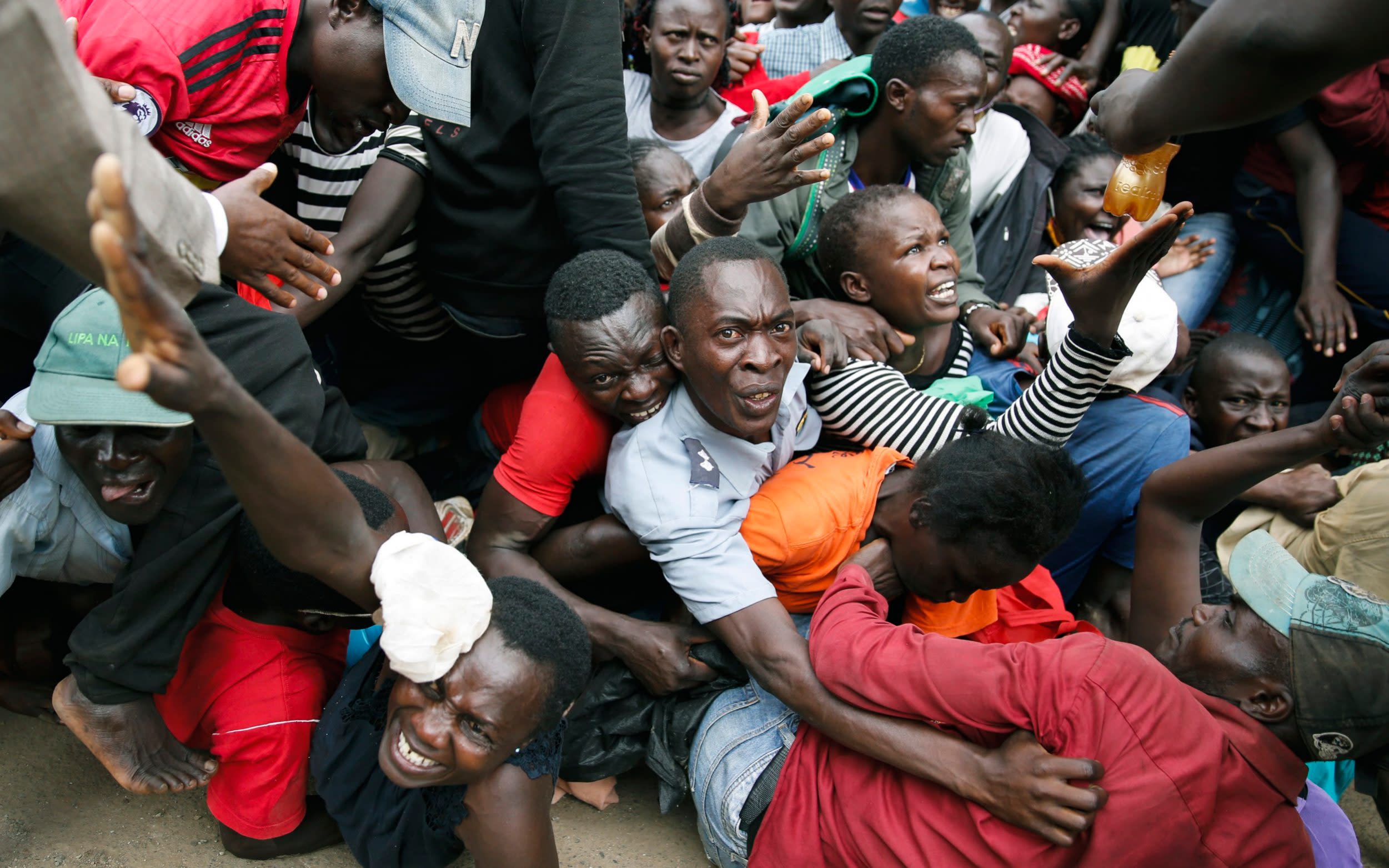