UK authorities have found no evidence of modern slavery offences in the first round of inspections on Boohoo subcontractors in Leicester, underlining the challenge of tackling allegations about the city’s illegal garment factories.

Over the past week seven separate government agencies visited nine premises in Leicester, prompted by allegations about illegal work practices that Boohoo and Priti Patel, home secretary, have described as “appalling”.

The fast-fashion retailer has lost more than a third of its market value since a Sunday Times investigation exposed longstanding concerns about textile workers in Leicester being paid less than the minimum wage. Ministers also raised fears the cramped, unsafe garment factories helped make the city a hotspot for coronavirus.

But in spite of the concerted government effort to uncover abuses, the Gangmasters and Labour Abuse Authority has admitted that “no enforcement has been used during the visits”. “Officers have not at this stage identified any offences under the Modern Slavery Act,” the agency said.

The National Crime Agency, which also announced the visits to textile factories, said it would not give a “running commentary” on the investigation, but added the “visits are likely to continue”. One person briefed on the investigations said authorities were reluctant to publish further details over fears the sweatshops could move out of the city.

Boohoo on Wednesday attempted to shore up investor confidence by launching an independent review of its UK supply chain following allegations that left its board “shocked and appalled”.

Alison Levitt, a senior lawyer and former principal legal adviser to the Director of Public Prosecutions, will lead the investigation into whether Boohoo suppliers have complied with regulations on wages and working practices.

The company also announced a £10m investment to “eradicate supply chain malpractice”, which John Lyttle, chief executive, told the Financial Times was intended “to show how seriously we are taking the issue”.

Boohoo shares continued to slide on Wednesday, falling more than 14 per cent, in spite of the pledges to tighten up standards in its supply chain.

Big investors are pressing the company for answers and rival retailers such as Next, Asos, Very.co.uk and Berlin-based Zalando have temporarily dropped Boohoo products from their websites, citing concerns about the supply chain.

Boohoo has long said it takes a zero-tolerance approach to bad practice among suppliers. While it said it had not found “evidence of suppliers paying workers £3.50 per hour”, as the Sunday Times had claimed, it had identified breaches of its code by suppliers involved in the Nasty Gal order. Boohoo terminated its contracts with them.

Various government authorities have acknowledged systemic problems in Leicester’s textile sector for more than a decade. But little progress has been made in addressing Leicester’s fragmented industry, which includes more than 1,000 manufacturers typically employing less than 10 staff. Investigations have found that workers are often paid below minimum wage, with their hours under-declared.

The visits to Leicester factories over the past week included seven agencies — the GLAA, Leicestershire Police, Leicester City Council, the National Crime Agency, Health and Safety Executive, Leicestershire Fire and Rescue and Immigration Enforcement — which are all responsible for policing different aspects of Leicester’s workplace problems.

HM Revenue & Customs, which is responsible for enforcing the minimum wage, and the Employment Agency Standards Inspectorate were not mentioned as taking part in the visits.

Boohoo said it “welcomed” the opportunity to work with authorities to “eliminate any instances of labour malpractice in Leicester”.

Matthew Taylor, the government’s director of labour market enforcement, has welcomed proposals to merge some of the bodies responsible for wages and workplace standards. But he told the FT there needed to be “much greater ambition”, so a single enforcement body could be established with the capacity to make a significant difference.

Wed Jul 8 , 2020
Rishi Sunak made young people and low-income workers the focus of a £30bn summer statement intended to avert mass unemployment but business groups say the biggest measure — a bonus for bringing back furloughed workers — will not prevent a wave of job losses. At a potential cost of £9bn, […] 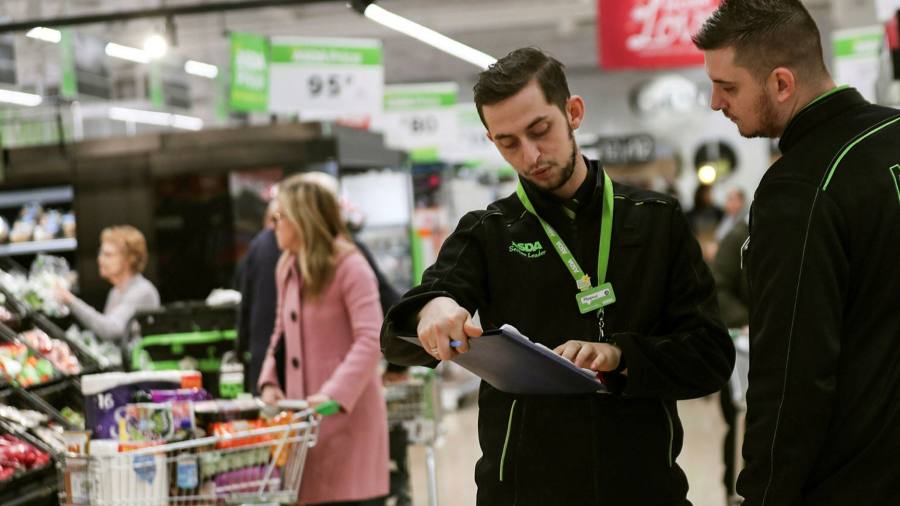