(Reuters) – Netflix Inc (NFLX.O) on Tuesday reported a surge in new sign-ups as audiences stayed in their homes to help fight the novel coronavirus and binged on series such as “Tiger King,” but the company predicted a weaker second half of the year if quarantine orders are lifted.

The world’s largest streaming service gained 15.8 million paying customers in the first three months of the year, bringing its global total to 182.9 million at the end of March. That nearly doubled the average Wall Street expectation of nearly 8 million, according to FactSet.

The company warned, however, that it expected fewer new customers from July to December compared with a year earlier. Many people who would have joined then are likely to have already signed up, executives said.

“We expect viewing to decline and membership growth to decelerate as home confinement ends,” Netflix said in a letter to shareholders.

The company is among the few businesses to benefit from government orders imposed in March to keep people in isolation amid the coronavirus threat. While the S&P 500 Index .SPX has fallen 19% from its Feb. 19 record high, Netflix has gained 11% during the same period.

Netflix also issued a bullish forecast that it would add 7.5 million new customers for the current quarter, which ends in June, though the company said it was “mostly guesswork” given uncertainty over when stay-at-home orders might be lifted. Analysts surveyed by FactSet had expected 3.8 million.

Appreciation of the U.S. dollar, due partially to the coronavirus crisis, dragged on international revenue, the company said.

In the quarter, Netflix true-crime documentary “Tiger King” about a colorful zookeeper became a cultural sensation. It also released reality show “Love is Blind” and a new season of Spanish-language thriller “Money Heist.”

As streaming video has grown in the United States, the market has become more competitive with the debut of Walt Disney Co’s (DIS.N) Disney+ and upcoming rivals. That has pushed Netflix to look for growth overseas.

The company’s biggest expansion from January through March came from Europe, where it added 4.4 million new customers.

The most popular Netflix plan in the United States costs $13, nearly double the $7-per-month cost for Disney+.

Reporting by Akanksha Rana in Bengaluru and Lisa Richwine in Los Angeles; Editing by Bernard Orr and Matthew Lewis

Tue Apr 21 , 2020
(Reuters) – Snap Inc (SNAP.N) on Tuesday beat Wall Street estimates for quarterly revenue and user growth for its Snapchat app, as more people seek entertainment while they stay at home during the global coronavirus pandemic. FILE PHOTO: A woman stands in front of the logo of Snap Inc on […] 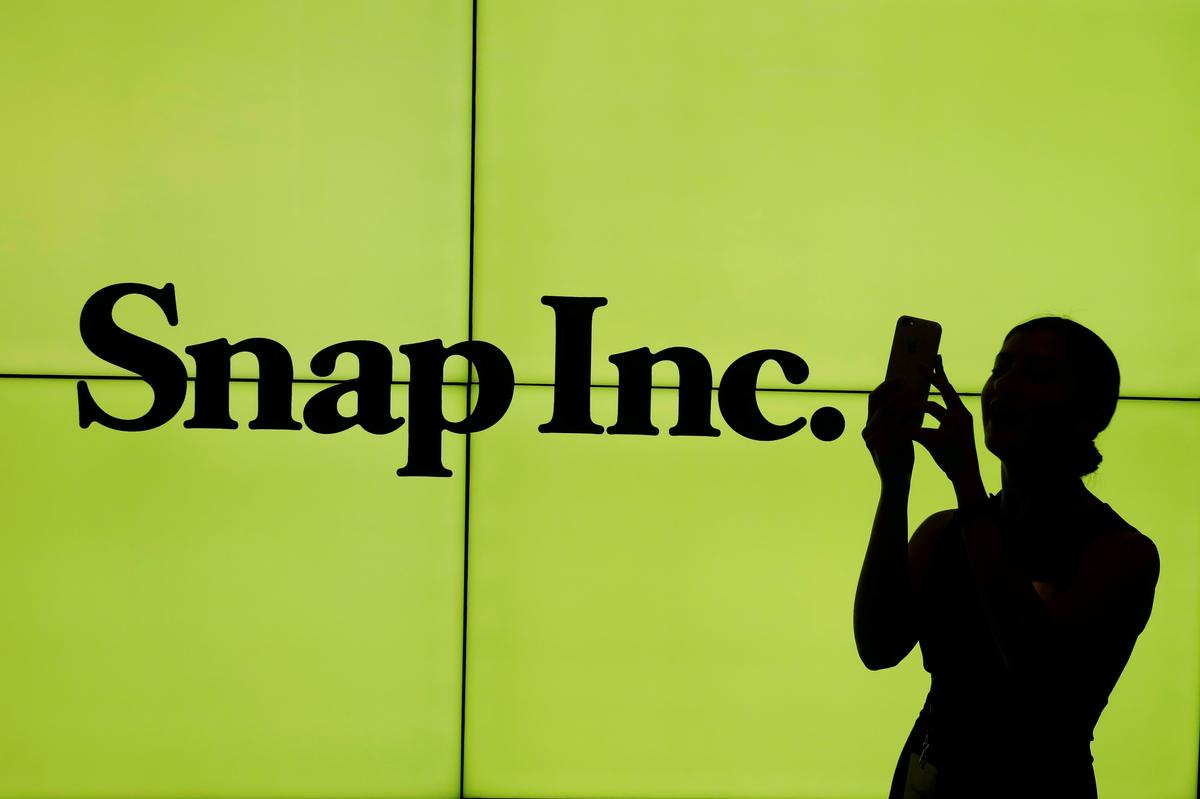