The number of new jobs in the UK has dropped by almost two-thirds compared with last year, with a coronavirus focused workforce of nurses, cleaners and warehouse staff now propping up the UK’s waning employment market.

Advertised jobs are seen by analysts as a leading indicator of the health of the UK employment market, but data taken from across UK job websites show a sharp decline in new staff being sought by British companies.

Steep falls in areas such as finance that last year were among the most active in recruitment have not been offset by an increase in jobs in the NHS, delivery, farming and warehousing.

Using data covering 85 per cent of jobs posted online in the UK across 256 job sites, Reed, the recruitment group, said that new roles being advertised had dropped 43 per cent in March compared to the same month in the previous year. This fall was 62 per cent when comparing the first two weeks of April.

The UK unemployment rate is expected to increase sharply in the coronavirus lockdown, although companies said that the worst of this will be alleviated by the government’s furlough scheme that covers 80 per cent of wages for workers temporarily laid off up to £2,500.

It’s a seismic impact. There are shockingly few jobs opening up in the next six months.

However, this will not stop companies from closing their doors, and sharply cutting back on new recruits given the millions now at home being paid by the government to do nothing.

Job vacancies fell by 52,000 to 795,000 for the first three months of 2020, according to the Office for National Statistics (ONS), but economists said that this was too early to see the effect of the pandemic on the market.

The average number of jobs posted per day, when taken over a week, has dropped as low as 2,000 — compared with a typical 8,000 per day before the coronavirus crisis began, according to James Reed, chairman of Reed.

“I used to worry when jobs were down a few per cent,” he said. “It’s a seismic impact. There are shockingly few jobs opening up in the next six months. Basically it’s coronavirus jobs and those working from home.”

He added that there was a mismatch between supply and demand, for example with a large number of nursing jobs unable to find applicants.

The health sector accounted for a fifth of new job ads in the first two weeks of April, up from just 10 per cent last year. Health, social care and civil services and education represented 36 per cent of the market in March, compared with a quarter in 2019.

Jobs in hospitality and leisure had been hardest hit, Mr Reed added, given the lockdown of the high street that has forced many outlets to close.

The contraction of the market is also notable as employers often start to seek new staff around this time of the year.

The Recruitment & Employment Confederation, which publishes a monthly survey of hiring intentions in partnership with Savanta ComRes, a research company, said on Friday that short term demand for permanent staff had fallen into negative territory for the first time on record, with a majority of employers saying they planned to cut staff over the next three months.

However, most employers still expected to make permanent hires over the next four to 12 months, and short-term demand for health and care workers, and for drivers, was still positive.

When oil became waste: a week of turmoil for crude, and more pain to come

Sun Apr 26 , 2020
(Reuters) – The magnitude of how damaged the energy industry is came into full view on April 20 when the benchmark price of U.S. oil futures CLc1, which had never dropped below $10 a barrel in its nearly 40-year history, plunged to a previously unthinkable minus $38 a barrel. FILE […] 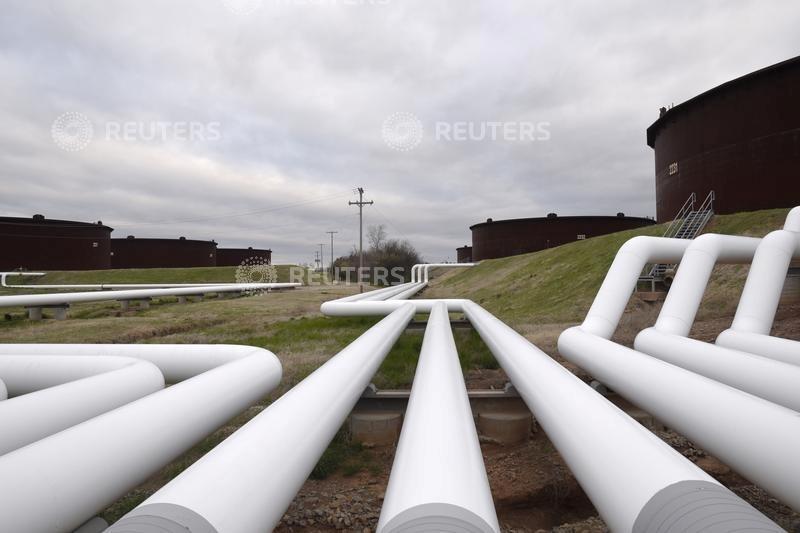