FILE PHOTO: People who lost their jobs are reflected in the door of an Arkansas Workforce Center as they wait in line to file for unemployment following an outbreak of the coronavirus disease (COVID-19), in Fort Smith, Arkansas, U.S. April 6, 2020. REUTERS/Nick Oxford/File Photo

The Labor Department’s weekly jobless claims report on Thursday, the most timely data on the economy’s health, is also expected to show the number of people on jobless benefits hitting a new record high in mid-May.

The report is being watched to assess how quickly the economy rebounds after businesses shuttered in mid-March to control the spread of COVID-19 and almost ground the country to a halt. While non-essential businesses are starting to reopen, claims have stayed at astonishingly high levels.

“I am concerned that we are seeing a second round of private sector layoffs that, coupled with a rising number of public sector cut backs is driving up the number of people unemployed,” said Joel Naroff, chief economist at Naroff Economics in Holland, Pennsylvania.

“If that is the case, given the pace of reopening, we could be in for an extended period of extraordinary high unemployment. And that means the recovery will be slower and will take a lot longer.”

The number of people filing new claims for state unemployment benefits likely totalled a seasonally adjusted 2.1 million for the week ended May 23, down from 2.438 million the prior week, according to a Reuters survey of economists.

The number has fallen steadily since hitting a record 6.867 million in late March, but have not registered below 2 million since mid-March. State governors have requested $500 billion to help cover public health expenses and lost tax revenues, underscoring the devastating impact of COVID-19 on the economy.

The Commerce Department is expected to confirm in another report on Thursday that gross domestic product contracted at a 4.8% annualize rate in the first quarter, the deepest decline in output since the 2007-09 Great Recession.

The second wave of layoffs could grow bigger, with Boeing (BA.N) announcing on Wednesday it was eliminating more than 12,000 U.S. jobs and also disclosing it planned “several thousand remaining layoffs” in the next few months.

The Federal Reserve’s Beige Book on Wednesday, comprising anecdotal information on business activity from contacts nationwide on or before May 18, was equally grim. Its depiction of the labour market said “employment continued to decrease in all districts” and “continued to fall sharply in retail and in leisure and hospitality sectors.”

In addition to the spill over to segments of the economy not initially impacted by the closure of nonessential businesses, some economists said initial claims were staying elevated also because of backlogs from the flood of applications that overwhelmed state unemployment offices.

But this was dismissed by many who argued these backlogs should have been eliminated by now.

There is also belief that state employment offices are combining filings for the federal government’s Pandemic Unemployment Assistance (PUA) programme with regular jobless claims instead of separating them as required by the Labor Department.

The PUA programme is for gig workers and many others who do not qualify for regular unemployment insurance. They, however, must first file for state benefits and be denied in order to get federal aid for coronavirus-related job and income losses.

Last week’s filings would raise the number of people who filed claims for unemployment benefits to above 40 million since March 21. Economists cautioned this figure does not represent the number of jobs lost due to the pandemic, citing technical difficulties and procedures at state unemployment offices.

The focus should be on the number of people still receiving unemployment benefits. These so-called continuing claims could shed light on the effectiveness of the government’s Paycheck Protection Program.

The PPP, part of a historic fiscal package worth nearly $3 trillion, offered businesses loans that could be partially forgiven if they were used for employee salaries.

Continuing claims, which are reported with a one-week lag, likely increased to a record 25.750 million in the week ending May 16 from 25.073 million in the prior week, according to the Reuters survey. This data will cover the period during which the government surveyed households for May’s unemployment rate.

Based on the forecast, continuing claims increased roughly by 7.7 million between the April and May survey periods, suggesting a surge in the unemployment rate from last month’s post-World War Two record of 14.7%.

“Now is a good time to think how many of those people who lost their jobs are going to get them back, my sense is 25% will not and that’s what gives us the double digit unemployment rate well into 2021,” said Joe Brusuelas, chief economist at RSM in New York. “The bankruptcies of small and medium enterprises will result in a much higher rate of permanent layoffs.”

Will ageism get worse in the post-pandemic workplace?

Thu May 28 , 2020
In 2017, a group of US researchers reported what happened when they sent out more than 40,000 job applications. The applications, all fictitious, were for positions in administration, security and retail, and came from people aged 29-31, 49-51 or 64-66. The results were predictable. The older the applicant, the less […] 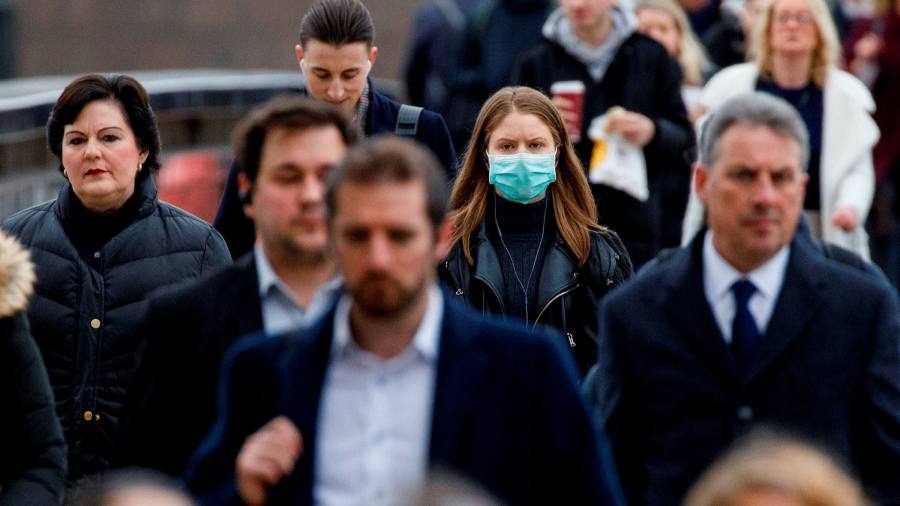