Doctors’ leaders on Sunday hit out at the government after it told hospitals to stop buying their own safety kit to protect staff from coronavirus and instead rely on gear provided by the National Health Service.

The instruction to NHS hospital trusts follows prolonged complaints by doctors and nurses about shortages of personal protective equipment (PPE), including gowns and visors, when treating Covid-19 patients.

In a letter to trust procurement staff, Jonathan Marron, a senior Department of Health official responsible for PPE, and Emily Lawson, chief commercial officer of NHS England, said global demand for PPE and other supplies was unprecedented.

“Therefore it is vital that the UK government procures items nationally rather than individual organisations compete with each another for the same supplies, to protect the health of NHS staff and patients across the whole country,” they added in the letter, dated May 1 and seen by the Financial Times.

The health department defended the letter by Mr Marron and Ms Lawson as a “sensible measure” that “also allows us to achieve the best commercial terms through volume”.

But doctors’ leaders and procurement staff at hospitals expressed concern that they would in future be reliant on a national NHS procurement operation that had consistently failed to secure sufficient PPE when they needed it.

Trevor Pickersgill, British Medical Association chief officer, said: “If national stockpiles or supply chains were up to standard there would be no need for providers to try to source their own PPE, and therefore no need for such an edict that is so out of touch with what’s happening on the ground.”

It appeared to be “another admission of government failure in ensuring the protection of our invaluable healthcare staff”, he added.

One head of procurement at a leading hospital, who did not wish to be named, said: “The demand coming out of the NHS for some of these products is likely to continue dwarfing what is on order nationally.”

If hospitals now halted their own efforts to locate PPE and other supplies, the results could be catastrophic, he added.

The Health Care Supply Association, which represents procurement professionals, said it supported “a more structured and collegiate approach to the sourcing of vital PPE”.

But it noted that “local sourcing outside of the national system” had for most NHS trusts “been the only way to ensure access to a satisfactory volume and range of PPE”.

The new arrangement outlined in the letter by Mr Marron and Ms Lawson offered the “best of both worlds — the maximum number of people across the NHS seeking to purchase much needed equipment, but appropriate co-ordination between national and trust levels to ensure we maximise value for taxpayers”.

The letter by Mr Marron and Ms Lawson said the list of goods which must now only be bought centrally includes PPE and mechanical ventilators.

Details of any significant procurement already in progress” of items on the list should be flagged to relevant NHS trust heads of procurement working with a government team, said Mr Marron and Ms Lawson in the letter.

“The national team can help you to conclude the deal, reimburse you, and manage the products through the national stocks,” they added.

Sun May 3 , 2020
McDonald’s has said it is hoping to reduce the rent it pays to landlords as it slowly begins reopening its branches. The fast food chain closed its doors on 22 March after the government outlined strict social distancing measures because of the coronavirus pandemic. The firm announced earlier this week […] 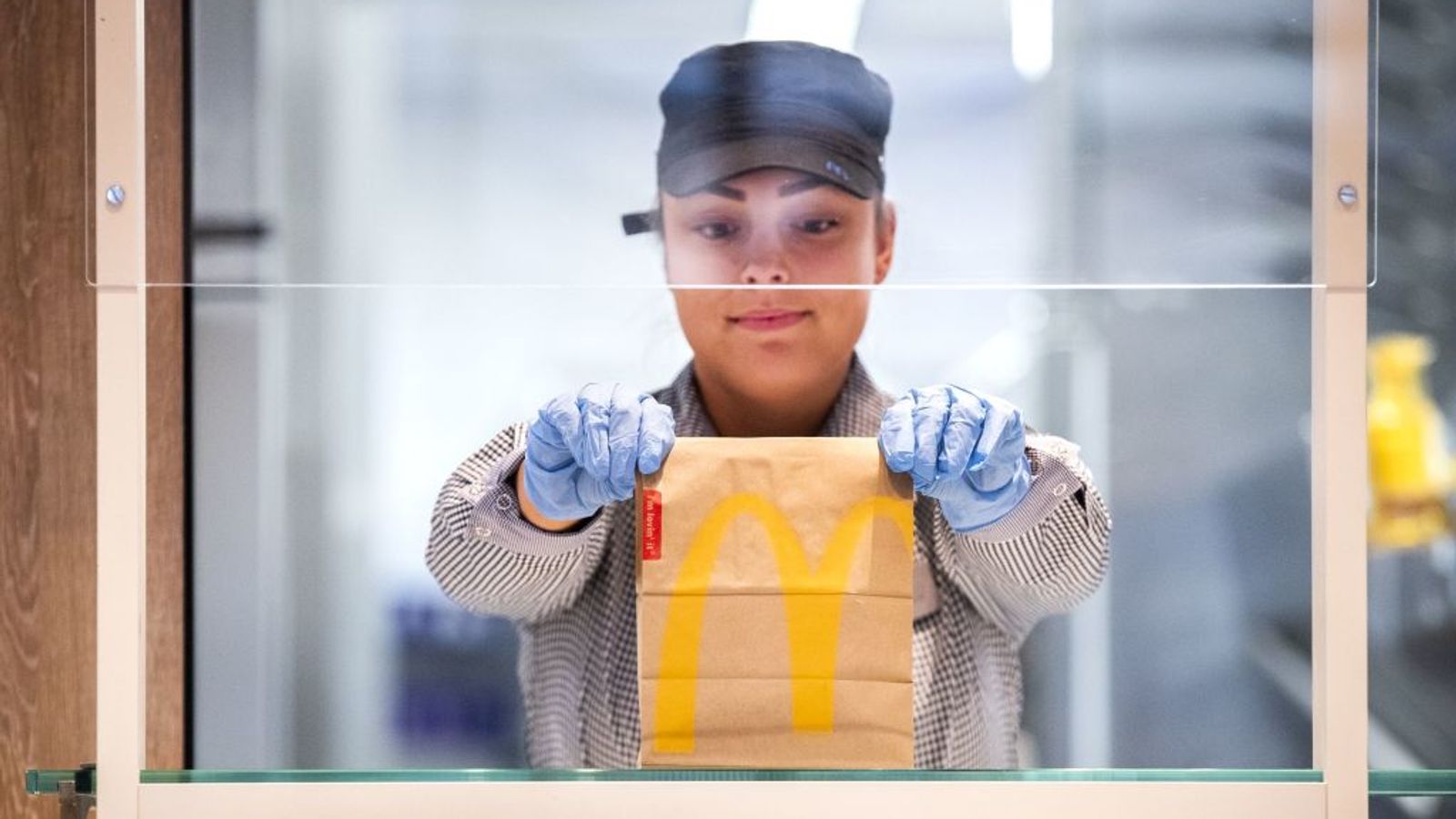