The Scottish government has set out a cautious route map for restarting parts of the economy closed by the coronavirus lockdown, signalling a resumption from May 28 of construction projects and the reopening of the housing market, garden centres and drive-through restaurants.

The plans published on Thursday broadly match the thrust of steps announced earlier this month by the UK government for England, but with greater stress on the risks of overly rapid action.

Nicola Sturgeon, first minister, told the Scottish parliament she expected the initial easing to start from May 28, but that this and further phases would depend on a continued fall in the number of people infected with Covid-19 from the current estimate of 25,000.

“If we move too quickly or without proper care, [the virus] could run out of control again very quickly,” Ms Sturgeon said. “The danger of a second wave later in the year is very real indeed.”

A spokesman for Prime Minister Boris Johnson said Ms Sturgeon’s announcement showed the UK government’s approach was working. “We set the road map a few weeks ago and now the devolved administrations are following that path,” he said.

Mairi Spowage of Strathclyde university’s Fraser of Allander Institute said the route map made clear that large parts of the Scottish economy would remain mothballed or operating well below capacity for many months to come.

Under the first phase of easing, remote working will remain the default where possible but “non-essential outdoor workplaces” will be allowed to reopen as long as workers can maintain physical distancing.

“Overall the approach is more cautious than the relaxation of measures in England, with more of a focus still on staying at home and staying local,” Ms Spowage said.

Scotland’s construction sector, which was told to halt at the beginning of lockdown while it was officially allowed to continue operating in England, will restart following agreement on how to limit risks.

The CBI employers’ lobby welcomed the plan, which it said “puts safety first”.

“For the Scottish construction industry, which has been hit so hard by the crisis, the resumption of activity in phase one will come as a significant relief,” said Tracy Black, CBI Scotland director.

The route map enables preparations to begin to reopen the Scottish housing market, for a “gradual” reopening of drive-through restaurants, and the reopening of garden centres with physical distancing.

Outdoor, physically distanced meetings with members of other households will be permitted, as will non-contact activities such as golf, outdoor swimming and angling.

Ms Sturgeon took a markedly different approach to schools from that adopted for England by Mr Johnson, whose plans to bring back pupils in reception, year 1 and year 6 by June 1 are now in disarray.

In the first phase of Scotland’s easing, more staff will return to work in schools and there will be increased childcare provision for key workers and vulnerable groups.

School education is now expected to resume for almost all pupils on August 11 using a “blended model of part-time in-school teaching and part-time in-home learning”. The government said resumption would be “explicitly contingent” on scientific and medical advice that it was safe.

“If we are to get children back to school . . . we have to persuade parents and pupils that it is safe to go otherwise the whole thing will not work,” Ms Sturgeon said.

Andrew McRae, Scotland policy chair at the Federation of Small Businesses, said the route map was “the first step required to getting our economy moving”, but that many businesses would need to change their workplaces.

“At the moment there’s little guidance for firms in Scotland regarding what those alterations might be,” Mr McRae said.

Thu May 21 , 2020
FILE PHOTO: The Luxottica name is reflected in a pair of sunglasses in this photo illustration taken in Rome February 4, 2016. REUTERS/Alessandro Bianchi MILAN (Reuters) – Italian eyewear maker Luxottica will give employees a monitor that alerts them if they are not respecting social distancing rules and keeps track […] 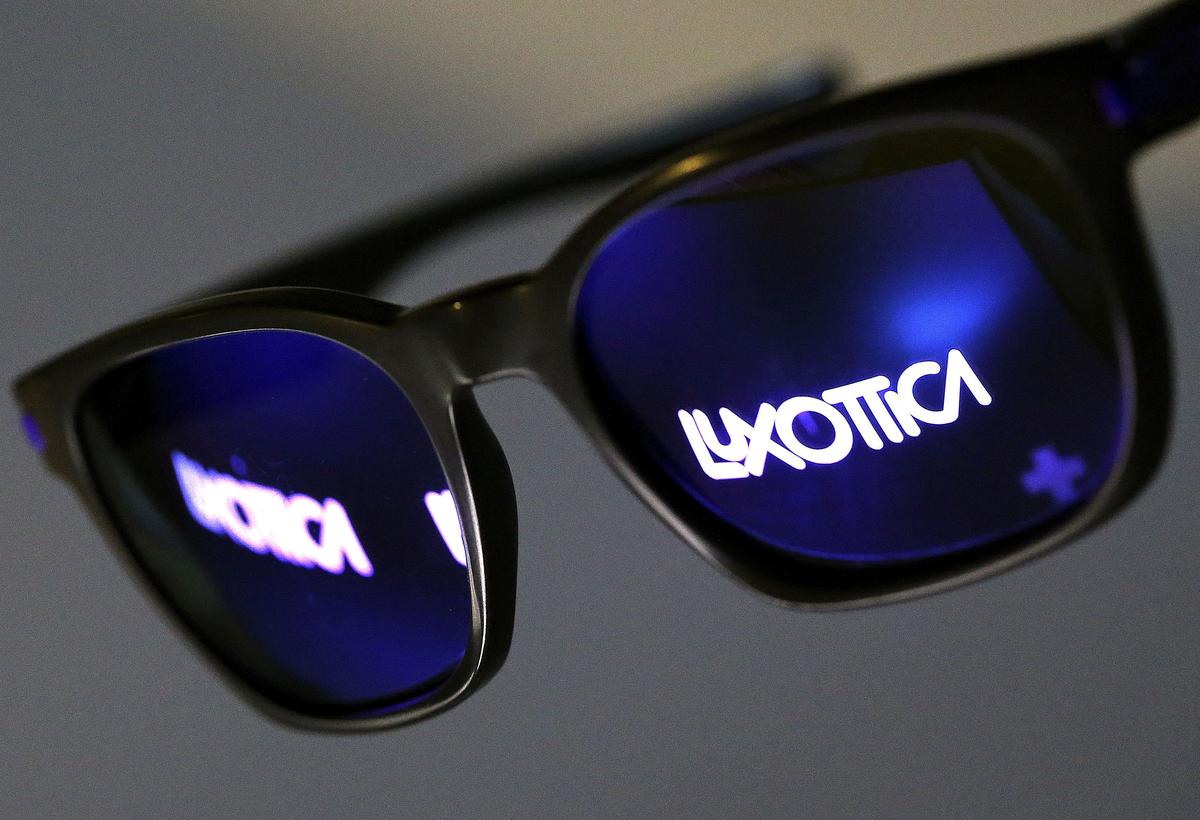